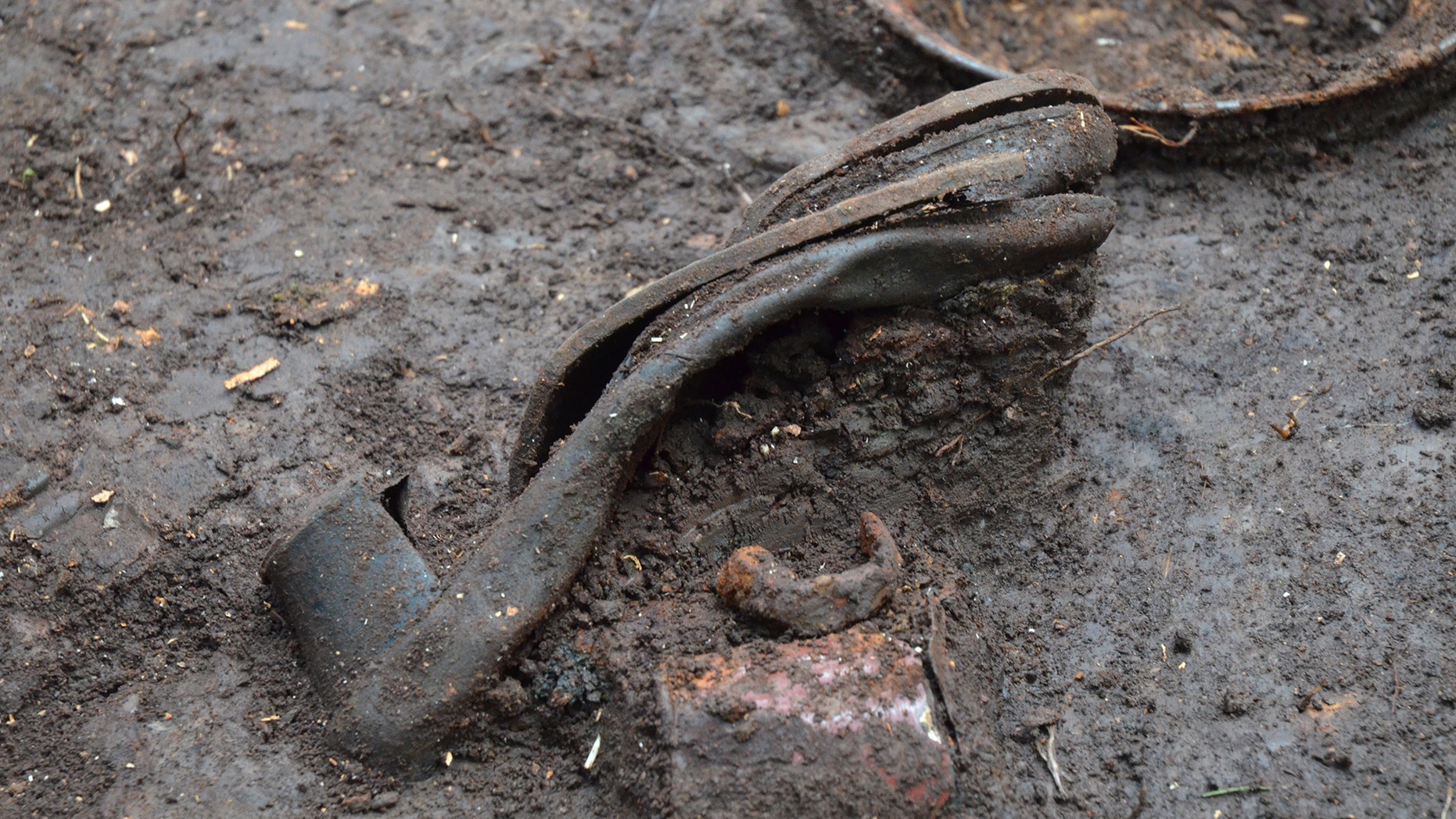 A woman’s shoe discovered at one of the massacre sites. (LWL/Maria Hahne)

Hundreds of chilling items have been discovered at Nazi massacre sites in northwestern Germany.

The finds were uncovered at three sites in the Arnsberg forest, where members of the Waffen-SS and German army massacred 208 Polish and Russian forced laborers in March 1945, just before the end of World War II.

Local government officials from Landschaftsverband Westfalen-Lippe (LWL) have confirmed the grim discoveries, made during excavations in 2018 and early 2019.

Archaeologists dug up more than 400 items, which include shoes, pieces of clothing, cooking utensils, as well as a prayer book and a Polish dictionary. 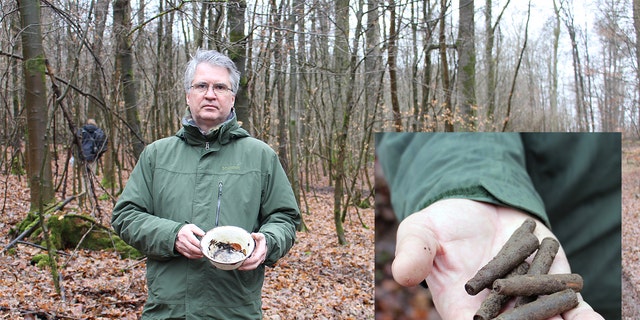 Cartridge cases and an enamel bowl found at one of the massacre sites are shown by Dr. Marcus Weidner, a historian at the LWL Institute for Westphalian Regional History.
(LWL/Kathrin Nolte)

Most of the items were found at the first massacre site, where 71 people, including 60 women and one child, were killed. After telling their victims that they were being taken to new prison housing, the killers told them to drop their clothes and belongings on the roadside, according to LWL.

“They probably wanted to make them believe they could pick up their things before they went back to the promised new accommodation,” the organization explains in a statement.

Cartridge cases found at the forest site prove that the laborers were led to the slope of a brook and shot. Some cases were also found scattered nearby, suggesting that some of the victims were killed while attempting to escape.

Fewer artifacts were found at the other two massacre sites, although parts of a harmonica, a spectacle case and a comb were found at one location. At the third site, Soviet coins that belonged to the forced laborers were found. “These pieces probably represented valuable memories of their homeland,” explained LWL. 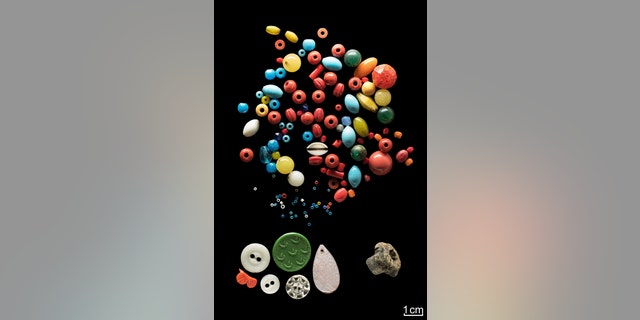 Beads, buttons and a yarn roll fragment that belonged to the victims. (LWL/Thomas Poggel)

The Waffen SS and German Army killers robbed their victims, although LWL notes that the Soviet coins were useless to the murderers, so were left behind in the forest.

The victims’ bodies were exhumed under the supervision of Allied forces after World War II. LWL explains that the U.S. Army commanded former Nazi party members to exhume the bodies at two of the sites. To make the local populace fully aware of the atrocity, the entire local population was ordered by U.S. forces to view the corpses before their reburial.

Except for seven corpses that were never found, the massacre victims are now buried in a forest cemetery in the town of Meschede. 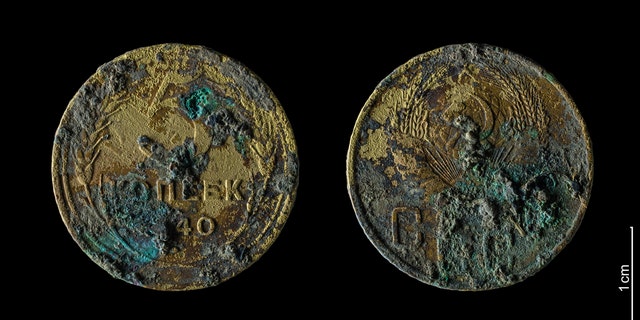 5 Soviet kopecks discovered at one of the massacre sites.
(LWL/Thomas Poggel)

However, only a handful of the massacre victims’ names are known, and only 14 have so far been identified. The latest discoveries could help identify more of the victims, officials say.

"In a place like this, it becomes clear how close our history still is to us," said Dirk Wiese, the Federal Government Commissioner for the Federal Republic of Germany, in the statement. "We have to be aware of this in our relations with the successor states of the Soviet Union, where the memory of National Socialist crimes often directly touches family histories, and children and grandchildren have a right to know why family members did not return from Germany."

TROVE OF LOST JEWISH ARTIFACTS, THOUGHT TO HAVE BEEN DESTROYED IN THE HOLOCAUST, DISCOVERED 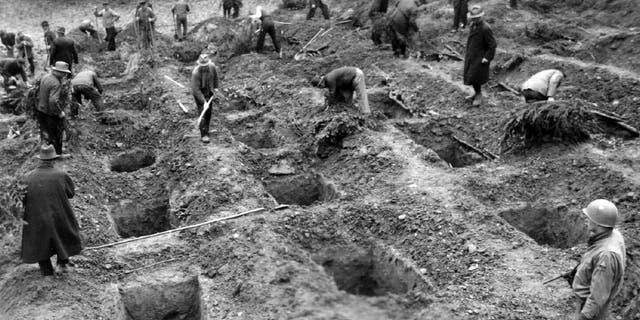 Archaeological excavations offer a glimpse into the horrific events of World War II. In 2017, for example, experts uncovered two ritual baths in the remains of the Great Synagogue of Vilnius, in Lithuania, more than 70 years after its destruction during the Holocaust.

In a separate project in Lithuania, a tunnel used by Jewish prisoners to escape the Nazis was discovered.