Becoming an astronaut is something that many people dream of, yet the long-term effects of space travel are often overlooked.

Now, researchers believe they may have a way of protecting astronauts against bone loss during long space missions – gene-edited lettuce.

Experts from the University of California, Davis have developed transgenic lettuce that has been genetically engineered to produce a bone-stimulating hormone, and say it could be grown in space.

While safety restraints mean they’re yet to give the important ‘taste test’ to the lettuce, the team says it’s likely it will taste very similar to its regular counterpart. 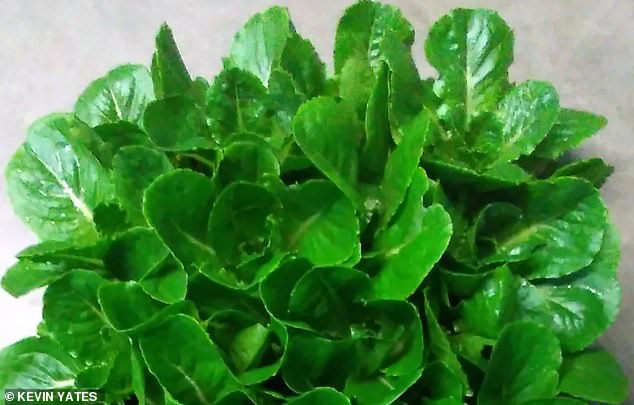 Experts from the University of California, Davis claim that transgenic lettuce that has been genetically engineered to produce a bone-stimulating hormone could be grown in space 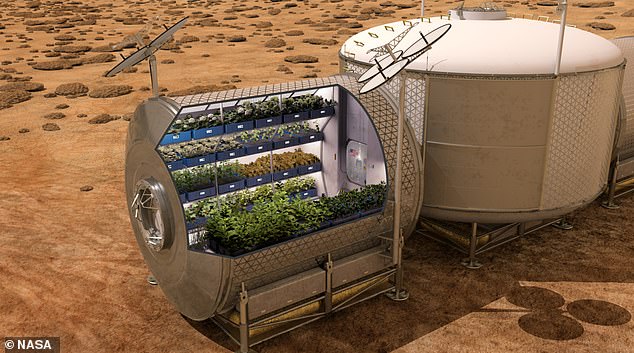 Microgravity presents a serious issue for astronauts during long-term space flight, decreasing bone density and increasing the risk of bone fractures. Now, researchers believe they may have a way of protecting astronauts against bone loss during long space missions – gene-edited lettuce

Bone and muscle loss in microgravity

The human body evolved within the constant pull of Earth’s gravity.

In the microgravity environment aboard the orbiting International Space Station, bones and muscles don’t have to support the body’s mass (weight on Earth).

Without Earth-like exercise, astronauts would experience bone and muscle loss or atrophy during their stays in space.

This may cause serious health issues from injuries due to falls or osteoporosis for both astronauts and people on Earth.

Previous research has confirmed that during long space missions, astronauts suffer from a condition known as osteopenia, which causes the bones to weaken.

‘Weakening of the bones due to the progressive loss of bone mass is a potentially serious side-effect of extended spaceflight,’ NASA said.

‘Studies of cosmonauts and astronauts who spent many months on space station Mir revealed that space travellers can lose (on average) 1 to 2 percent of bone mass each month.’

To counter this effect, astronauts on board the International Space Station (ISS) have certain exercise regimens they follow.

However, astronauts are not typically on the ISS for longer than six months.

Looking ahead, NASA is planning to send humans to Mars sometime in the 2030s – a mission that will last at least three years and will put them at higher risk for osteopenia.

One option would be for astronauts to take medication containing a peptide fragment of human parathyroid hormone (PTH), which stimulates bone formation.

However, transporting large quantities of the medication is not practical.

In their new study, the team looked at ways for astronauts to produce the peptide fragment themselves while in space.

Their solution is transgenic lettuce seeds that have been genetically edited to produce the PTH.

‘Astronauts can carry transgenic seeds, which are very tiny — you can have a few thousand seeds in a vial about the size of your thumb — and grow them just like regular lettuce,’ said Dr Somen Nandi, one of the authors of the study.

‘They could use the plants to synthesize pharmaceuticals, such as PTH, on an as-required basis and then eat the plants.’ 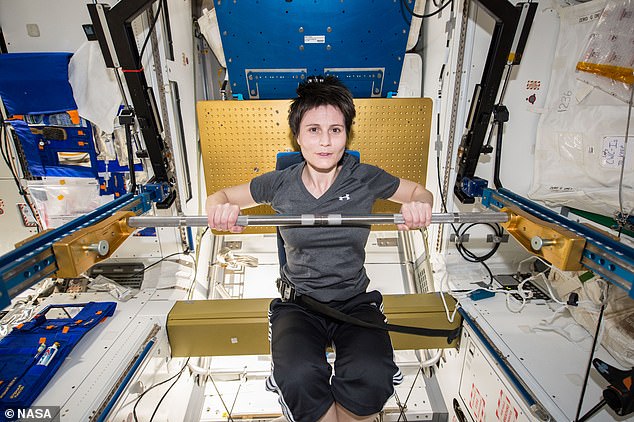 Astronauts on board the International Space Station (ISS) have certain exercise regimens. However, astronauts are not typically on the ISS for longer than six months. Pictured: Flight engineer and European Space Agency (ESA) astronaut Samantha Cristoforetti exercises on the Advanced Resistive Exercise Device

Back in November, NASA announced that it had successfully grown the first chile peppers in space, with astronauts on the International Space Station turning the fruit into tacos.

The US space agency said the chile peppers were grown for the Plant Habitat-04 investigation.

‘The investigation involved microbial analysis to improve understanding of plant-microbe interactions in space and the crew’s assessment of flavor, texture, and nutrition of the first peppers grown in space,’ NASA said.

A piece of a protein called a fragment crystallizable (Fc) domain was attached to the peptide.

Fc has has previously been shown to increase the time peptides circulate in the body, making it more effective.

Then, to introduce the peptide and Fc (together known as PTH-Fc) to the lettuce, the researchers used a species of bacteria called Agrobacterium tumefaciens.

During screening, the researchers found that the lettuce expressed about 10-12 milligrams of PTH-Fc per kilogram.

This means that astronauts would need to about eight cups (380 grams) of lettuce a day to get a sufficient dose of the hormone.

For context, a standard head of lettuce weighs around 300 grams.

‘One thing we’re doing now is screening all of these transgenic lettuce lines to find the one with the highest PTH-Fc expression,’ explained Dr Karen McDonald, one of the researchers on the project.

‘We’ve just looked at a few of them so far, and we observed that the average was 10-12 mg/kg, but we think we might be able to increase that further.

‘The higher we can boost the expression, the smaller the amount of lettuce that needs to be consumed.’

Unfortunately, due to safety constraints, the researchers have been unable to taste the lettuce.

However, they anticipate that it’s likely to taste very similar to its regular counterpart.

The team now plans to send their transgenic lettuce seeds to the ISS to see how they grow in space.

Kevin Yates, a researcher on the project, added: ‘I would be very surprised that if, by the time we send astronauts to Mars, plants aren’t being used to produce pharmaceuticals and other beneficial compounds.’