Astronomers who were looking for signs of distant stars being booted out of the Milky Way have revealed a shocking discovery.

Instead of stars leaving, they found stars instead heading inwards – and say they may have come from another galaxy.

The team also found 20 stars going so fast they expect them to escape our galaxy. 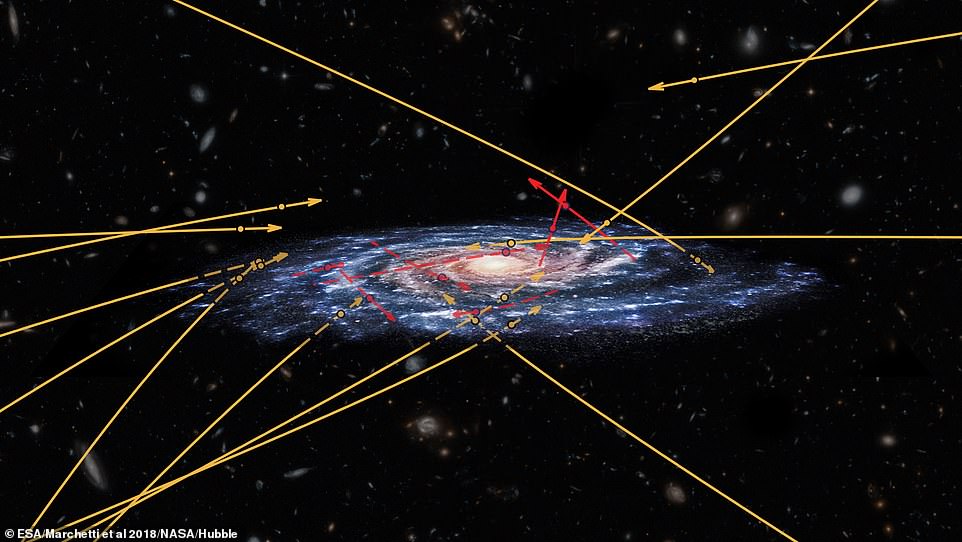 The positions and reconstructed orbits of 20 high-velocity stars, represented on top of an artistic view of our Galaxy, the Milky Way. These stars were identified using data from the second release of ESA’s Gaia mission. The seven stars shown in red are sprinting away from the Galaxy and could be travelling fast enough to eventually escape its gravity. Surprisingly, the study revealed also thirteen stars, shown in orange, that are racing towards the Milky Way, which could be stars from another galaxy, zooming right through our own.

For 1.3 billion stars, Gaia measured positions, parallaxes – an indicator of their distance – and 2D motions on the plane of the sky. For seven million of the brightest ones, it also measured how quickly they move towards or away from us.

‘Of the seven million Gaia stars with full 3D velocity measurements, we found twenty that could be travelling fast enough to eventually escape from the Milky Way,’ explains Elena Maria Rossi, one of the authors of the new study.

Elena and colleagues, who had already discovered a handful of hypervelocity stars last year in an exploratory study based on data from Gaia’s first release, were pleasantly surprised, as they were hoping to find at most one star breaking loose from the Galaxy among these seven million. And there is more.

‘Rather than flying away from the Galactic centre, most of the high velocity stars we spotted seem to be racing towards it,’ said study co-author Tommaso Marchetti of Leiden University in the Netherlands.

‘These could be stars from another galaxy, zooming right through the Milky Way.’

It is possible that these intergalactic interlopers come from the Large Magellanic Cloud, a relatively small galaxy orbiting the Milky Way, or they may originate from a galaxy even further afield.

If that is the case, researchers say they will carry the imprint of their site of origin, and studying them at much closer distances than their parent galaxy could provide unprecedented information on the nature of stars in another galaxy – similar in a way to studying martian material brought to our planet by meteorites.

‘Stars can be accelerated to high velocities when they interact with a supermassive black hole,’ Elena Maria Rossi, one of the authors of the new study, said.

‘So the presence of these stars might be a sign of such black holes in nearby galaxies.

‘But the stars may also have once been part of a binary system, flung towards the Milky Way when their companion star exploded as a supernova.

‘Either way, studying them could tell us more about these kinds of processes in nearby galaxies.’

An alternative explanation is that the newly identified sprinting stars could be native to our Galaxy’s halo, accelerated and pushed inwards through interactions with one of the dwarf galaxies that fell towards the Milky Way during its build-up history. 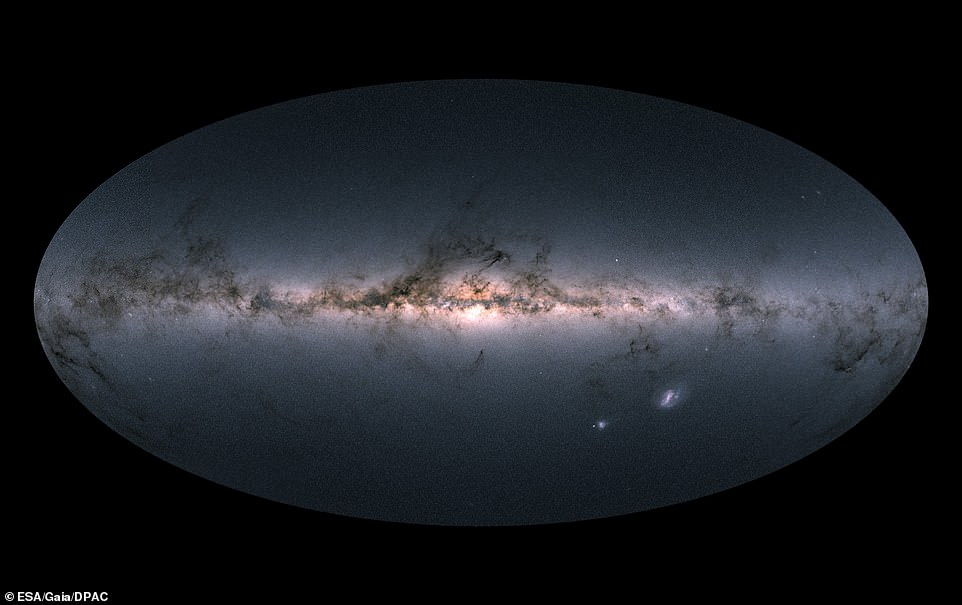 Additional information about the age and composition of the stars could help the astronomers clarify their origin.

‘A star from the Milky Way halo is likely to be fairly old and mostly made of hydrogen, whereas stars from other galaxies could contain lots of heavier elements,’ says Tommaso.

‘Looking at the colours of stars tells us more about what they are made of.’