‘Fear’ is the most widespread emotion on social media for the fourth day in a row as coronavirus continues to spread around the world, study shows

Fear is spreading on social media as people share their thoughts on the deadly coronavirus and the impact of the efforts to combat it.

Italian-based artificial intelligence company Expert System has been searching through tens of thousands of social media posts to track feelings towards COVID-19.

They used a range of natural language systems to capture the emotional view of different English language social media posts related to the pandemic.

The team plan to publish a daily update showing the changing attitudes and emotions surrounding the spread of the virus and efforts to slow it down.

For the fourth day in a row fear has been the most dominant emotion expressed in posts, with all negative views increasing across the English-language world. 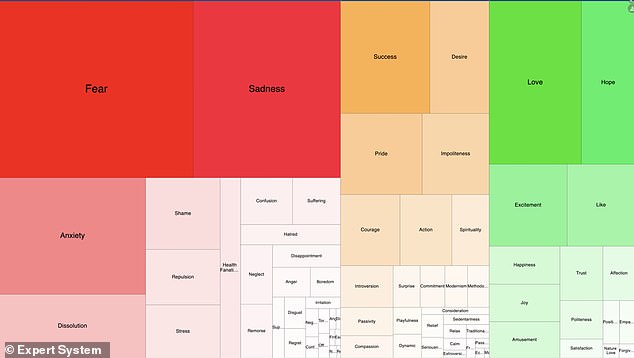 For the fourth day in a row fear has been the most dominant emotion expressed in posts, with all negative views increasing across the English-language world

Sadness, anxiety and dissolution are the other dominant emotions being shared on social media over the past few days, according to Expert System.

The emotion tracker found that positive emotions were declining but love and excitement were still prominent in posts related to COVID-19.

More than 65,000 social media posts were studied by the team’s systems over 24 hours and they showed an increase in negative feelings from 43.7 per cent of all posts to 44 per cent.

Compared to yesterday, the percentage of neutral emotions expressed on social media is down from 32.2 per cent to 30.5 per cent.

Researchers found tweets about COVID-19 by following a number of related hashtags then anonymised the data to create their sentiment tracker.

Neutral emotions include feelings of success, desire, price and courage.

The team found that over the past 24 hours positive emotions expressed on social media posts have decreased to 25.5 per cent from 27.8 per cent.

‘There are many reasons why fear is growing,’ the team wrote in their daily update. 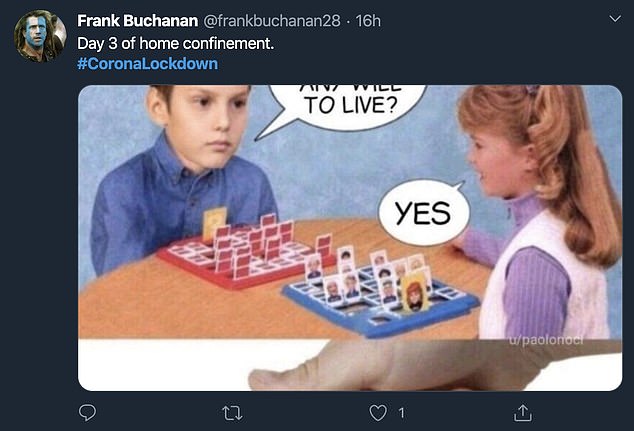 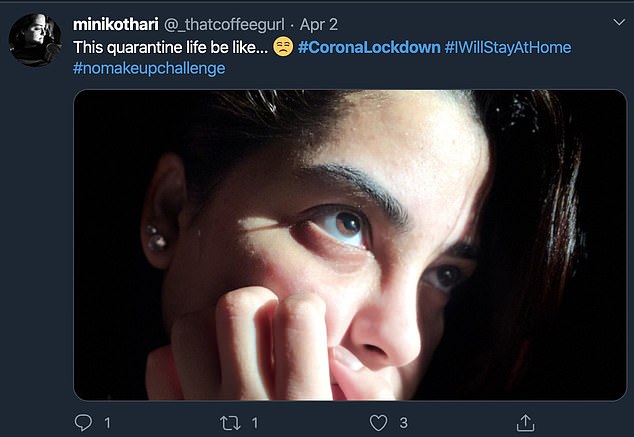 The specific posts used by the researchers to see how many posts express fear, joy or other emotions are made anonymous – but these all come from the hashtags they searched

‘The most important of which is fear of the growing number of new cases, and therefore the fear of more lives in danger.

‘The second reason concerns the ability of the healthcare system to respond.’

They found there was also fear caused by the belief that government is not a credible source of news and information.

‘In the UK, there is fear that there is no plan to combat the virus and that, instead, we are moving in the dark.’

The team plan to release a daily update ‘reflecting the changing attitudes and emotions of the English speaking world and hte reasons driving changes.’