If anyone was truly shocked by the fight between Kourtney Kardashian and Kim Kardashian West on last week’s Keeping Up With the Kardashians, they’ve clearly never had a sister. Even as adults, conflicts between siblings can heat up fast — and they often fizzle out just as quickly. But on Thursday, Kourtney still seemed hurt by the underlying argument that caused the fight: the fact that she wants to focus on her kids more than on their TV show and family brand.

“I won’t be live tweeting #KUWTK tonight, as I’m spending time with my kids while they are on spring break,” Kourtney wrote on Twitter. “I realize that a lot of the conversation right now surrounds my work ethic, and I feel like I need to just make one thing clear: Raising children is a job as well.”

This is something that should seem obvious to all parents, but it sometimes slips from our consciousness — during normal times, anyway. Now, in the age of social distancing, those of us who chose the path of working outside of the home are being reminded that stay-at-home-parents might have the hardest job of all.

“In fact, it’s the hardest and most rewarding job that I have ever had,” Kourtney continued on Twitter. “I’ve decided to put my focus on my kids and my lifestyle brand, Poosh, which is all about finding YOUR healthy balance for living your best life.”

The fight between the sisters began when Kourtney returned home from a month in Italy with her three children, and she felt overwhelmed about all her responsibilities, including filming KUWTK. In a conversation about Kylie Jenner being too sick for a fashion show, Kim seemed to imply that her work ethic was better than her sisters’.

On Jimmy Kimmel Live this week, Kim gave her own interpretation of the fight.
“I feel like it’s been a lot of built up resentment from Kourtney or just feeling like she doesn’t really want to film [the show] anymore,” she said, adding that Kourtney has finally made the decision to take a break from the show.

We wonder, too, if Kim has come to see her sister’s side of things now that she’s been stuck at home with her children.

“Let me say, being at home with four kids — if I ever thought for a minute that I wanted another one, that is out the door,” Kim said on The View earlier this week.

It’s really hard to tell your sister that she was right and you were wrong. Kourtney, maybe you can interpret Kim’s interviews as a passive apology on that front.

You don’t need to keep up with your own kids all the time. Show them these kids exercise videos and apps and give yourself a break. 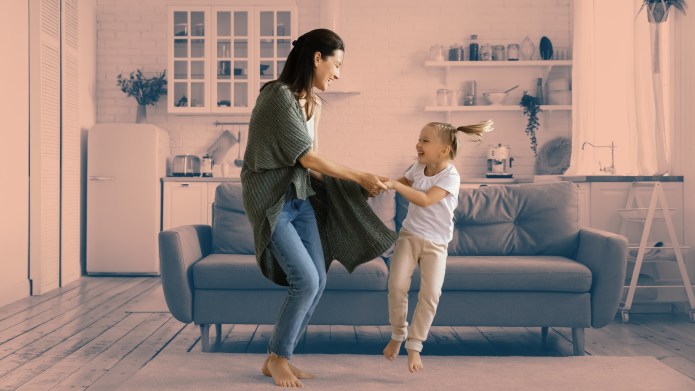 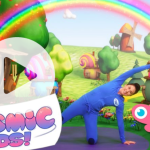 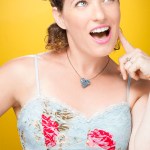 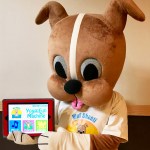 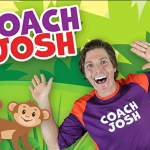