Could a new palm oil substitute help save the rainforests? Unilever invests $120m in ingredient made from fermented SUGAR to replace palm and fossil fuel-based foaming agents in cleaning and beauty products

Unilever has announced a new $120 million (£99 million) biotech venture that could help save rainforests by creating a substitute for palm oil.

The ingredient is used in food manufacturing and beauty products but its production is also responsible for the rapid deforestation of some of the world’s most biodiverse forests, destroying the habitat of already endangered species like the orangutan.

Using cutting-edge technology, British consumer goods giant Unilever hopes to slash its carbon footprint from palm-derived ingredients by up to 50 per cent.

It would see the alternative, plant-based ingredient – a new fatty alcohol made from fermented sugar – added to beauty and cleaning products within the next five years.

Palm oil production was to blame for about 8 per cent of the world’s deforestation between 1990 and 2008. It is used in everything from P&G’s Tide pods to Ferrero’s Nutella.

Unilever has teamed up with San Diego-based biotech company Genomatica as part of the new venture. 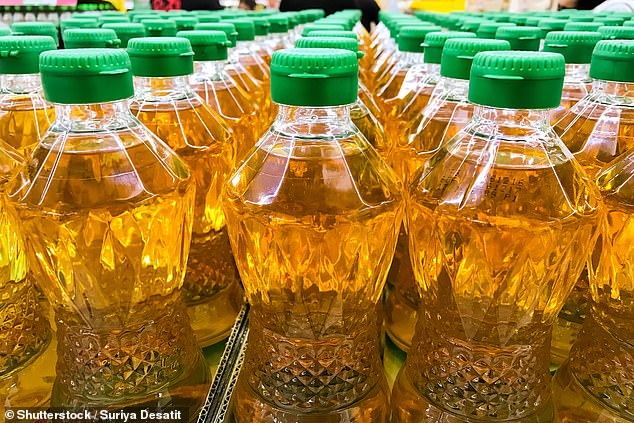 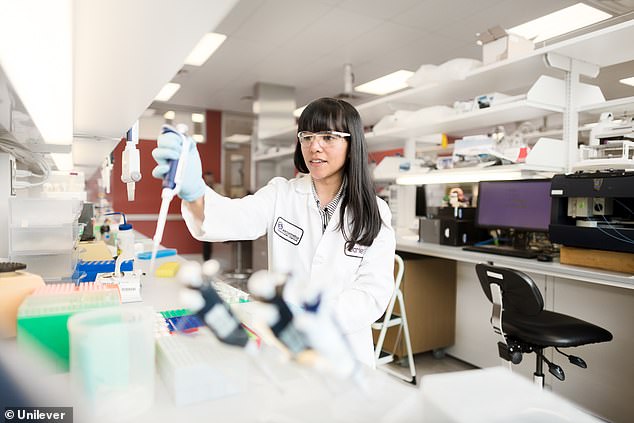 WHICH COMPANIES ARE USING PALM OIL?

It hopes the investment, which is the firm’s largest collaboration in biotechnology alternatives to palm oil to date, will create a new, sustainable option for the $625 billion (£515 billion) home and personal care markets.

‘The opportunity to offer the same great cleaning, but with an even smaller environmental impact is hugely exciting,’ Richard Slater, Unilever’s chief research and development officer. told MailOnline.

‘In this pilot stage, we are using sugar from certified sustainable sources.

‘Sugar is a highly versatile and quick growing crop that can be cultivated everywhere meaning that in the future, we can source our base ingredient close to the production plant.

‘This means we can also reduce the carbon footprint associated with transporting the materials to be processed.’

He added: ‘Initial estimates have shown that companies could reduce the carbon footprint of palm-derived ingredients by up to 50 per cent by replacing them with this alternative ingredient.

‘What’s more, as we further develop the technology, we will also be investigating whether we can make use of left-behind products from agriculture, for example crop stubble from farming that would otherwise go to waste.’

Mr Slater told MailOnline that the substitute ingredient for palm oil and fossil fuel-based foaming agents could be ready to use ‘very soon’ – between 2026 and 2028.

‘It’s yet to be determined exactly which products will use the new ingredient however it will be shared across our Home Care, Beauty & Wellbeing, and Personal Care portfolios,’ he said.

‘We hope to prove to the industry the possibility of using bio-based ingredients to help us reduce reliance on palm or fossil fuel sources.’

At present, there are few viable alternatives to palm and fossil sources that can be produced at scale in order to make ingredients to lather and lift dirt during cleaning.

One of the world’s biggest soap and detergent makers, Unilever said palm oil would still remain an important feedstock in its manufacturing process.

But it said alternative ingredients could play a growing role in diversifying supply chains to ‘drive optionality, sustainability and cost management’.

‘Biotechnology has the potential to revolutionise the sourcing of our cleansing ingredients and ensure Unilever is a future-fit business – for consumers, shareholders and the planet we all share,’ said Mr Slater.

‘This new venture will sit at the intersection of science and sustainability, meaning we can continue to grow our business without relying only on palm oil or fossil fuel derivatives and at the same time make our supply chains more resilient through having access to ingredient alternatives.’ 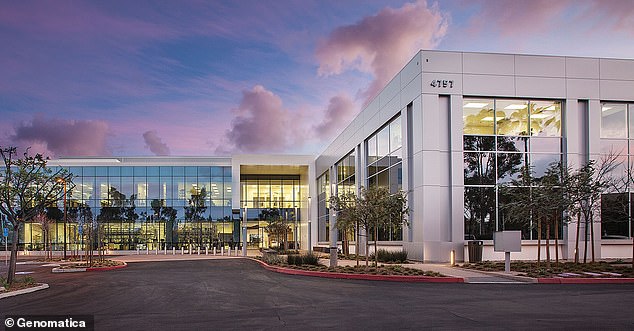 He added: ‘We will be marrying science and nature to make sure there is no trade-off for our consumers between the efficacy and sustainability of their products.

‘We are building this innovative new venture to have the scale to drive real impact and change in our industry, reinventing the chemistry of home and personal care products for the 21st Century.’

Christophe Schilling, Geno CEO, said: ‘We’ve developed our technology in response to our planet’s urgent climate crisis and we’ve proven that biotechnology can replace traditional production methods to produce ingredients with bio-based sources that deliver both high-performance and sustainability, at scale.

As commodities – from crude oil to sunflower oil – remain in short supply, Unilever has already changed the ingredient makeup for some of its products like deodorants and packaged food to cut costs and mitigate supply constraints.

In April, Unilever boss Alan Jope said the company had begun altering some of its recipes so it could use rapeseeed oil instead of sunflower oil, which had become scarce since the invasion.

Ukraine typically produces about half the world’s exports of sunflower oil.

IS USING BIOFUEL BAD FOR THE ENVIRONMENT?

Environmental groups have often rejected proposals to make biofuels out of food sources such as corn or on land that could be used for food.

While biofuel might sound good on paper, researchers have found that instead of using fossil fuels to inject eons-old carbon into the air, it recycles carbon from the atmosphere.

In practice the research points to a much more negative impact on the environment.

Last year a new analysis – commissioned by the NGOs BirdLife and Transport and Environment – backed those calling for an end to the use of food-based biofuels.

It argued that demand for biofuels made from food crops has led to an increase in global food prices and is damaging the environment.

Increases on global food prices have a high toll particularly on the urban poor in developing nations, researchers found.

Here the price of food staples can represent a third or more of total household spending. Even small increases then have a significant impact on people’s welfare.

Another report from last year found biofuels made from food crops leads to more emissions than those produced by fossil fuels.

The report by the Royal Academy of Engineering combines more than 250 studies on the impact of biofuels and warns that clean biofuels such as algae are still far off.

The most frequently used types of biodisesel at the moment are palm oil, soybrean, rapeseed and sunflowers, all of which are more polluting than diesel.