People who are exposed to lead poisoning during childhood may be more immature and have less healthy personalities as adults, a new study suggests.

Experts found that those who grew up in areas with higher levels of atmospheric lead exhibited more neurotic and less conscientious behaviour in adulthood.

They also discovered that people born after atmospheric lead levels began to decline in their area had more mature, psychologically healthy personalities in adulthood than those born before their counties phased out lead-based products. 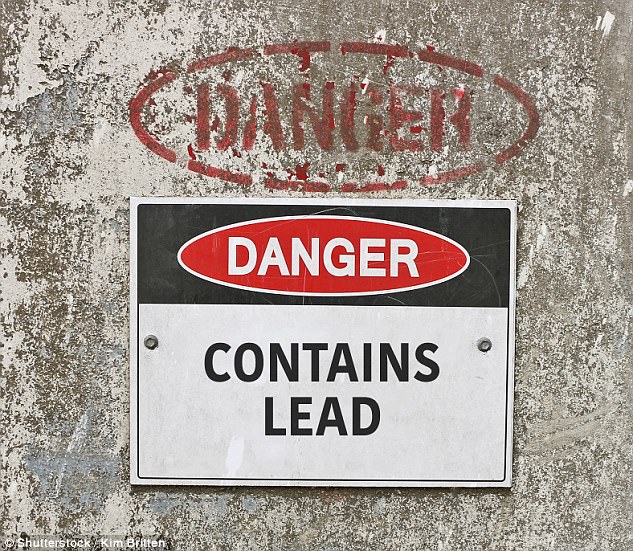 Warning: People who are exposed to lead poisoning during childhood may be more immature and have less healthy personalities as adults, a new study suggests (file photo)

– Cause the baby to be born too early or too small

– Increase the likelihood of learning or behavioral problems

– Put the mother at risk of miscarriage

– Reproductive problems (in both men and women)

The study, led by psychology researchers at the University of Texas at Austin (UT), sampled more than 1.5 million people in 269 US counties and 37 European nations.

‘Links between lead exposure and personality traits are quite impactful, because we take our personalities with us everywhere,’ said UT’s Ted Schwaba.

‘Even a small negative effect of lead on personality traits, when you aggregate it across millions of people and all the daily decisions and behaviors that our personality influences, can have really massive effects on well-being, productivity and longevity.’

Researchers compared historical atmospheric lead data from the Environmental Protection Agency to online personality questionnaire responses from people who grew up in the sampled locations.

Results showed that adults who were raised in US counties with higher levels of atmospheric lead were less agreeable and conscientious and, among adults in their 20s and 30s, more neurotic than those who had less lead exposure during childhood.

‘These three traits – conscientiousness, agreeableness and low neuroticism – make up a large part of what we would consider a mature, psychologically healthy personality and are strong predictors of our success or failure in relationships and at work,’ Schwaba said.

‘Normally, across the lifespan, people become more conscientious and agreeable, and less neurotic.’

To further test whether lead exposure causes these differences, the researchers examined the effects of the 1970 Clean Air Act.

They found that people born after atmospheric lead levels began to decline in their counties had more mature, psychologically healthy personalities in adulthood than those born before their counties phased out lead-based products.

The study was also replicated in Europe, where lead was phased out later than in the US.

Experts found that people who grew up in areas with more atmospheric lead were also less agreeable and more neurotic in adulthood, but not necessarily less conscientiousness.

‘For a long time, we’ve known lead exposure is harmful, but each new wave of research seems to identify new ways in which lead exposure harms society,’ Schwaba said.

‘Though there’s much less lead in the atmosphere today, lead remains in pipes, the topsoil and groundwater.

‘And these sources of lead exposure tend to disproportionately harm people of colour.

‘Black children are twice as likely to have high levels of lead in their blood as white children.

‘From an economic standpoint, from a social justice standpoint, or really any way you look at it, it’s incredibly important to limit lead exposure as much as possible.’ 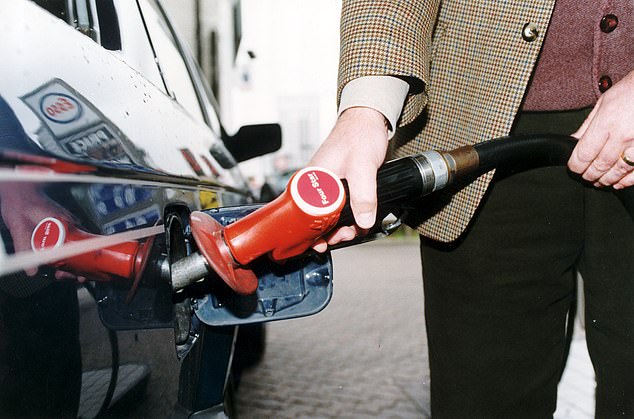 Four star was a class of leaded petrol sold in the UK. It was banned from UK forecourts due to its health risks

Last month a separate study revealed that toxic lead – which used to be added to petrol before its phase-out in 2000 – is still plaguing London air.

They found the toxic element is still at potentially dangerous levels – and that lead concentrations haven’t significantly fallen in the last 10 years.

Lead from leaded petrol settled in the environment before its phase-out in 2000 – and is now steadily re-suspended into the air through wind and vehicle movement, the study discovered.

Exposure to lead causes neuro-developmental problems in children and cardiovascular, kidney, and reproductive problems in adults.