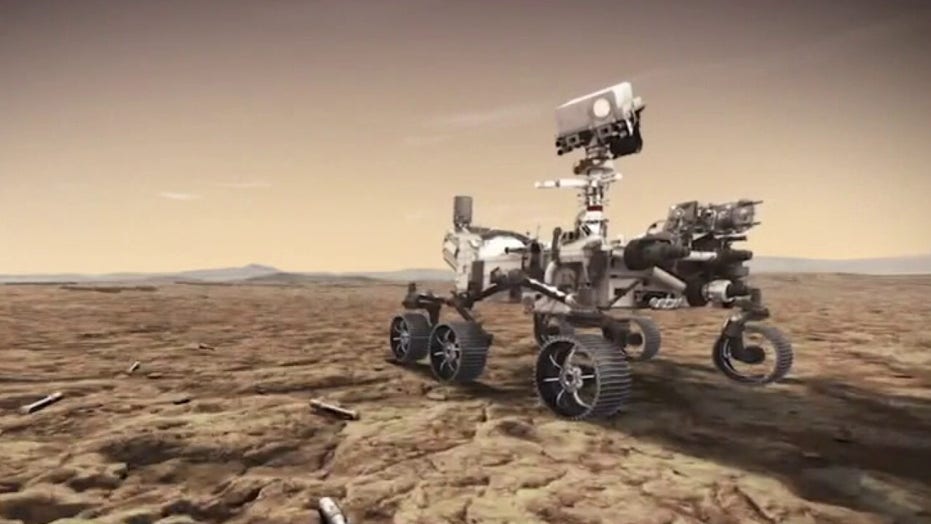 After 185 days aboard the International Space Station, two Russian cosmonauts and a NASA astronaut returned to Earth early Saturday morning.

NASA’s Kate Rubins and Roscosmos’ Sergey Ryzhikov and Sergey Kud-Sverchkov landed in the steppes of Kazakhstan at 12:55 a.m. EDT after departing the station in the Soyuz MS-17 spacecraft at 9:34 p.m. EDT.

In a blog post on Saturday, NASA reported that, pending medical checks,  the crew would split up.

Rubins — the first person to sequence DNA in space — will return home to Houston, Texas and Ryzhikov and Kud-Sverchkov will fly back to their training base in Star City, Russia. 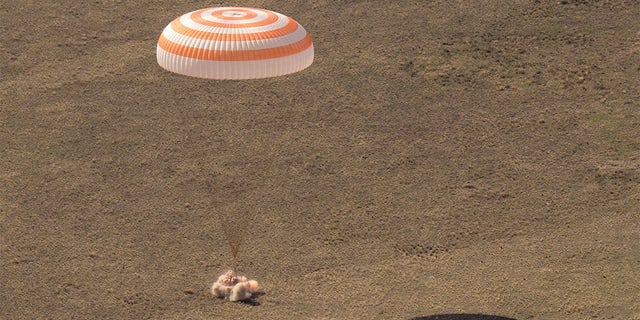 The Soyuz MS-17 spacecraft is seen as it lands in a remote area near the town of Zhezkazgan, Kazakhstan with Expedition 64 crew members Kate Rubins of NASA, Sergey Ryzhikov and Sergey Kud-Sverchkov of Roscosmos, Saturday, April 17, 2021. Rubins, Ryzhikov and Kud-Sverchkov returned after 185 days in space having served as Expedition 63-64 crew members onboard the International Space Station. Photo Credit: NASA/Bill Ingalls
(NASA)

Roscosmos head Dmitry Rogozin said all three were feeling well after they were extracted from the capsule, according to The Associated Press.

The Expedition 64 trio had arrived at the station on Oct. 14, 2020, and served as flight engineers.

During their tenure, the group conducted hundreds of scientific experiments, oversaw the arrival and departure of multiple vehicles and conducted spacewalks.

While the journey was Ryzhikov’s and Rubins’ second spaceflight, it was Kud-Sverchkov’s first.

According to Space.com, they traveled a total of 78.4 million miles, completing 2,960 orbits of Earth.

Vande Hei, Novitskiy and Dubrov arrived on April 9 and Hopkins, Glover, Walker and Noguchi came aboard in November on the SpaceX Crew Dragon “Resilience.” 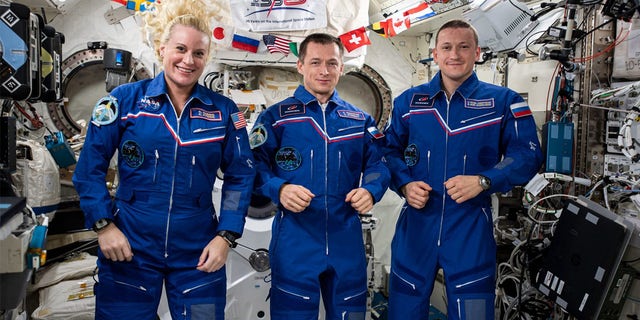 The three-member Expedition 64 crew from JAXA (Japan Aerospace Exploration Agency). From left are, Kate Rubins of NASA,Sergey Ryzhikov of Roscosmos and Sergey Kud-Sverchkov of Roscosmos.
(NASA)

Their launch on the SpaceX Crew Dragon “Endeavour” is slated for April 22.

Walker will then hand over command to Hoshide before she, Hopkins, Glover and Noguchi depart for Earth on April 29.

In November 2020, the station surpassed a 20-year milestone of continuous human presence. To date, 243 people from 19 countries have visited the orbiting laboratory.