Elderly people living today are fitter and healthier than they were 30 years ago, according to a study by Finnish researchers.

As a result of better nutrition, hygiene and healthcare people between 75 and 80 now walk, on average, almost 1mph faster than they did in 1990.

The oldest members of society also have greater leg and grip strength in the modern era, as well as improved reaction speed, verbal fluency, reasoning and memory. 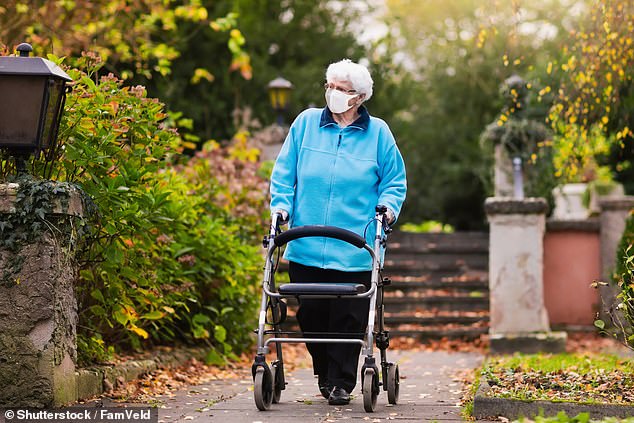 As a result of better nutrition, hygiene and healthcare people between 75 and 80 now walk, on average, almost 1mph faster than they did in 1990 (stock)

The same tests were administered to both groups and assessed physical state as well as cognitive function.

Average walking speed was tested by walking 10 metres (11 yards) down a corridor. The first half was allowed for acceleration and the speed over the final five metres was measured.

‘In grip strength, the improvements were 5-25 per cent, and in knee extension strength 20-47 per cent,’ the researchers add in the study.

Kaisa Koivunen, co-author of the research and a doctoral student at the University of Jyväskylä, says: ‘Higher physical activity and increased body size explained the better walking speed and muscle strength among the later-born cohort.

While one study focused on physical differences over the last three decades, another looked at mental improvements.

People were larger, stronger and better educated in the recent cohort because living conditions in their formative years were superior to those endured at the start of the 20th century.

Postdoctoral researcher Matti Munukka explains: ‘The cohort of 75- and 80-year-olds born later has grown up and lived in a different world than did their counterparts born three decades ago. There have been many favourable changes.

‘These include better nutrition and hygiene, improvements in health care and the school system, better accessibility to education and improved working life.’ 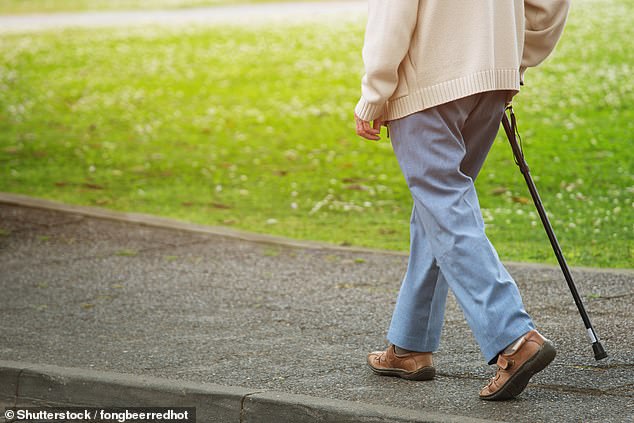 The oldest members of society now also have greater leg and grip strength in the modern era as well as improved reaction speed, verbal fluency, reasoning and memory (stock)

Talking autonomous robots could help curb the epidemic of loneliness plaguing the elderly.

A study equipped a popular robot, called Pepper, with AI-powered software designed to give the machine a ‘cultural component’.

Pepper is made by engineering giant SoftBank Robotics and the conversational personality trait is created by a company called Caresses.

These robots were tested in care homes in the UK and Japan and researchers found that older adults who used them – up to 18 hours across two weeks – saw a significant improvement in their mental health.

Experts who developed the technology say it is no substitute for genuine human carers but the robots could offer extra support alongside current systems.

The researchers explain the early cohort grew up when Finland was primarily a farming economy, reliant on hard labour and the fruits of the land.

Children born between 1910 and 1914 were toddlers when World War One broke out, and they were barely out of nappies when their nation was embroiled in the the turmoil of the Russian Civil War of 1918 and were likely conscribed to fight in World War Two.

This happened while there was little infrastructure to ensure children got a suitable education, forcing many to leave school as a child and work back-breaking jobs.

However, the later cohort, although enduring World War Two as youngsters, benefited from a host of inter-war upgrades to social services.

‘The foundations of the Nordic welfare system were laid in the 1930s, including the provision of free school meals for all children and longer obligatory education. Finland developed rapidly in the 1950s, access to secondary and tertiary education improved and the female disadvantage in education narrowed,’ the researchers explain in their study.

‘This partially explains our findings, which showed a doubling in the length of education between the earlier and later cohorts.’

‘This research is unique because there are only a few studies in the world that have compared performance-based maximum measures between people of the same age in different historical times,’ says co-author Professor Taina Rantanen.

‘The results suggest that our understanding of older age is old-fashioned. From an aging researcher’s point of view, more years are added to midlife, and not so much to the utmost end of life.

‘Increased life expectancy provides us with more non-disabled years, but at the same time, the last years of life comes at higher and higher ages, increasing the need for care.

‘Among the ageing population, two simultaneous changes are happening: continuation of healthy years to higher ages and an increased number of very old people who need external care.’