Monitoring climate change from the sky: DRONES could play a ‘critical role’ in tracking the effects of global warming but only if their battery life improves, expert claims

Drones have a ‘critical role’ to play in tackling climate change but need better battery life and the ability to stay in the air longer, an expert claims.

Researchers at the University of Southampton are working with technology entrepreneur Ewan Kirk to develop cheaper, longer lasting batteries and drones.

The unmanned flying vehicles can be used to monitor large areas of land for changes but need to be airborne for a long time to collect the necessary data.

While longer-range drones are available already, they are much more expensive and difficult to deploy at a scale required for climate monitoring.

Improved battery life will mean drones can be deployed to monitor climate degradation in difficult-to-reach and hostile environments, Kirk said. 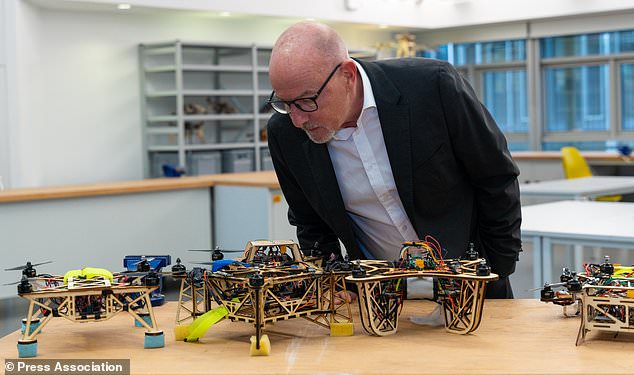 Drones have a `critical role´ to play in response to climate change according to Dr Ewan Kirk, who is working with the University of Southampton to develop longer range drones

Dr Kirk, who is the director of the Turner-Kirk Charitable Trust, said improving the range of unmanned aerial vehicles (UAV) is critical to their use in helping the planet.

He has donated £15,000 to the University of Southampton engineering department as part of a project to create new types of drones with better batteries.

He says as well as climate change, the technology can help in stopping or reducing instances of poaching and help first responders in natural disasters.

Drones should be an essential tool at the fingertips of of those environment agencies already helping in the fight against climate change, he said.

‘The Kruger National Park in Africa is almost the same size as Wales and poaching can happen anywhere and at any time of the day or night,’ said Kirk.

‘To effectively patrol this area, anti-poaching agencies need UAVs with long flight times and they need them to be cheap enough that they can have many of them flying simultaneously.

‘They will help them gather data much more quickly and fundamentally I believe technology enables world-leading experts to do their jobs even better. 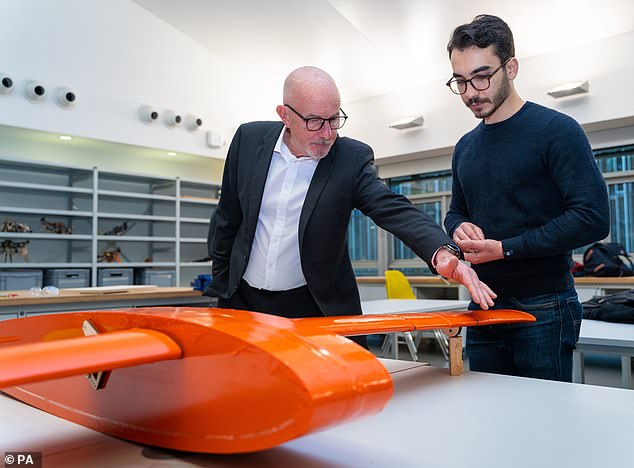 One of the key areas they can be useful is the continuous monitoring of endangered animals – particularly over large and hostile areas.

‘In the area of conservation, continuous monitoring of endangered animals by UAVs will enable authorities to identify potential threats and increase the response times for wardens to intercept and prevent any illegal activity,’ Kirk said.

He said they can also be used to monitor vegetation and land use over large parts of the Earth to create data sets that help scientists understand how climate change is impacting some of the world’s most critical resources. 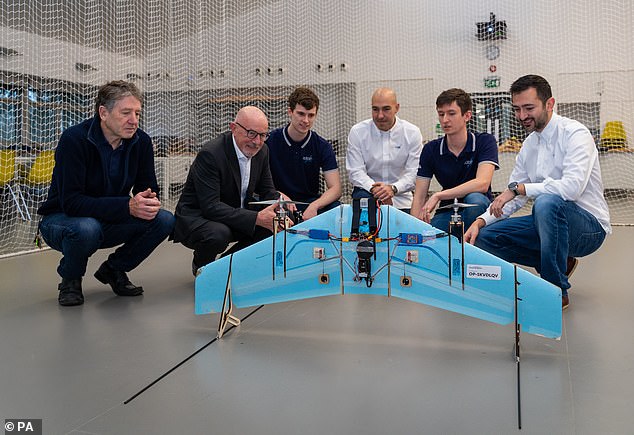 The programme will see three groups of fourth-year students in the university’s engineering department work to create better long-range drones.

They will look at  developing new ways to adapt existing drones on an inexpensive basis as well as studying novel aircraft configurations designed.

When they have finished building their new devices, the three groups of students will test the drones to monitor a live volcano in Guatemala.