There’s probably a large space rock out there, somewhere, that has Earth in its cross hairs. Scientists have in fact spotted one candidate — Bennu, which has a small chance of banging into our planet in the year 2182. But whether it’s Bennu or another asteroid, the question will be how to avoid a very unwelcome cosmic rendezvous.

For almost 20 years, a team of researchers has been preparing for such a scenario. Using a specially designed gun, they’ve repeatedly fired projectiles at meteorites and measured how the space rocks recoiled and, in some cases, shattered. These observations shed light on how an asteroid might respond to a high-velocity impact intended to deflect it away from Earth.

At the 84th annual meeting of the Meteoritical Society held in Chicago this month, researchers presented findings from all of that high-powered marksmanship. Their results suggest that whether we’re able to knock an asteroid away from our planet could depend on what kind of space rock we’re faced with, and how many times we hit it.

In the 1960s, scientists began seriously considering what to do with an asteroid on a collision course with our planet. The leading idea back then was to launch a projectile that would shatter the space rock into pieces small enough to burn up in Earth’s atmosphere, said George Flynn, a physicist at State University of New York, Plattsburgh. But scientists have since come to realize that achieving such a direct, catastrophic hit is a serious challenge.

The thinking is different today, and it’s not the Hollywood version with a nuclear bomb, either. Rather, the current leading idea is nudging an incoming asteroid aside. The way to do that, scientists generally agree, is deliberately setting up a collision between an asteroid and a much smaller, less massive object. Known as kinetic impact deflection, such a collision alters the trajectory of the asteroid ever so slightly, with the intent that its orbit changes enough to pass harmlessly by Earth. 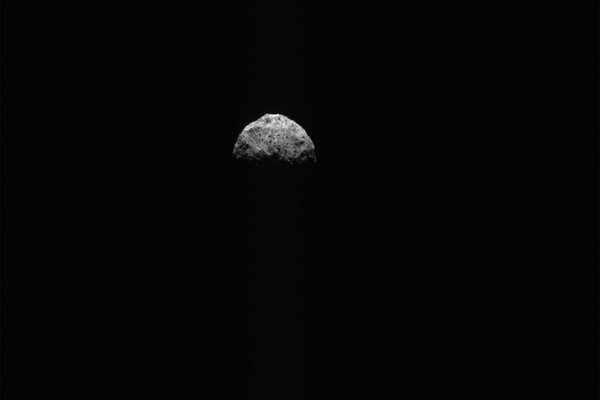 In 2003, Dr. Flynn, Dr. Durda and colleagues began firing projectiles at meteorites to test the limits of kinetic impact deflection. The goal was to figure out how much momentum could be transferred to a meteorite without shattering it into shrapnel that could continue on a similar orbital path through the solar system.

“If you break it into pieces, some of those pieces may still be on a collision course with Earth,” Dr. Flynn said.

Similar laboratory studies in the past have mostly shot projectiles at terrestrial rocks. But meteorites are a much better sample, he said, because they’re fragments of asteroids. The hitch is getting access to them.

“It’s hard to talk museum curators into giving you a big piece of a meteorite so you can turn it into dust,” Dr. Flynn said.

Over the course of many years, the researchers amassed 32 meteorites, most purchased from private dealers. (The largest, roughly the size of a fist and weighing one pound, cost the team about $900.)

The team turned to an Apollo-era facility to test how the meteorites responded to high-speed impacts. NASA’s Ames Vertical Gun Range in California was built in the 1960s to help scientists better understand how moon craters form. It’s capable of launching projectiles at over four miles per second, far faster than a rifle.

“It’s one of the few guns on the planet that can shoot things at the speeds characteristic of impacts,” Dr. Flynn said. 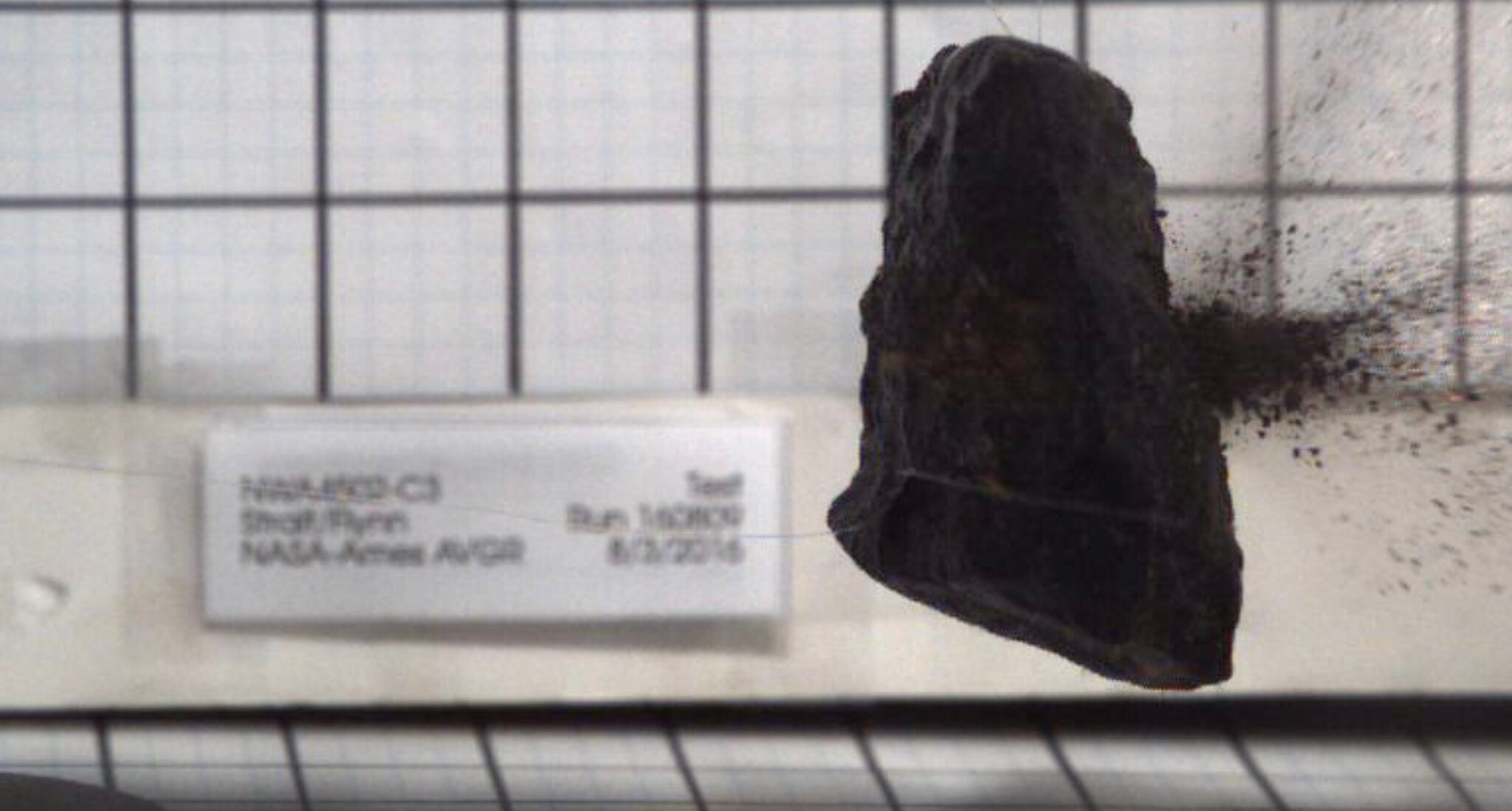 Working within the facility’s firing chamber, roughly the size of a walk-in closet, the researchers suspended each space rock from a piece of nylon string. They then pumped the chamber to a vacuum — to mimic the conditions of interplanetary space — and fired tiny aluminum spheres at the meteorites. The team launched spheres ranging in diameter from one-sixteenth to one-fourth of an inch at different velocities. Several sensors, including cameras that recorded up to 71,000 frames per second, documented the impacts.

The goal was to determine the point at which a meteorite stops being simply nudged by an impact and instead starts to fragment.

The researchers found a significant difference in the strength of the two types of meteorites they tested. The carbonaceous chondrites tended to fragment much more readily — they could withstand receiving only about one-sixth of the momentum that the ordinary chondrites could before shattering.

These results have implications for deflecting a real asteroid, the team suggests. If an asteroid richer in carbon was headed our way, it might be necessary to give it a series of gentler nudges to prevent it from breaking up.

“You might have to use multiple impacts,” Dr. Flynn said.

Next year, researchers will test kinetic impact deflection on a real asteroid in the solar system for the first time with NASA’s Double Asteroid Redirection Test (DART) mission. The spacecraft’s target asteroid, a roughly 525-foot piece of rock known as Dimorphos, is in no danger of hitting Earth, however. The mission is expected to launch in November.

Laboratory investigations of kinetic impact deflection shed light on how an asteroid will respond to being impacted, said Nancy Chabot, who is the DART mission’s coordination lead and was not involved in the experimental work.

“It’s definitely important to be doing these experiments,” said Dr. Chabot, who is also a planetary scientist at the Johns Hopkins University Applied Physics Laboratory.

The DART mission is about being prepared for what’s most likely a cosmic inevitability.

“It’s one of these things we hope we never actually need to do,” Dr. Chabot said. “But the Earth has been hit by objects for its entire history, and it will continue to get hit by objects in the future.”