Astronomers are planning a hunt for the relics of long-dead planets.

They just found a big clue in that search: The cores of dead planets can “broadcast” radio waves for up to a billion years, according to a newstudy published by the Royal Astronomical Society.

The waves are caused by interactions between a dead planet’s core and the magnetic field of its dead star, known as a white dwarf. After a star explodes, it often strips the surrounding planets of their atmospheres and outer layers, leaving just the metallic inner core. That metal conducts electricity, creating a circuit between the planet core and the dead star that produces radiation in the form of radio waves.

Scientists have known for decades that these planetary remains can emit radio waves. But this is the first research to establish a lifetime for those broadcasts — and it reveals that the signals last long enough for researchers on Earth to detect and study them.

Alexander Wolszczan and Dimitri Veras, the scientists who made this discovery, next want to point huge telescopes at white dwarf stars to listen for the radio broadcasts of undiscovered dead planets.

Wolszczan, an astronomy professor at Penn State University, used radio waves to detect thefirst ever confirmed planet outside our solar system in the 1990s.

For the recent study, he wanted to determine how long radio broadcasts from dead planet cores can last. So he and Veras created computer simulations of the entire range of magnetic fields and electrical conductivities observed in white dwarf stars.

Their results suggested that the metal cores of dead planets can emit radio waves for over 100 million years, and sometimes as long as a billion years. 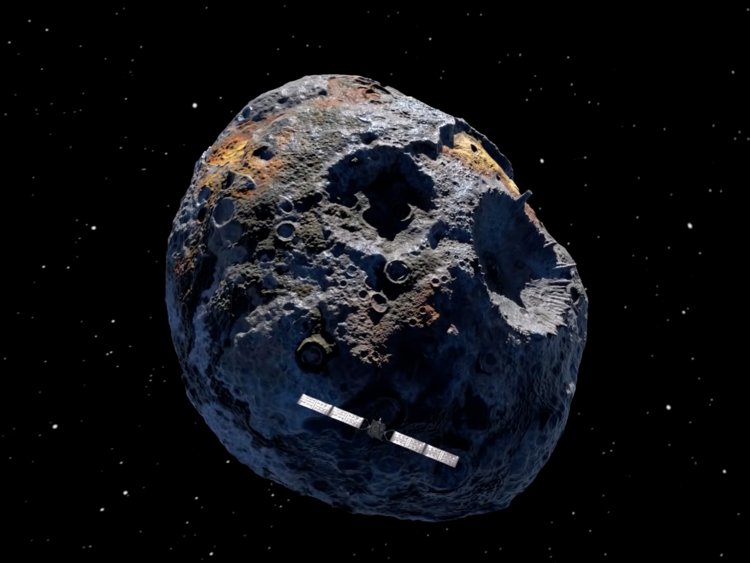 An artist’s rendering of NASA’s Psyche spacecraft approaching a giant metal asteroid that scientists think is the core of a dead planet.Linda Elkins-Tanton/YouTube

Stars die because they eventually burn through their reserves of hydrogen and helium. That fuel creates internal pressure that keeps a star’s size and shape consistent, but once there’s nothing left to burn, the star succumbs to gravity. Its core contracts, sending out a wave of energy that pushes its external layers outward. As the star loses mass, its gravity weakens until it explodes and expels its outer layers into space.

The star’s hot, dense core gets left behind — that’s the phase at which it becomes a white dwarf.

The explosion takes out nearby planets, blasting many to dust and tearing others to shreds. At most, a planet’s inner core will remain in orbit around its dead star.

“For a core to have reached that stage, it would have been violently stripped of its atmosphere and mantle at some point and then thrown towards the white dwarf,” Veras said in thepress release. 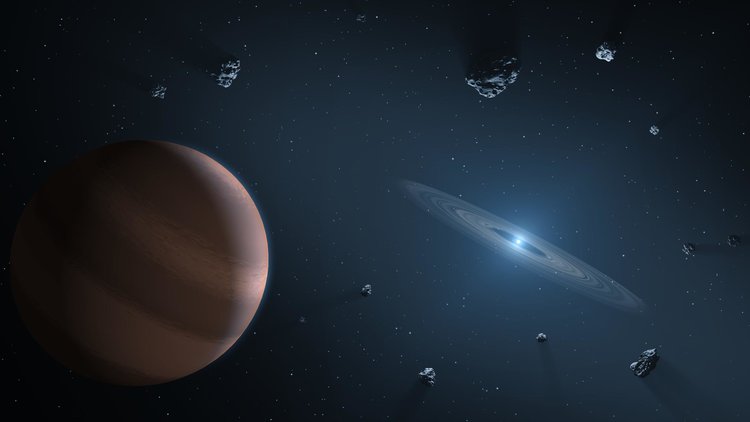 An artist’s concept shows an exoplanet and debris orbiting a white dwarf star.NASA/JPL-Caltech

Our sun will die, too

In about5 billion years, our sun will burn through its hydrogen core and begin the billion-year process of dying, during which it will engulf Earth before going out with a bang.

So finding and studying the faraway remains of dead planets from the past could help scientists learn about the eventual fate of our own planet.

“Such a core might also provide a glimpse into our own distant future, and how the solar system will eventually evolve,” Veras said.

The researchers plan to use the results of their paper to request observational time at ground-based telescopes like Arecibo in Puerto Rico and the Green Bank Telescope in West Virginia. They’ve already identified the best white dwarf stars to investigate. 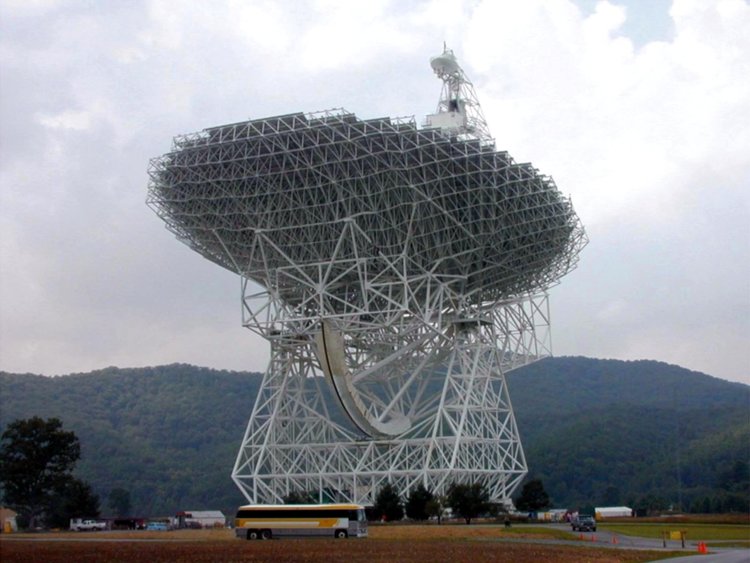 The radio telescope in Green Bank, West Virginia is so big that the Statue of Liberty could lay on its white observing surface with room to spare. July 22, 2002.Ho New/Reuters/NRAO/AUI-Handout/Feature/Space Quiet

“Given the existing evidence for a presence of planetary debris around many of them, we think that our chances for exciting discoveries are quite good,” Wolszczan said.