Some 32,000 premature deaths from air pollution were prevented as a result of COVID-19 lockdowns that kept many cars off of the road, a study has concluded.

Despite this shift, similar global reductions were not recorded for both ozone and fine air particle pollutant levels (PM2.5), the researchers noted.

These pollutants are formed by so-called secondary reactions — and therefore their accumulation is dependant on the background state of the local atmosphere.

The findings, the team said, demonstrate the ned to tailor air quality policies to specific regions in order to better reduce global levels of secondary pollutants. 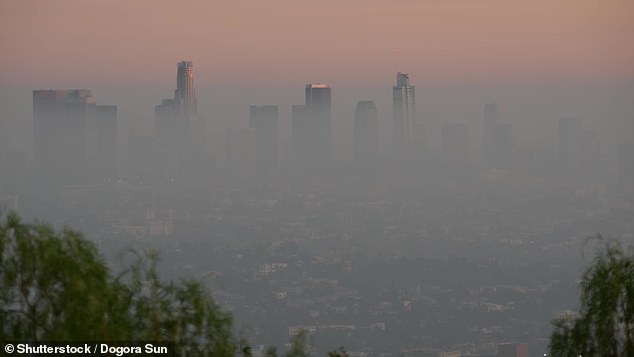 Some 32,000 premature deaths from air pollution (pictured) were prevented as a result of COVID-19 lockdowns that kept many cars off of the road, a study has concluded 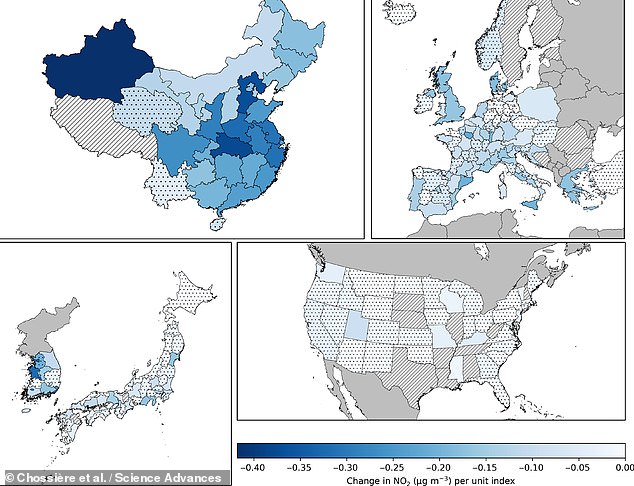 ‘Responses to the COVID-19 outbreak resulted in one of the largest short-term decreases in anthropogenic emissions in modern history,’ wrote the team, who were led by engineer Guillaume Chossière.

This, they added, resulted ‘in around 32,000 avoided premature mortalities, including around 21,000 in China.’

In their study, the team explored whether local stay-at-home orders correlated with regional changes by using a time-series model to estimate what air pollution levels would have looked like had lockdowns not been in effect.

The team found that the relationship between PM2.5 levels and changes in nitrogen dioxide varied widely across 38 of the study regions.

At the same time, 88 regions were seen to undergo decreases in atmospheric nitrogen dioxide level, but corresponding increases in ozone. 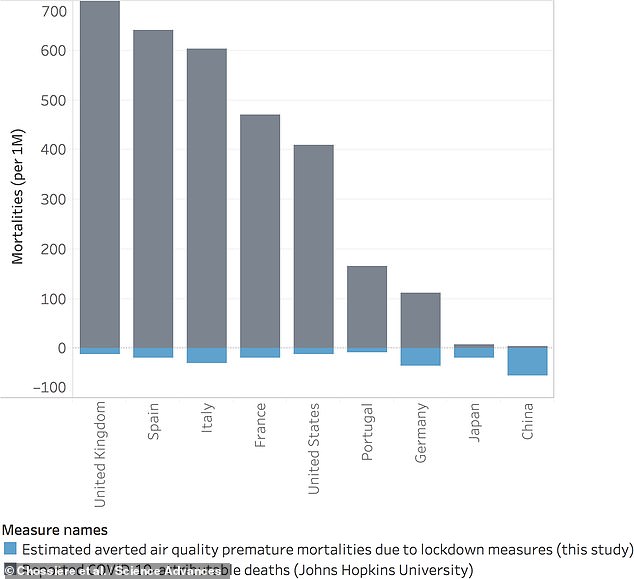 ‘Using global satellite observations and ground measurements from 36 countries in Europe, North America, and East Asia, we find that lockdowns led to reductions in NO2 concentrations globally, resulting in around 32,000 avoided premature mortalities, including around 21,000 in China.’ Pictured: COVID-19 mortalities (grey) vs averted deaths from air pollution (blue)

‘The disconnect between NO₂ and ozone changes stems from local chemical regimes,’ the researchers wrote.

‘The COVID-related lockdowns demonstrate the need for targeted air quality policies to reduce the global burden of air pollution, especially related to secondary pollutants,’ they concluded.