The Five-hundred-metre Aperture Spherical radio Telescope (FAST) is now completely up and running, and scientists have huge plans for the world’s largest telescope. The Chinese space agency CNSA has outlined its goals for FAST.

One such aim is to scan the universe in search of hydrogen, while another will be to examine pulsars from distant galaxies.

However, the main highlight for many science fans will be its hunt for interstellar molecules, the building blocks of life, and to detect interstellar communications signals.

In other words, the telescope will scan the skies in search of any indication an advanced civilisation of aliens may be trying to make contact with us.

Li Kejia, a scientist at the Kavli Institute for Astronomy and Astrophysics at Peking University, said: “Scientists can discover more unknown stars, cosmic phenomena and laws of the universe, or even detect extraterrestrial life.” 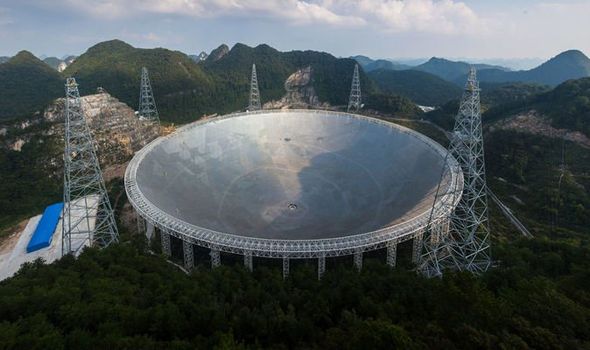 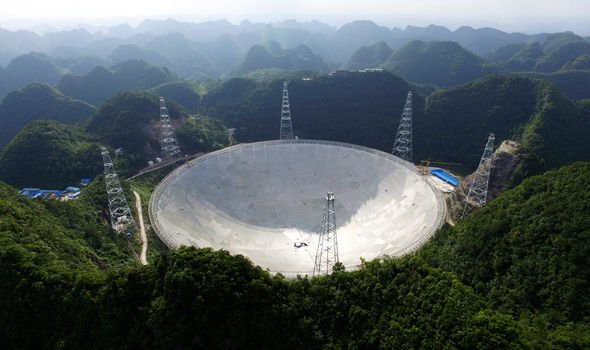 The team will also use FAST to search for gravitational waves – ripples in space-time.

Made up of 4,450 panels and with a width of 1,640ft (500m), the Aperture Spherical Telescope, or FAST, dwarves Puerto Rico’s 984ft-wide (300m) Arecibo Observatory – the previous record holder for the largest telescope.

Experts in China will be using the vast machine to scan the universe to search for life that doesn’t reside on Earth.

As the FAST telescope is so huge, it has the potential to detect even the weakest signals from the far-flung reaches of the universe. 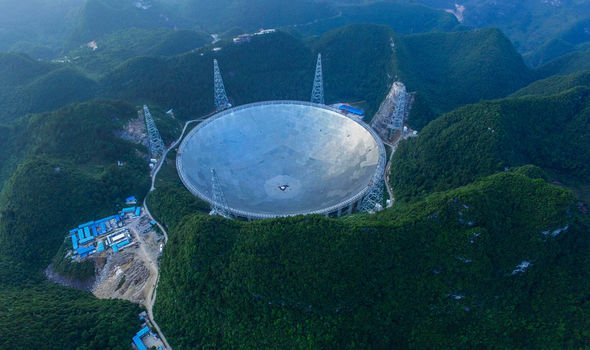 At first, the £135million telescope will be used solely by Chinese scientists to find out more about the beginnings of the universe.

But the Chinese will soon open the telescope to international collaboration in the hunt for aliens.

Xhinua – the official state-run press agency of the People’s Republic of China – said: “The telescope will gradually open to astronomers around the globe, providing them with a powerful tool to uncover the mysteries surrounding the genesis and evolutions of the universe.

“All technical indicators of the telescope have reached or exceeded the planned level, and its performance is world-leading, Shen Zhulin, an official with the National Development and Reform Commission, said at a commissioning meeting Saturday.” 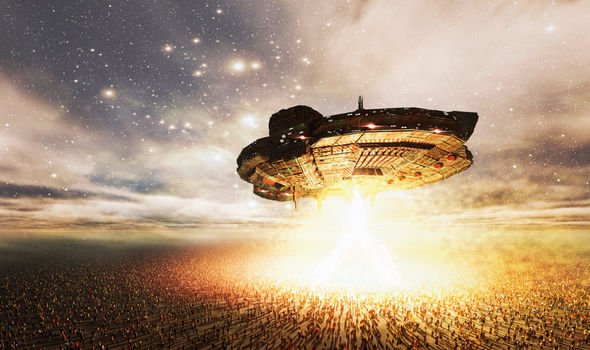 Since 2016, the telescope has observed 99 signals from deep space. However, these signals proved to be fast radio bursts (FRBs).

Experts are still unsure exactly what these signals are but what they do know is that they can emit as much energy in a second as the Sun does in 10,000 years.

They are exceptionally difficult to study as they can last as little as a millisecond and there is no way to predict when they are coming.

The most likely explanation is these signals original from powerful gamma-ray bursts – brief, yet extreme, radioactive bursts from stars.