Thousands of breast cancer patients are to benefit from two new drugs on the NHS.

Around 3,000 women a year will benefit from the life-extending drug Alpelisib. And 650 patients with a certain type of breast cancer will be given access to Trodelvy. It has finally received the green light for NHS use, despite being preliminarily rejected earlier this year.

Alpelisib, which is manufactured by Novartis, is used to target the gene that causes fast-growing tumours. John Stewart, an NHS commissioning director, said it would help people with secondary breast cancer to live longer. 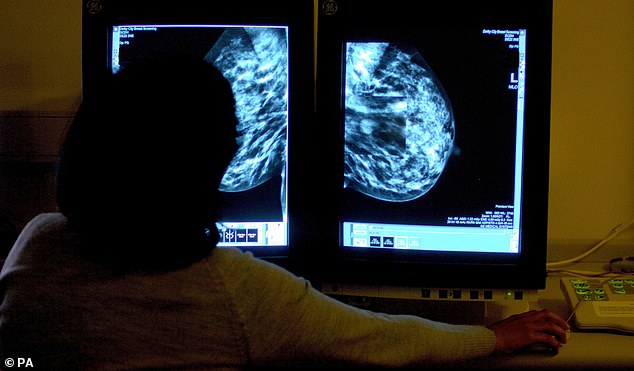 Around 3,000 women a year will benefit from the life-extending drug Alpelisib and 650 patients with a certain type of breast cancer will be given access to Trodelvy Pictured: a consultant studying a mammogram

He said: ‘This life-extending breast cancer treatment is the 100th to be rapidly made available to NHS patients thanks to the Cancer Drugs Fund, and will help people with secondary breast cancer to live longer.’

Meanwhile, Trodelvy, also called Sacituzumab Govitecan and made by Gilead Sciences, has also been approved to treat a type of cancer which cannot be removed surgically.

Triple negative breast cancer is more common in women under 40 and affects about 15 per cent to 20 per cent of all women with the disease.

The National Institute for Health and Care Excellence (Nice) said the aim of the new treatment is to target a protein on the surface of the tumour cells which eventually causes them to die.

Clinical trials show the drug can slow progression of the disease by several months and extend a person’s life by around five months compared with traditional chemotherapy. 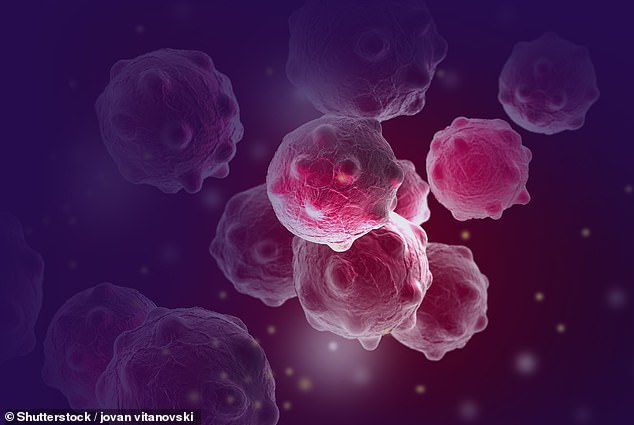 Triple negative breast cancer affects about 15 per cent to 20 per cent of all women with the disease Stock image: Digital 3d illustration of cancer cells in human body

Nice said the drug can be considered as a treatment option after women have already received ‘two or more systemic therapies’.

Baroness Delyth Morgan, chief executive at Breast Cancer Now, which has been campaigning for Trodelvy to be made available, said: ‘The news that Trodelvy has finally been recommended by Nice for use on the NHS in England, marks a momentous and hugely anticipated milestone for certain women living with incurable triple negative secondary breast cancer.

‘Following a devastating provisional rejection in April, this landmark decision will offer a new, effective treatment for these women, and crucially give them the hope of invaluable extra months to live and do what matters most to them and their loved ones.’

Health and Social Care Secretary Steve Barclay said: ‘We are constantly monitoring the most promising treatments. The incredible work of the Cancer Drugs Fund has now provided early access to 100 cancer treatments for more than 80,000 patients since 2016 and is a pioneer for innovation.’