A Full Moon on Wednesday, May 26, will completely dip into the Earth’s shadow for the first time in more than two years. The total lunar eclipse will only last about 14 minutes but it promises to be an unforgettable event for those lucky enough to witnesses it. During the 14 minutes of totality, the Moon will take on a rusty red tint, giving it the semblance of a glowing orb dripping in blood.

But there are still many myths and legends surrounding their arrival, including claims of their supposed supernatural origin.

According to some, Blood Moons are a prophetic “harbinger” of doom that has been foretold on the pages of the Bible.

Chapters within the Book of Revelation, in particular, speak of the Sun turning black and the Moon turning red in the final days of mankind. 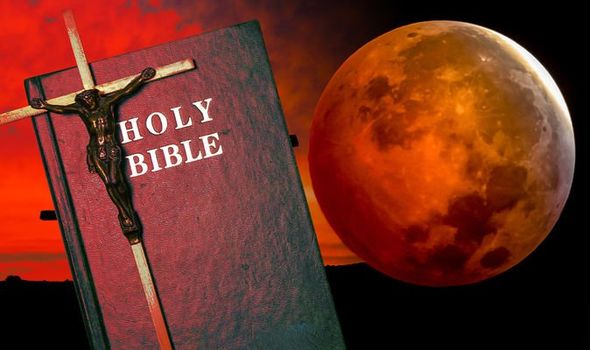 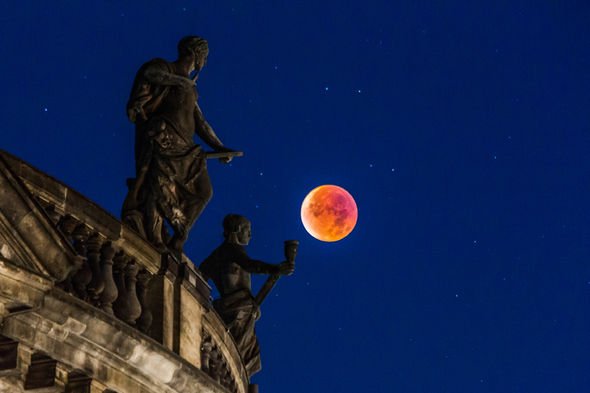 One such passage in Revelation 6 speaks of a series of cataclysmic events unfolding as “The Seven Seals of God” are broken.

Revelation 6:12-14 reads: “I watched as he opened the sixth seal. There was a great earthquake.

“The sun turned black like sackcloth made of goat hair, the whole moon turned blood red, and the stars in the sky fell to earth, as figs drop from a fig tree when shaken by a strong wind.

“The heavens receded like a scroll being rolled up, and every mountain and island was removed from its place.”

The Blood Moon also makes an appearance in the Book of Joel, one of the 12 prophetic books of the Old Testament.

Joel 2 describes the terrifying “Day of the Lord” during which disaster and cataclysm will befall the Earth.

“I will show wonders in the heavens and on the earth, blood and fire and billows of smoke.

“The sun will be turned to darkness and the moon to blood before the coming of the great and dreadful day of the Lord.

“And everyone who calls on the name of the Lord will be saved; for on Mount Zion and in Jerusalem there will be deliverance, as the Lord has said, even among the survivors whom the Lord calls.” 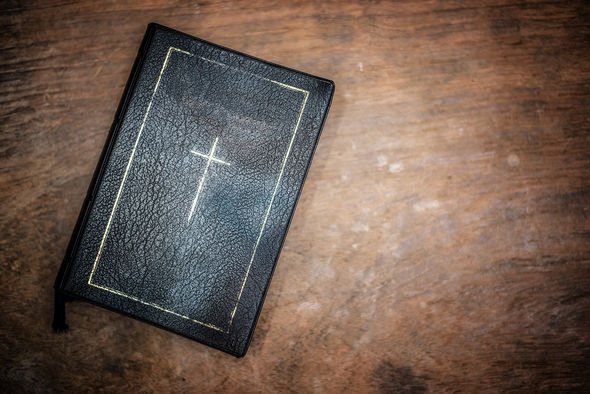 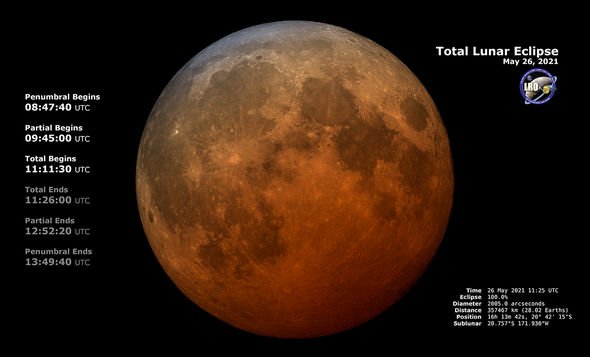 There is, of course, no reason to believe these prophetic events are about to unfold.

And despite what many Christian evangelists have been saying for years now, the Blood Moon will most likely pass tomorrow without ushering in the Apocalypse.

The bizarre colour change is attributed to a process known as Rayleigh scattering.

The very same process explains why the skies are blue and why some people have blue eyes despite there not being a blue pigment in them.

During the lunar eclipse, some light from the Sun will still manage to reach the Moon by passing around the edges of the planet.

The light is scattered and filtered in the dusty atmosphere, removing blue wavelengths of light.

The red wavelengths that are left behind carry on towards the Moon and give it its characteristic red glow.

Rayleigh scattering also explains why sunsets and sunrises cast a red-orange glow onto the skies.

And if you looked at the planet from the surface of the Moon during an eclipse, you would see the Earth surrounded by a fiery halo – all of the sunrises and sunsets unfolding at that time.

The US space agency NASA explained: “The eclipsed Moon is dimly illuminated by red-orange light left over from all of the sunsets and sunrises occurring around the world at that time.

“The more dust or clouds in Earth’s atmosphere during the eclipse, the redder the Moon will appear.”