The Bigfin squid or Magnapinna is one of the planet’s most elusive deep-sea creatures. First photographed in 1988 by researchers aboard a miniature submarine, the long-armed cephalopod was seen at a depth of more than 15,500ft off the coast of Brazil. Since then, sporadic sightings have been reported off the coast of Ghana, Senegal and in the Indian Ocean

There are earlier known reports of the creature, with the first Bigfin caught in 1907 in waters off the Azores.

In total, there have only been about 12 properly documented sightings of the Bigfin – until now.

A team of researchers exploring the waters of southern Australia have published multiple sightings of the creature in the Great Australian Bight, an open bay bordering South Australia state.

Led by The Commonwealth Scientific and Industrial Research Organisation or CSIRO, the sightings are the result of years of research. 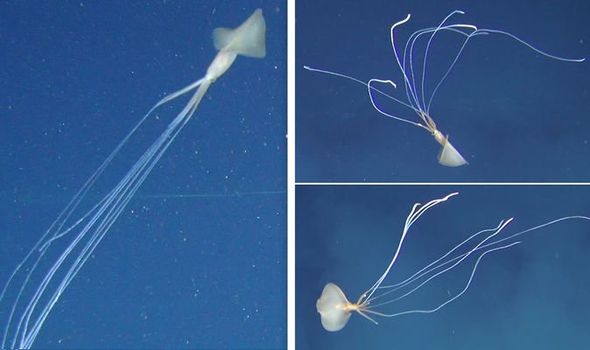 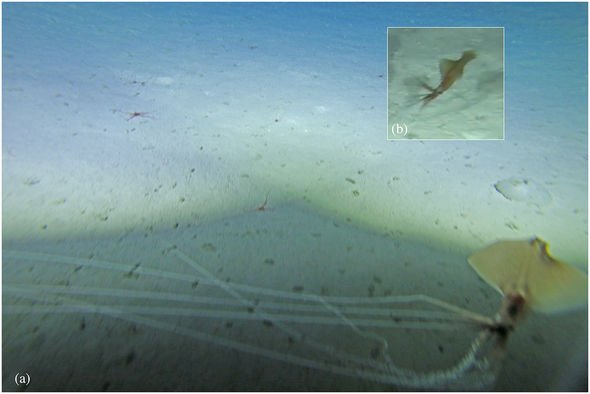 CSIRO teams carried out two expeditions: one in 2015 and one in 2017, collecting dozens of hours of video footage.

The researchers then trawled through the videos, discovering a total of five individual Bigfins.

They presented their findings this Wednesday in the journal PLOS ONE.

Very little is still known about the species, but the Bigfin has been dubbed one of the “most remarkable” deep-sea creatures in existence. 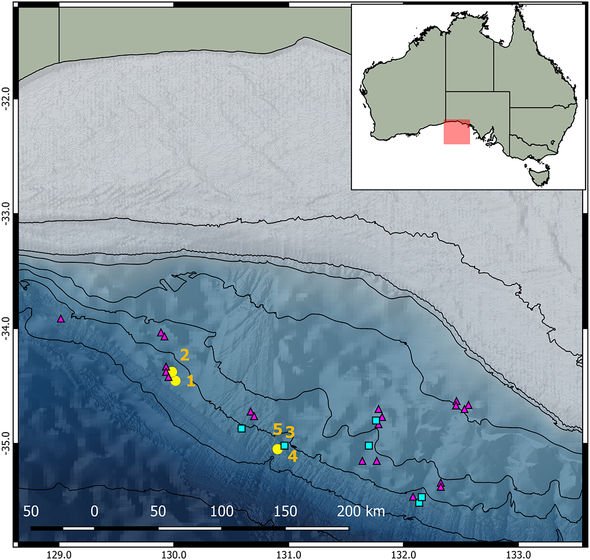 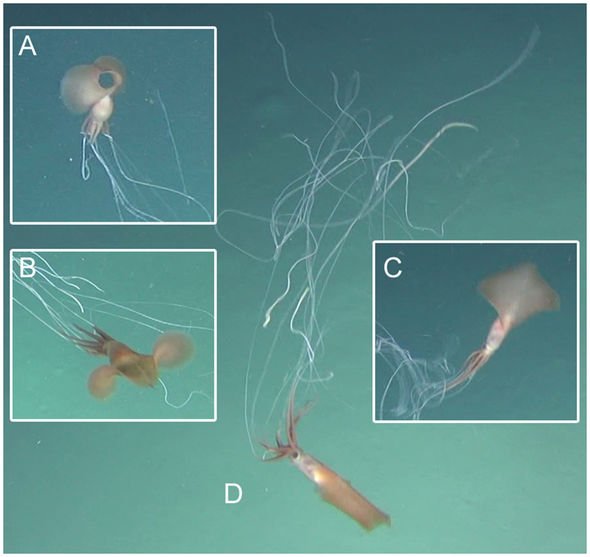 Bigfins boast large and flappy ear-like fins that stick out from the side of their head.

And their tentacles are exceptionally long, giving them an almost extraterrestrial appearance.

One of the squids was estimated to measure nearly six feet in length, tentacles included.

Its tiny body, however, was only about 5.9 inches long.

The precise measurements were made possible thanks to lasers, in stark contrast to past efforts to measure the squids by comparing them to nearby objects.

Bigfin squids live in oceans many thousands of feet below the surface of the water.

The scientists wrote in their study: “One of the most remarkable groups of deep-sea squids is the Magnapinnidae, known for their large fins and strikingly long arm and tentacle filaments.

“Little is known of their biology and ecology as most specimens are damaged and juvenile, and in-situ sightings are sparse, numbering around a dozen globally.”

Deborah Osterhage, a CSIRO scientist who took part in both voyages, said: “They’re quite a distinctive squid, so when you see them, you know you’ve really seen them and the fact they aren’t seen very often is what makes them so appealing. They almost seem otherworldly.”

Earlier this month, scientists have announced the discovery of another elusive creature – the Ram’s Horn squid or Spirula spirula.

The discovery was made by the Schmidt Ocean Institute in Australia’s Great Barrier Reef.

The institute tweeted: “Exciting news! This appears to be the FIRST observation of Spirula, aka Ram’s Horn squid, alive + in its natural environment.

“Very rarely seen or captured, they have many extinct relatives, but are only living member of genus Spirula, family Spirulidae, and order Spirulida.”