The Metropolis algorithm, a technique for generating random samplings, started out as a way to understand a fundamental problem: how atoms rearrange themselves as solids melt.

Over the decades, the Metropolis algorithm and its subsequent variations have been put to a vast number of uses and now serve as an underpinning to understanding critical challenges of our age, including making sense of huge volumes of data, predicting election outcomes and understanding Covid-19’s spread.

A physicist who played an important role in developing that algorithm and thus shaping the science of simulation, Arianna Wright Rosenbluth, died on Dec. 28 at a nursing home in Pasadena, Calif. She was 93. The cause was complications of Covid-19, her daughter Jean Rosenbluth said.

Despite her extraordinary work and despite earning her Ph.D. from Harvard at 21, Dr. Rosenbluth left the field in her mid-20s and rarely talked about her scientific achievement afterward.

James Gubernatis, a physicist now retired from Los Alamos National Laboratory in New Mexico, said he called Dr. Rosenbluth in 2003 and asked for her recollections of the Metropolis algorithm’s development. “She really just wasn’t aware of the impact it’s had,” he said. “It was like, ‘Oh, that thing.’ She was surprised that anyone even remembered it.”

The Metropolis algorithm, which Dr. Rosenbluth programmed, is the basis of what today are called Markov Chain Monte Carlo methods, a mathematics of probability and statistics that provide simulations for complex problems that don’t have convenient solutions. These methods have been used in millions of applications, spreading well beyond physics to chemistry, biology and social science. Markov Chain Monte Carlo methods are applied to economic and political forecasts as well as to modelings of Covid-19’s spread.

“It has earned a permanent place among the most important computer algorithms of all time,” said Adam Iaizzi, a physicist who dedicated his 2018 doctoral dissertation to Dr. Rosenbluth. “Almost 70 years later, it is still taught in every beginning computational physics course.” 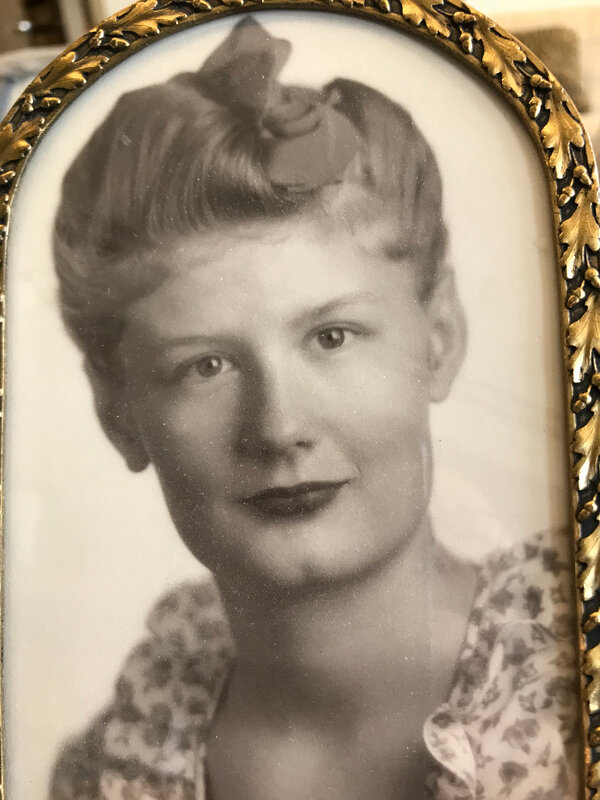 Arianna Wright was born on Sept. 15, 1927, in Houston to Augustus and Leffie (Woods) Wright. Her mother was a schoolteacher, and her father was an office manager for a flower company.

Dr. Rosenbluth, an only child, was shy as a girl and a bookworm with a lifelong fascination with L. Frank Baum’s Oz series, her daughter said. She attended Rice Institute (now Rice University) in Houston on a full scholarship and received her bachelor’s degree in physics in 1946. She was 18.

Dr. Rosenbluth was an accomplished fencer, winning not only women’s championships but also men’s. But her plans to compete in the Olympics were foiled, first by the cancellation of the 1944 summer Games during World War II, then by a lack of funds for travel to the London Games in 1948, her daughter said.

She received her master’s degree in physics from Radcliffe College in 1947 and immediately began doctoral studies at Harvard.

At the time, female physicists were exceedingly rare, and not always welcomed into the fold. Her son, Alan, also a physicist, said that when his mother had set out to find a dissertation adviser, she originally approached the physicist Felix Bloch.

“He told her flat out, without malice, but just as a fact, that he wouldn’t take female Ph.D. students,” Dr. Rosenbluth said.

She eventually did her doctoral research under the supervision of John Hasbrouck Van Vleck. She received her Ph.D. in 1949, making her the fifth woman to earn a physics Ph.D. from Harvard since it began awarding them in 1873.

After completing her dissertation, she traveled west for a postdoctoral fellowship at Stanford University, funded by the Atomic Energy Commission. There she met Marshall Rosenbluth, another physicist.

They married in 1951 and moved to New Mexico to work at Los Alamos. One colleague was Edward Teller, the famously fierce advocate of the hydrogen, or thermonuclear, bomb.