The huge mysterious ancient drawing was a huge feline geoglyph carved into a hillside in Peru. The ancient motif was accidentally discovered near near the world famous Nazca lines. Maintenance workers carrying out work during the coronavirus pandemic came across the strange cat geoglyph. The Peruvian Ministry of Culture later released drone footage showing the scale of the huge ancient carving.

The newly discovered geoglyph, believed to be more than 2,000 years old, was measured at 37 metres long with the lines of the design about 10 inches wide.

However, Jhony Islas, director of the Nazca-Palpa management plan of the Ministry of Culture, warned that the latest drawing was barely visible and at danger of becoming completely erased.

Mr Islas blamed this on the feline drawing’s position on a steep slope, subjecting it to the effects of natural erosion.

He added that the latest finding could be the tip of iceberg, teasing that it is likely there are even more designs out there waiting to be discovered. 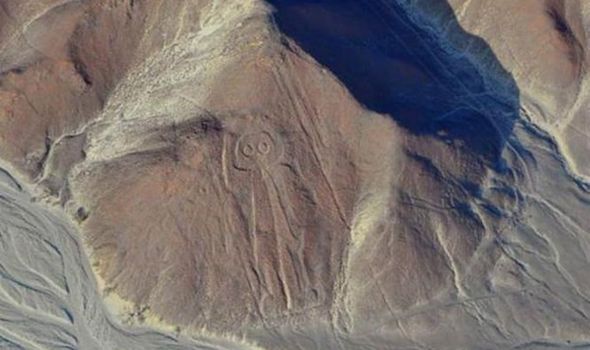 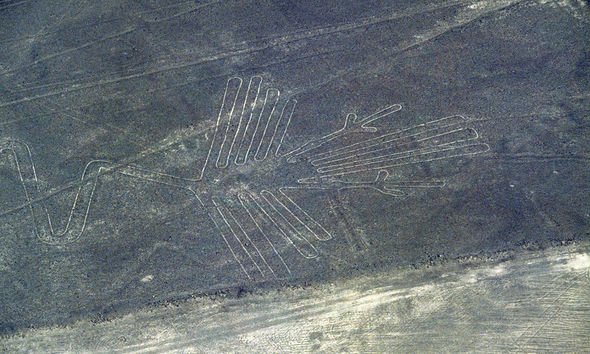 He said: “Well, one of the things that continues to surprise, and that many ask, is how we still find new geoglyphs, and in fact, there are new ones and we will continue to find more.

“This has improved a lot in recent years with the use of modern technology.

“Before we had aerial photographs or photographs from the planes, but now we have photos that can be taken with the drones at very low altitude and that helps us a lot.”

The Nazca Lines are carved on the surface of the coastal desert in the south of Peru, depicting strange creatures, shapes and plants. 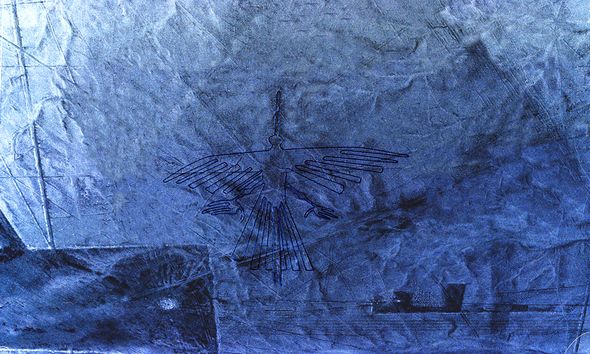 The meaning behind the drawings has long divided scholars.

The geoglyphs were made by people of the Palpa and Nazca cultures between 500 BC and 500 AD.

Some experts claim they hold religious significance as a means to please the gods. 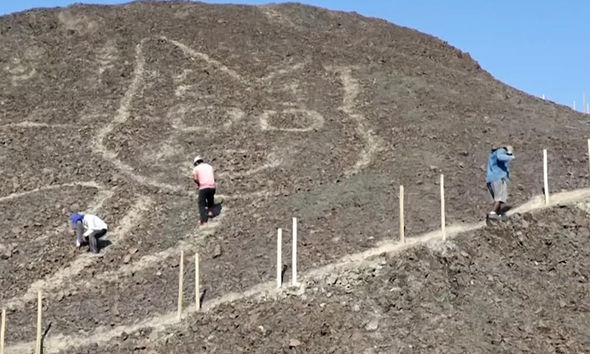 Others have speculated that the Nazca Lines were made as part of irrigation schemes.

Many of the pre-Hispanic lines are barely visible at ground level and can only be deciphered when seen from a great height.

Fringe theorists even posit that the drawings are messages to extra-terrestrials visiting Earth, because they can only be seen from the air.

According to UNESCO, the Nazca lines are unmatched in its extent, magnitude, quantity, size, diversity, and ancient tradition to any similar work in the world.