Antarctica has felt the full effects of climate change, as global warming has led to the frozen desert becoming one of the most heavily impacted areas in the world. In February, the crew of the Thwaites Glacier Offshore Research Project (THOR) discovered Sif Island in West Antarctica after the Pine Island Glacier melted from around it. But, this transformation did not happen overnight.

The USGS has uncovered images from its Landsat satellite – operated by NASA – which exposed the gradual formation of the island over a six-year period.

Sharing the news on its YouTube channel in March, the USGS said: “Antarctica has been the source for a host of fascinating satellite images over the last few months.

“We’ve offered scenes from the southern solstice, images of icebergs adrift, and shots of pooling meltwater during some of the warmest days on record.

“But an international team of scientists on board a US research vessel recently made another discovery related to polar warning trends – an uncharted island. 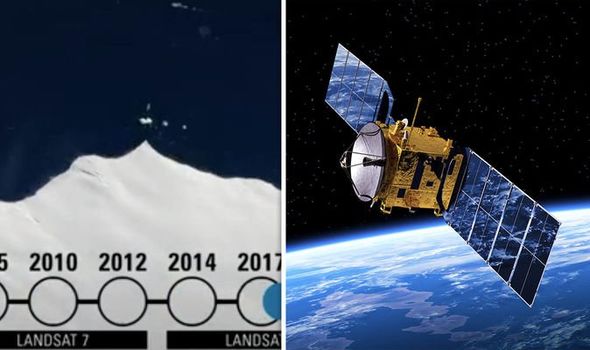 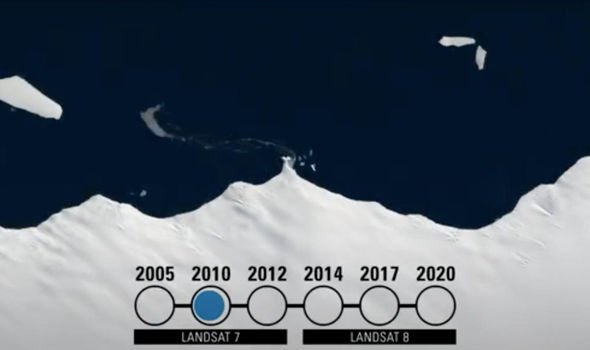 “Landsat, as it turns out, had been watching the island for years.”

The video went on to detail what had occurred over the years.

It added: “It emerged slowly from a stretch of coast between the Thwaites and Pine Island glaciers in West Antarctica. 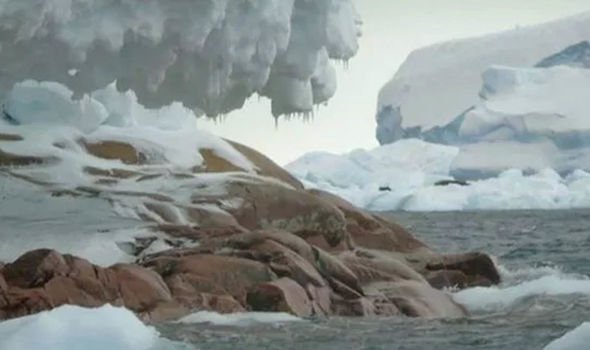 “At its widest, the granite outpost measures less than 400km across, in February, the crew of the Thwaites Glacier Offshore Research Project, or THOR, became the first humans to see the island for what it was.

“The crew dubbed is Sif Island after a Norse goddess of Earth and wife to Thor.”

Sif island is still largely covered by ice, but researchers noted spotting seals that had now made it home.

Now that the island has been identified, scientists will conduct further studies on it to understand more about how the land beneath the ice of Antarctica may respond to climate change. 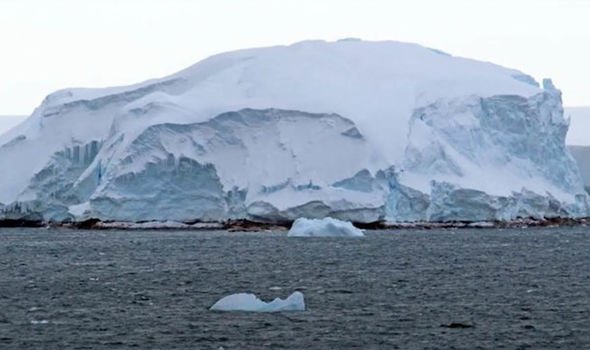 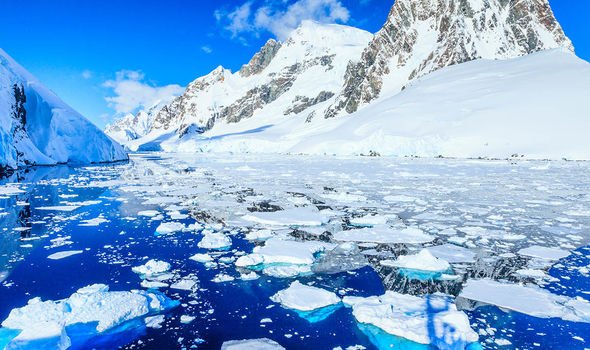 The Thwaites Glacier is located in one of the most remote and hostile areas of West Antarctica and is known as the ‘doomsday glacier’.

This huge chunk of frozen water was given its ominous apocalyptic nickname because of the risk it will break apart and dump so much freshwater into the ocean that sea levels rise by more than two feet.

As it stands, sea levels are rising at about 8mm per year due to melting ice, and while that does not seem like much, the implications for future generations could be huge.

If it continues at the current rate, or gets faster, it could mean coastal cities such as New York could be submerged by the end of the century.