An Android version of Apple’s Air Drop may roll out on PC’s as well as mobile devices.

In a recent build of the latest Chrome OS, ‘Nearby Sharing’ – a feature that lets users transfer photos and videos as well as other large files – is being listed in the settings according to a report from 9to5Google.

This is the first evidence that ‘Nearby Sharing’ or ‘Nearby Share’ will be on PC’s and Chromebooks in addition to mobile Android devices.

Previously, release notes discovered in Android 11 suggested the mobile operating system is working on a feature calls ‘Fast-Share’ that allows users to share files instantly if they’re within proximity.

The note, first reported by 9to5Google, describes an apparent issue with the feature and reads:

‘When sharing files with Fast Share between two Pixel 4 devices, the operation completes successfully, but the UI on the device which receives the file states that it did not receive the file.’

While prior reports from XDA Developers suggested that the feature had been named ‘Nearby Sharing’ documents seem to point to reference it as ‘Fast Share – its original name.

It’s still unclear when the feature will be launched, however. While Android 10 was released in September, the tool never made its way into the operating system.

Google’s introduction of a file sharing feature comes after Samsung introduced its own called Quick Share, which debuted on the recently release Samsung Galaxy S20.

Like Apple’s AirDrop, compatible phones nearby Samsung phones appear in the Quick Share screen allowing for the transfer of images, video and other files. 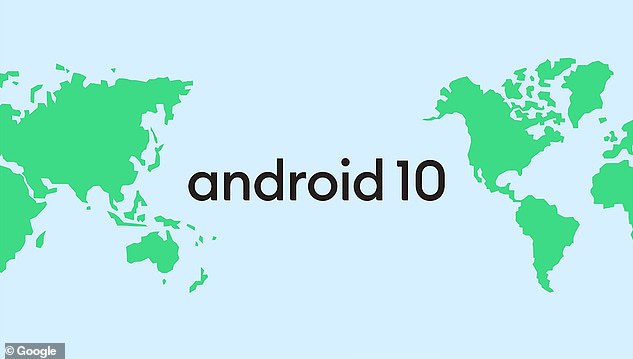 Android will eventually release a file sharing  feature for exchanging videos, pictures and more, that mimics both Apple’s AirDrop and Samsung’s Quick share

If enabled, Quick Share will similarly support sending and receiving either to every compatible device nearby, or just those whom are also in your contacts list.

The tool is capable of quickly sharing files that are fairly large – ones that might typically take several minutes to transfer even with a high speed connection.