The Giza Necropolis, or the Giza pyramid complex, towers over the sandy dunes of northeast Egypt as a testament to the might of the Pharaohs. Three large pyramids and three smaller tombs sit just outside of Cairo on the Giza Plateau, where the ancient constructions house the bodies of the dead.

The smallest of the three larger structures is the Pyramid of Menkaure, built as the final resting place of the Pharaoh Menkaure.

A team of archaeologists from Poland have been studying this particular pyramid and its surroundings for the past 30 years.

The researchers are fascinated by the lives of Egypt’s working class, which raised the pyramid some 4,500 years ago.

At the time, the areas surrounding the pyramid were bustling with activity and settlements for the thousands of builders and masons tasked with the pyramid’s construction. 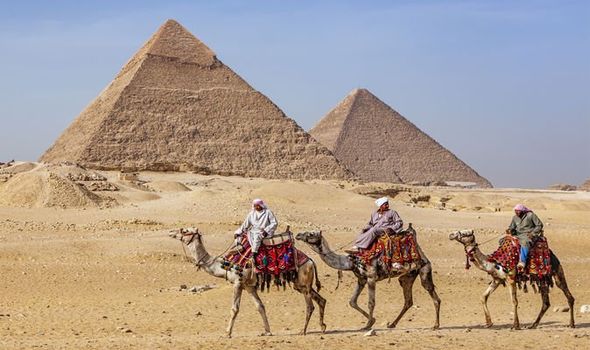 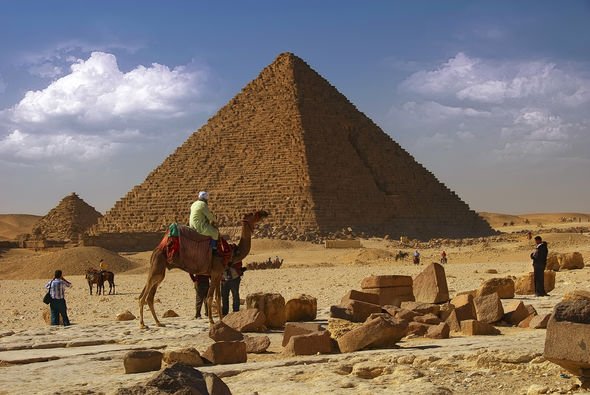 Archaeological discoveries in the area have yielded a treasure trove of information about the architecture of Ancient Egypt but also about the daily ins and outs of Egyptian life.

But one discovery, in particular, has shed light onto how the hierarchies of Egypt’s society interacted with one another thousands of years ago.

According to Anna Wodzińska from the University of Warsaw’s Institute of Archaeology, researchers have been digging up for many years fragments of ceramic pots and dishes made in Egypt.

Although the artefacts by themselves might not seem significant, researchers have been finding ceramic dishes made thousands of miles away in Lebanon.

Dr Wodzińska said: “These are crusts from dishes crafted in a careful manner.

“Thanks to the specialist analysis of the raw material used in their making, it turned it was not local, which means the dishes were imported.”

It turned it was not local, which means the dishes were imported

According to the archaeologist, even 4,500 years ago, the Pharaohs were importing many raw materials and luxury goods from abroad.

The Ancient Egyptians, in particular, had a liking towards Lebanese cedar wood which was used to construct Egyptian boats.

Dr Wodzińska added: “On the other hand, these vessels also discovered in Giza, were used to bring olive oil, resins, wines or cedar oils to Egypt.” 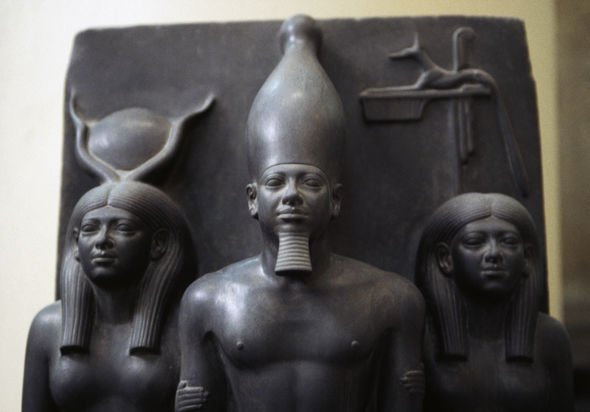 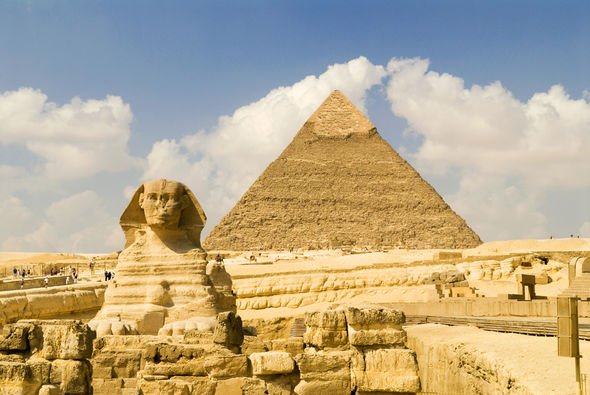 But the clay dishes and pots imported from Lebanon to Egypt would have most likely been out of reach for Egypt’s working classes.

So how did the archaeologists then discover their fragments in the settlements near the pyramid’s construction site?

Dr Wodzińska said: “These types of products went to senior officials and the more wealthy citizens.

“After using up the product they contained – oil or wine – the containers would gain a new life.

“They went into a secondary circulation, hence their presence among the lowest qualified labour force.

“They were simply well-made dishes the could be used for various daily purposes.”

The Pyramid of Menkaure was constructed for the ancient king of the Fourth Egyptian dynasty, during the so-called Old Kingdom.

Menkaure was the grandson of the famous Pharaoh Khufu or Cheops, whose Great Pyramid towers over the rest.

The Pyramid of Menkaure stands at approximately 201ft (61m) in height but was left unfinished by the time of the Pharaoh’s death.