Covid fuels the current virus pandemic, but the world is full of flu viruses waiting in the wings. And they keep changing unpredictably. 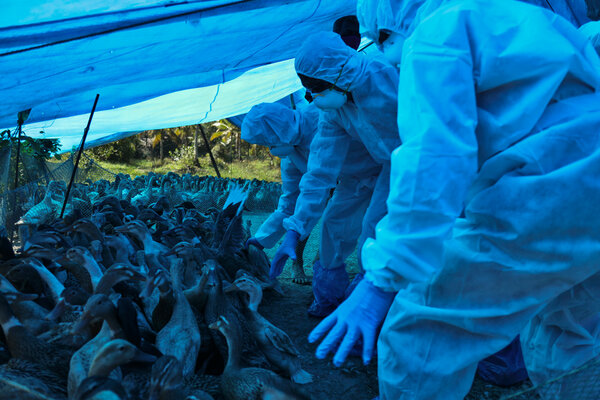 When a bird flu virus struck a major poultry farm in Russia earlier this year, it was a reminder that the coronavirus causing the pandemic was not the only dangerous virus out there.

The authorities quickly tested the birds and moved into high gear, killing 800,000 chickens, disposing of the carcasses and cleaning the farm to stop the potential spread to other chicken farms. But they were also concerned for humans.

They tested the birds and sequenced the virus, determining that it was the H5N8 strain of avian flu, highly dangerous to both wild and domestic birds. It is established in Asia and has been increasingly causing deadly outbreaks in birds in Europe. H5N8 viruses have infected some poultry flocks in the United States, but the viruses come from a different though related lineage of virus, distinct from the current H5N8 viruses in Asia and Europe. Flu viruses combine and mutate frequently in unpredictable ways.

In the short period from Dec. 25, 2020, to Jan. 14 of this year, more than seven million birds were lost to H5N8 outbreaks in Europe and Asia. Europe alone had 135 outbreaks among poultry and 35 among wild birds. Of course, to put the numbers in context, humans consume about 65 billion chickens each year, and one estimate puts the number of chickens on the globe at any one time at 23 billion.

As damaging as H5N8 has been to birds, it had never infected people. Until February. The Russian health authorities also tested about 200 of the people involved in the cleanup of the farm in Astrakhan, using nasal swabs and later blood tests for antibodies. They reported that for the first time, H5N8 had jumped to people. Seven of the workers appeared to have been infected with the virus, although none of them became ill. Only one of those seven cases, however, was confirmed by genetically sequencing the virus.

Nonetheless, the potential danger of the new virus and its jump to humans set off alarm bells for Dr. Daniel R. Lucey, a physician and a specialist in pandemics at Georgetown University. 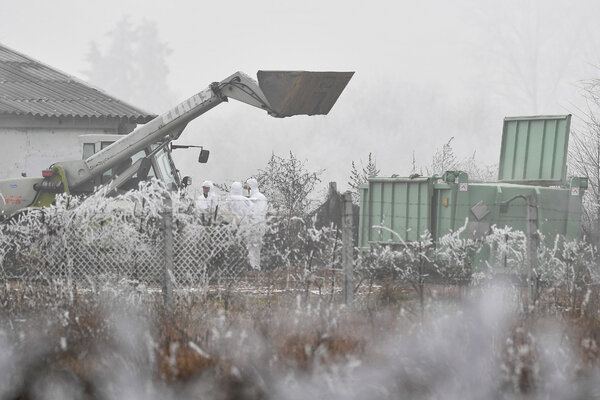 He began writing about the Astrakahn event in a blog for other infectious disease experts as soon as it was publicized. He reported that during a television interview, a Russian public health official said the H5N8 virus was likely to evolve into human-to-human transmission. That possibility was frightening.

“The W.H.O. finally put out a report Feb. 26,” he said. But it did not frame the event as particularly alarming because the virus was not causing human disease, and the report judged the risk of human-to-human transmission as low, despite the Russian official’s comment.

To Dr. Lucey, no one else seemed to be taking the infection of humans with H5N8 as “of any concern.” He added, “I think it’s of concern.”

Other scientists said they were not as worried.

Dr. Florian Krammer, a flu researcher at the Icahn School of Medicine at Mt. Sinai, said he was more concerned about other avian flu viruses like H5N1 that have already shown themselves to be dangerous to people. Another avian influenza virus, H7N9, infected people for the first time in 2013. There have been more than 1,500 confirmed cases and more than 600 deaths since then. Since 2017 there have been only three confirmed cases and the virus does not jump easily from person to person.

It is always possible that any virus can evolve human-to-human transmission, as well as become more dangerous. But H5N8 would have both hurdles to jump. Compared to other viral threats, Dr. Krammer said, “I’m not worried.”

Dr. Richard J. Webby, a flu specialist at the St. Jude Graduate School of Biomedical Sciences and director of the W.H.O.’s Collaborating Centre for Studies on the Ecology of Influenza in Animals and Birds, said that all of the H5 viruses are of concern because some of them have infected and killed people. But, he said, “They all have the same sort of binding capacity to human cells, which is limited,” he said. Flu viruses use a slightly different way to attach to cells in birds than to cells in humans and being good at one usually means not being good at the other.

Dr. Webby also said that while seven infections would certainly be of concern, only one infection has been confirmed. The tests of the other six involved nasal swabs and blood antibody tests. In people with no symptoms, he said, nasal swabs can simply indicate that they had breathed in virus. That would not mean it had infected them.

Blood antibody tests also have a potential for error, he said, and may not be able to distinguish exposure to one flu virus from another.

Nor did he see any scientific basis for suggesting that H5N8 is more likely than any other bird flu to evolve human-to-human transmission. But any virus could evolve that ability.

Dr. Lucey said that he was heartened to see that the U.S. Centers for Disease Control and Prevention had prepared a candidate vaccine for H5N8 before it had infected humans. Candidate vaccines are simply first steps in planning for potential problems, and have not been through any testing. They exist for many viruses.

“Humans should be routinely tested for the virus, right at the time of the outbreak in birds,” Dr. Lucey said. He favors the protocol followed in Astrakahn, and argues that for any outbreak among birds, public health authorities should test people who are exposed to sick birds with nasopharyngeal swabs and an antibody test, followed by other antibody tests a few weeks later.

An upcoming editorial in the journal Travel Medicine and Infectious Disease also takes up the Astrakahn incident and calls for increased monitoring of all H5 viruses.