Amysterious explosion that killed at least seven people at a Russian military site has reignited concerns about the threat of nuclear warfare.

US officials believe the explosion could be the result of a failed test of a nuclear missile Russia is developing called “Skyfall.”

Shortly after the explosion, authorities in the city of Severodvinsk reported a brief spike in the area’s radiation levels. Residents of a nearby town were alsotold to evacuate, but the orders were soon cancelled.

Less than two weeks later, the US performed its own test launch of a cruise missile off the coast of California. Russia and the US recently dissolved their Intermediate-Range Nuclear Forces (INF) Treaty, which prohibited both nations from possessing, producing, or testingthousands of land-based missiles.

In the unlikely event of a nuclear explosion in the US, the governmenthas some guidelines for how to respond — including a few warnings about things you should never do. Here’s what to know.

According to the Federal Emergency Management Agency (FEMA), you should never seek shelter in your car. 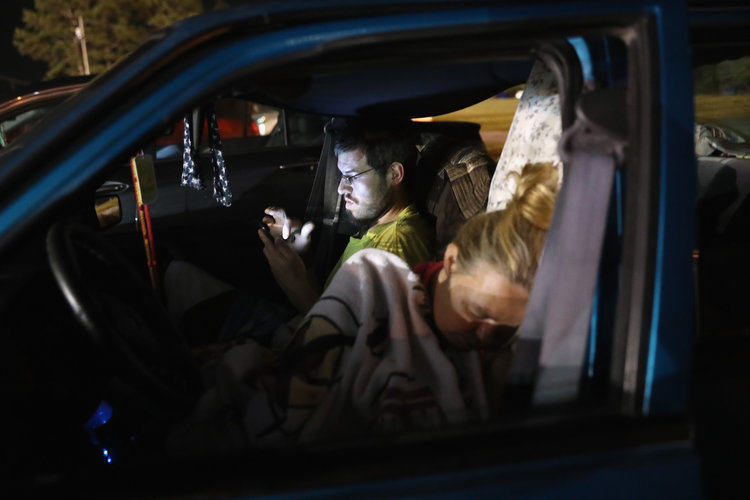 Nuclear blasts set off a flash of light, a giant orange fireball, and shockwaves that can topple buildings. But a longer term threat comes in the minutes and hours after that explosion.

Nuclear explosions can produce clouds of radioactive dust and ash that disperse into the atmosphere — what’s referred to as nuclear fallout. Exposure to this fallout can result in radiation poisoning, which can damage the body’s cells and ultimately prove fatal.

The debris takes about 15 minutes after an explosion to reach ground level, so it’s important to find shelter right away.

FEMA advises not to shelter in your vehicle, though. Cars’ glass windows and metal frames make them too flimsy to protect you from nuclear fallout. Driving away is also futile, since it’s tough to anticipate where the radiation will travel.

The one exception to this rule is ducking inside your car in an underground parking garage, which could provide an added layer of protection.

Read more: If a nuclear bomb explodes nearby, here’s why you should never, ever get in a car

Once you’re inside, don’t stand near the windows. 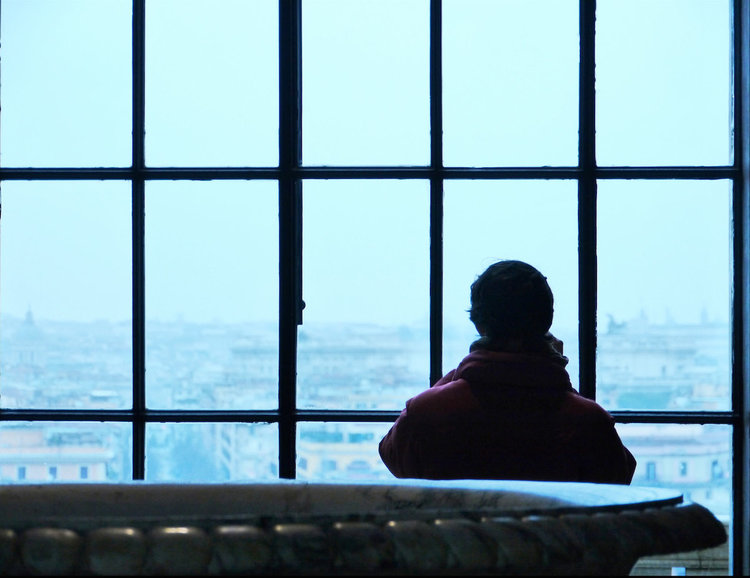 FEMA identifies brick or concrete buildings — particularly those with basements — as the safest forms of shelter. Buildings with few to no windows, such as a school or office, are ideal shelters if there’s a threat of nuclear fallout. Mobile homes, however, are considered too fragile to offer enough protection.

If you take cover in multi-story building, choose a central location and steer clear of the top and bottom floors.

If your structure does have windows, FEMA advises standing far away from them, in the center of a room. That’s because shockwaves canshatter windows up to 10 miles from an explosion, resulting in flying glass that could injure people who are too close.

Read more: If a nuclear bomb goes off, this is the most important thing you can do to survive 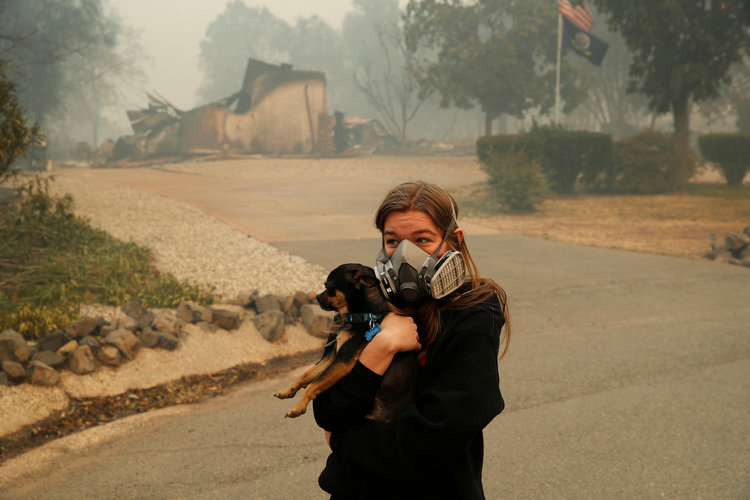 Nuclear fallout gives off the most radiationduring the first few hours after an explosion, so it’s important to stay indoors.

FEMA advises people to stay put inside their place of shelter until they receive instructions from emergency-response officials.

Take a shower as soon as possible, and seal away contaminated clothes. 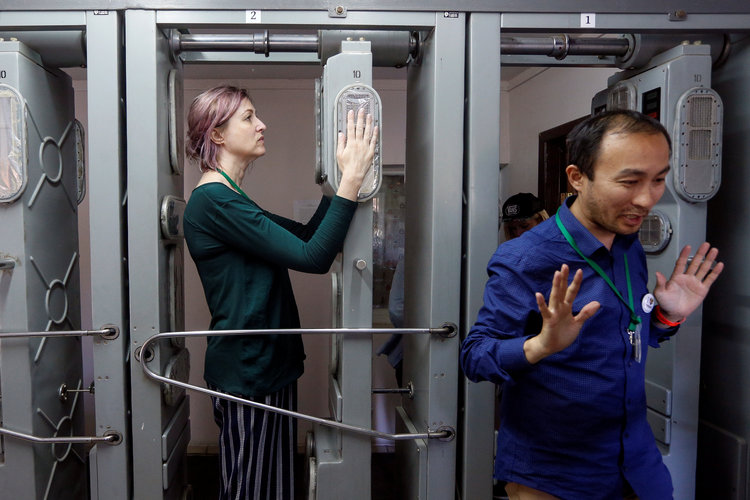 People who were outside during an explosion should shower as soon as possible, making sure the water is warm and soap is applied gently. Scrubbing too hard could break your skin, which acts as a natural protective barrier. You should also cover any cuts or abrasions while you’re rinsing off.

For those without access to a shower, FEMA recommends using a wipe or wet cloth. The Centers for Disease Control (CDC) also advises people to blow their noses and wipe their eyelids, then place the tissues or cloth in a sealed plastic bag.

Because outer layers of clothing would likely be contaminated by fallout, the CDC recommendssealing them in a bag that’s out of the reach of children and pets.

But do not use conditioner when you shower, since it can bind to radioactive material. 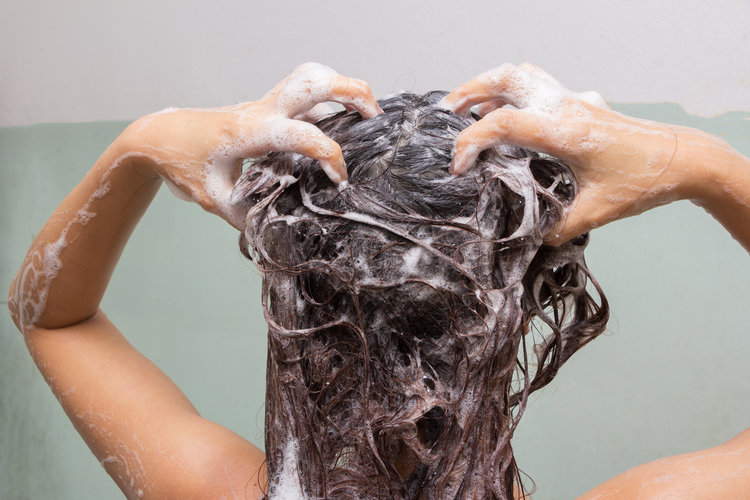 Rinsing your hair with shampoo is critical after being exposed to radiation, but conditioner is a major “no-no,” according to the CDC.

That’s because conditioners carry compounds called cationic surfactants, which bind to radioactive particles and can trap them in your hair. They’d essentially act like glue between your hair and radiation.

As a general rule of thumb, it’s best to only use products on your body that are designed to get rinsed off. Items like body lotion and face cream should wait until you’re in a safer situation with less risk of contamination.

Avoid eating unpackaged food or food that was left outside. 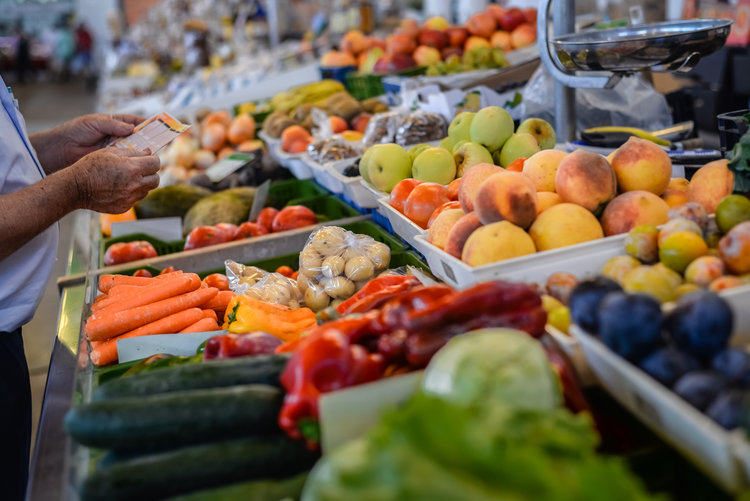 Following any kind of nuclear explosion, the CDCsays it’s alright to consume food from sealed containers such packages, bottles, or cans. You can also eat things from your pantry or refrigerator, as long as you wipe off food containers, cookware, counters, and utensils.

But anything that was left uncovered, especially if it was outdoors — such as fruits or veggies from a garden — is unsafe to eat unless it’s been cleared by emergency officials.

The government warns not to search for their family members until the risk of exposure has gone down. 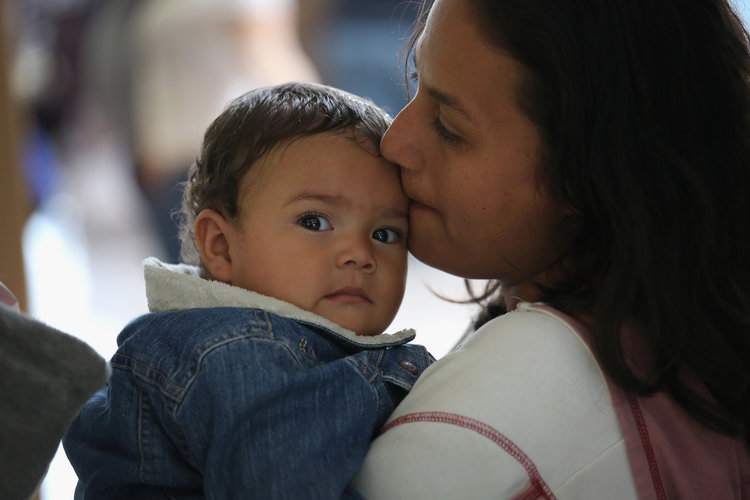 The US Department of Health and Human Servicesrecommends staying indoors for at least 24 hours in the event of a nuclear explosion. After 48 hours, the exposure rate from a 10-kiloton explosion (the type thatmight damage, but not destroy, a city) goes down to just 1%.

“While sheltering is a priority for protecting public health, it goes against natural instincts,” a collection of government agencieswrote in a 2010 report. “After a nuclear detonation, people will need to understand why they and their families are safest staying sheltered.”