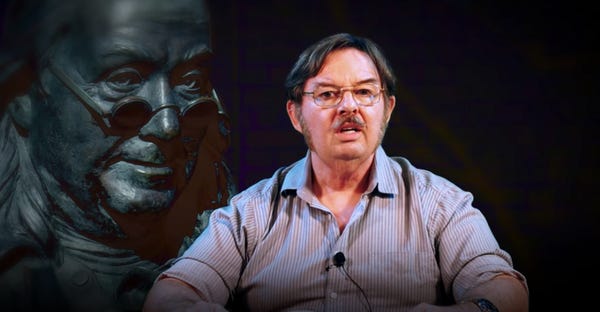 For years, Jim Watkins has occupied a dark role on the internet.

The owner of the fringe message board 8kun — formerly 8chan, best known as a forum for violent extremists and mass shooters — has been a prominent voice advocating for limitless protections for speech online, even when it veers into hate.

In 2019, Watkins testified in front of Congress, saying his platform "has no intent of deleting constitutionally protected hate speech," doing nothing to assuage fears that spaces like 8kun would continue to serve as a breeding ground for extremism.

Now, in 2020, Watkins and 8kun are suspected of playing a role in another US-based extremist movement: the QAnon conspiracy theory.

Many QAnon watchers and internet sleuths believe that Watkins could have a primary role orchestrating of the conspiracy theory movement that is quickly bleeding into mainstream conservative politics.

But some experts told Insider that, even if he did, the revelation would come too late to change the minds of people who believe in the conspiracy theory.

The entire worldview of QAnon adherents is based on the notion that the anonymous "Q" figure has been communicating with them for years. If Watkins is "Q," the community would be forced to reckon with proof that the anonymous figure actually has no connections to the White House.

Fredrick Brennan, the software developer who created 8chan and has since become its most vocal critic, believes that Watkins is responsible, in some part, for "Q drops."

"He's smart in that he sees that there is power to be had by controlling the fringes of society, not just the core mainstream level of society," Brennan, who has worked with Watkins, told Insider.

QAnon has grown out of Watkin's platforms

The QAnon movement revolves around a baseless far-right conspiracy theory that claims President Donald Trump is secretly fighting an elite "deep state" cabal of human traffickers. It was born on the message board 4chan in 2017, before moving to 8chan, where people began to pick up on so-called "Q drops" from an anonymous poster named "Q" who claims to have a high-level security clearance in the US government.

When 8chan, which was owned by 56-year-old Watkins, went offline in 2019 after its cybersecurity provider cut ties with the platform, "Q" reappeared on Watkins' new platform, 8kun.

Aside from his initial appearance on 4chan, "Q" sends messages to his followers only on a platform operated by Watkins and his son, Ron.

QAnon skeptics have long been curious about Jim Watkins' impact on QAnon, but many QAnon researchers and experts have recently speculated that Watkins himself might be responsible for the "Q drops."

Despite the evidence that "Q" is likely not whom he says he is, QAnon supporters don't seem to care.

Alexander Reid Ross, a doctoral fellow at the Center for Analysis of the Radical Right, an organization that tracks right-wing extremism worldwide, told Insider that because conspiracy theories exist in a framework of "deep suspicion and paranoia," QAnon adherents won't take new assertions of truth lightly.

"Every iteration has to become plausible for them, and sort of co-exist within what they already believe through QAnon," Reid Ross said. "They can't walk it back — they have to continue to move forward."

Brennan worked with the father-son Watkins duo until 2018 when he quit in protest of the platform being used for harm, as mass shooters continually used the message board. Brennan's relationship with the men unraveled, eventually leading to Jim Watkins hitting him with a libel lawsuit.

Brennan's theory that Watkins may be "Q" has recently been investigated by The Atlantic in June. In a September investigation, ABC News reported on the likelihood that Watkins is Q, finding that he and his son, Ronald, are the "two Americans most clearly associated" with Q drops. The theory was also popularized by a September "Reply All" podcast episode.

There are several reasons why people think Watkins might be "Q"

Watkins, an American entrepreneur and pig farmer who now lives in the Phillippines, has immense control over QAnon, as the community exists on his platform.

While the first message appeared on 4chan, which is not owned by Watkins, in 2017, the anonymous figure soon moved to Watkins' 8chan, and then to 8kun. When Cloudflare, 8chan's cybersecurity provider, cut ties with the platform last year, 8chan went dark for three months.

Without 8chan, "Q" did not post elsewhere online. They simply disappeared before re-emerging on 8kun, Watkins' new speech absolutist.

In an effort to preserve each user's privacy, users of 8kun and its predecessors don't have accounts with their name attached, like on Facebook or Twitter. Instead, they each have a tripcode, a code sequence that lets other users know the same individual is posting.

But because third parties cannot verify each poster's identity with the tripcodes, they are not secure, according to Brennan. Watkins could easily be using the tripcode originally associated with "Q" — or any other tripcode on the site, Brennan said.

Brennan also pointed out in a tweet that the IP address hosting 8kun also hosted QMap.pub. The website cataloged "Q drops" and has previously drawn 10 million visitors a month, according to data compiled by the analytics firm SimilarWeb.

The fact-checking company Logically, which uses artificial intelligence to help fight misinformation, reported on September 10 that Jason Gelinas, a New Jersey information technology specialist at Citigroup, was the operator of QMap. Citigroup confirmed to Insider on Tuesday that the company had fired Gelinas, as Bloomberg News first reported.

Gelinas did not respond to Insider's request for comment. He told Bloomberg News in September that he wanted to "stay out of it."

The website shut down soon after the alleged ties to Watkins and Gelinas came to light.

The QAnon conspiracy theory has contributed to Watkins' success

While Watkins has not publicly supported QAnon, he wore a "Q" pin when speaking before a House Homeland Security Committee hearing in September 2019.

"Q is the main draw to Jim Watkins' website," Travis View, a conspiracy theory researcher and co-host of the podcast "QAnon Anonymous" told Insider in an interview. "He's willing to, at the very least, wink and nod and support the community."

8kun draws in money from advertisements, so the more eyes on the site, the more money it can make.

And traffic data shows that QAnon is undoubtedly the main draw to 8kun. According to SimilarWeb, the analytics firm, four of the five top traffic referrals to 8kun are websites that track "Q drops" — a whopping 54% of 8kun's traffic in August came from the now-defunct QMap.pub.

Watkins is also raising money to donate to political campaigns with a PAC that is using messaging that echoes language popular within the QAnon community.

Read More: The bizarre life of 8chan owner Jim Watkins, the middle-age veteran who decamped to the Philippines and runs a pig farm

At the end of February, Watkins registered the PAC, "Disarm the Deep State," with the Federal Elections Commission (FEC). Watkins is the treasurer of the PAC, which is based in Mississippi, according to FEC documents reviewed by Insider.

FEC documents made available to the public by The Center for Responsive Politics show that as of August 31, the PAC had earned nearly $4,000 and spent $646, with no money contributed to federal candidates.

Watkins has used money raised by the PAC to buy advertisements on his own platform, View said.

The PAC's website doesn't reference QAnon specifically, but says that it will "support candidates, legislators, and legislation" that return "power to American citizens and inhibits bureaucratic bad actors." The Center for Responsive Politics categorizes it as a "Republican/Conservative" group.

The PAC's website uses language popular within the QAnon community, calling the PAC a group made of "patriots" that is working to "bring our growing movement of disillusioned individuals into the limelight." QAnon devotees often call themselves "patriots," as "Q" first identified himself as "Q Clearance Patriot."

Still, "there's no indication" that QAnon believers understand the power Watkins has over their community, View said, and there's little evidence, if any at all, that the community has been rattled by the recent reports.

Even if Watkins, or someone else without US government clearance or connections to the White House, were proven to be the person behind "Q," experts say QAnon adherents would ignore that information — or craft a new explanation for why Watkins being "Q" fits into their belief system.

View said that QAnon folks are so emboldened in their own worldview that breaking down that conspiracy theory thinking will likely be impossible.

"There's really nothing that's going to totally dissuade the currently existing QAnon community that they were mistaken," View said. "They can morph into something else, but they are extremely invested in their belief."

Even if it can be proven that "Q" is a person or group of people with none of the power they purport to have, View said he believes there's a misconception about how people see QAnon — which has been linked to several crimes and referred to as a potential domestic terrorism threat by the FBI — meeting its demise.

"I think a lot of people have this fantasy that once we sort of uncover the truth to QAnon and its origins, that will somehow break the spell for the QAnon followers," View said. "That's just not the case."