Jesy Nelson rose to fame as one-fourth of the British girl group Little Mix, who achieved global success and sold over 60 million records. However, due to personal reasons, Nelson put herself first and revealed in December 2020 that she would be leaving the band nine years after winning “The X Factor” in the U.K.

As previously reported by BBC, Nelson broke the news via an Instagram post that has now been deleted. “I find the constant pressure of being in a girl group and living up to expectations very hard,” she said, adding, “I need to spend some time with the people I love, doing things that make me happy.” The remaining members of Little Mix — Perrie Edwards, Jade Thirlwall, and Leigh-Anne Pinnock — respected Nelson’s decision to leave and stated on Twitter they are “fully supportive” of their friend.

According to Music Business Worldwide, Nelson signed a solo record deal with Polydor Records five months after quitting Little Mix. With that being said, it appears the “No More Sad Songs” hitmaker is ready to release her first-ever single without her former bandmates. Keep reading to find out more. 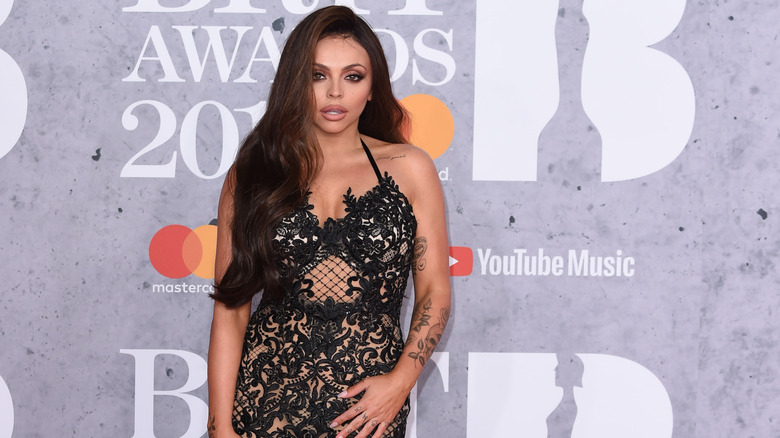 According to The Sun, Jesy Nelson will release her first solo single nine months after telling the world she will no longer be a member of Little Mix. The “Woman Like Me” chart-topper has reportedly been rehearsing for the music video in London “with a troupe of 20 dancers expected to feature in the video.”

“Jesy spent several months at the beginning of the year working on the music and it has all come together quite quickly,” a music insider told the publication. “Her new record label Polydor are keen to strike while the iron is hot, so they are throwing everything at her project and want the first single out in a matter of weeks.”

“It is more upbeat than some ­might be expecting and there will be plenty of choreography in the video,” the source continued, adding, “The difference this time is that she is not comparing herself to her bandmates. It’s been so refreshing for her.” As of this writing, no release date or title has been revealed. However, The Sun claims the song will be out to enjoy next month. Good luck, Jesy! We can’t wait to hear it.