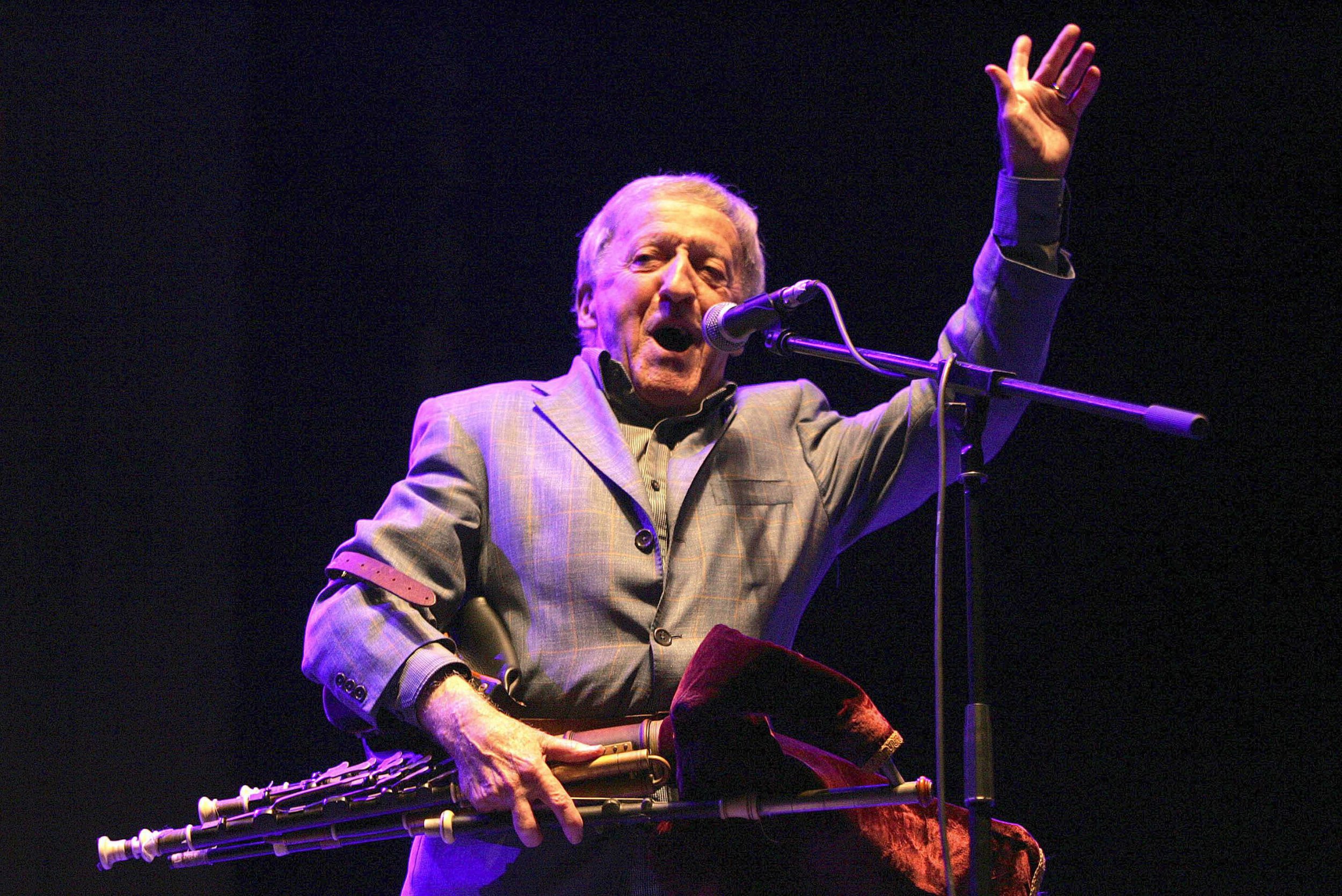 Irish music legend and founder of The Chieftains Paddy Moloney has died aged 83.

The musician died on Monday night, with tributes pouring in across social media.

Hailing from Donnycarney in north Dublin, Moloney grew up in a musical family and began playing the tin whistle before progressing to the uileann pipes – similar to a bagpipe – at the age of eight, learning from the famous piper Leo Rowsome.

The multi-instrumentalist also played the button accordion and bodhrán, and began forming musical groups in the 1950s.

It was in 1962 that he formed the group that would become The Chieftains, alongside Sean Potts and Michael Tubridy, who are credited by many to having brought Irish traditional music to a global audience.

The Chieftains won six Grammys out of 18 nominations during their career, and collaborated with artists including Van Morrison, Art Garfunkel, Mick Jagger, Marianne Faithfull, Willie Nelson and Luciano Pavarotti.

Some of their most iconic performances include a show before Pope John Paul II in the Dublin’s Phoenix Park in 1979 to mark the Papal visit.

The Chieftains were also known for working on the Oscar-winning soundtrack to Stanley Kubrick’s film Barry Lyndon, with Moloney also composing for Treasure Island, The Grey Fox, Braveheart and Gangs of New York.

In addition to playing on every one of The Chieftains’ albums, Moloney did session work for artists including Paul McCartney and Stevie Wonder.

Imelda May was among those paying tribute to the star, tweeting: ‘So sad to hear of the passing of our dearest Paddy Moloney. He was ours wasn’t he.

‘He made us all so proud of our heritage and brought such joyous energy. I’m honoured to have known and worked with not just a legend but a thoroughly lovely man.’

Today FM DJ Ed Smith wrote: ‘The work Paddy Moloney did in bringing the beauty of Irish music, culture, as well as the very country itself to the world is completely immeasurable and utterly unrivaled. And it looked like he never ‘worked’ a day in his life doing it. A giant of a man. RIP.’

Others referred to Moloney as one of Ireland’s ‘finest musicians’, and a ‘true great’.

The Irish Traditional Music Archive said that he ‘made an enormous contribution to Irish traditional music, song and dance’ and that ‘few people can lay claim to having the level of impact Paddy Moloney had on the vibrancy of traditional music throughout the world’.

Moloney is survived by his wife Rita, and his sons Aonghus and Pádraig and daughter Aedín.