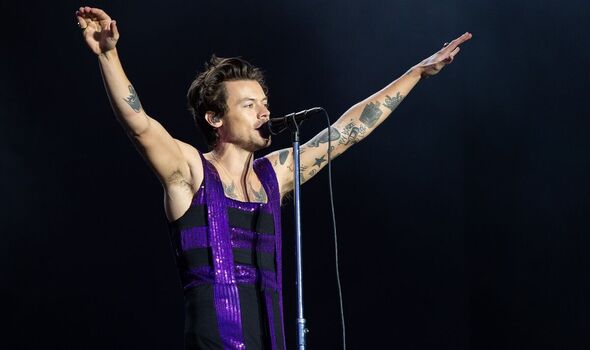 In the second year since the Brits scrapped its male and female categories, the shortlist for the top prize – artist of the year – is entirely made up of male musicians.  Only one out of five nominees for album of the year is a female group – the band Wet Leg.

Harry Styles, Stormzy, George Ezra, Fred Again and Central Cee are up for the most sought-after gong, raising the question of whether gender-neutral categories are to the detriment of female artists.

Last year, however, women dominated the awards ceremony, with Adele taking artist of the year, song of the year and album of the year.

Despite her hattrick of awards, the Tottenham-born singer grabbed the headlines with an impassioned defence of female artists.

“I understand why this has changed”, she said, “but I really love being a woman and a female artist. I’m really proud of us.”

Women also lead the charge in the international artist’s category.

Beyonce, Lizzo and Taylor Swift are also nominated, with the lineup completed by Kendrick Lamar and Burna Boy.

Sam Smith, who is due to perform at the ceremony at London’s O2 on February 11, said at the awards in 2014 that all artists should be able to be recognised “regardless of gender, race, age, ability, sexuality and class”.

Twitter users rallied against the shortlist for artist of the year.

Composer Emer Landers said: “Seeing the lack of female nominees in the #BRITs this year is just shocking in this day and age.

“Particularly in their apparently gender neutral “Artist of the Year” category, which now contains 5 male artists.”

Another user wrote: “Unless Adele makes another album, enjoy your erasure, female artists.”