Protests against police brutality have raged across the country since the death of Minneapolis, Minnesota resident, George Floyd. And Atlanta has not been immune. In the interest of public wellbeing, rap star and advocate, Killer Mike, addressed his city with an emotional speech, calling for accountability, action, and justice. Here’s what the public figure had to say. 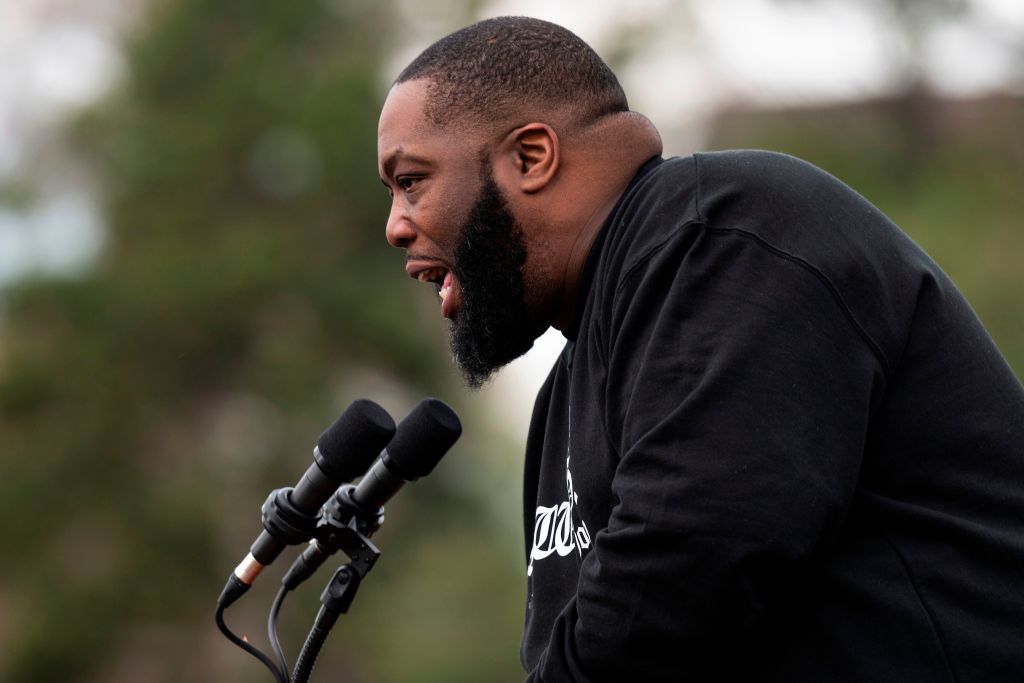 On May 25 in Minneapolis, Minnesota, 46-year-old Floyd became the latest in a long line of African Americans to die while in police custody. A bystander recorded the incident, which involved Floyd and four law enforcement professionals.

In the video, an officer kneeled on Floyd’s neck for several minutes until he became motionless. Paramedics arrived on the scene to take him to a hospital, where he was pronounced dead.

The video went viral, igniting explosive protests across thecountry. By May 29, CNN, which is headquartered in Atlanta, had beenvandalized, fires had been set in the city, and tensions rose between enraged demonstratorsand the police force.

Killer Mike, a pillar of the Atlanta community, addressed the cityin a press conference. He acknowledged his own anger over Floyd’s death but pledwith his fellow Atlantans to go home and “come up with real solutions.”

RELATED: Killer Mike Wants ‘Racism Burned to the Ground,’ Not the City of Atlanta, as Protesters Rage Over George Floyd’s Death

And here we are 80 years later. I watched a White officer assassinate a Black man and I know that tore your heart out. And I know it’s crippling, and I have nothing positive to say in this moment, because I don’t want to be here.

But I’m responsible to be here because it wasn’t just Dr. [Martin Luther] King and people dressed nicely who marched and protested to progress this city and so many other cities. It was people like my grandmother, people like my aunts and uncles, who were members of the SCLC and NAACP, and in particular, Reverend James Orange, Mrs. Alice Johnson, and Reverend [Albert] Love, who we just lost last year.

So, I am duty-bound to be here to simply say that it is your duty not to burn your own house down for anger with an enemy. It is your duty to fortify your own house so that you may be a house of refuge in times of organization. And now is the time to plot, plan, strategize, organize, and mobilize.”

RELATED: ‘I Said What I Said’: John Boyega Is Calling out People on Twitter and the Internet Is Here for It

Killer Mike described his feelings about the death of George Floydin vivid detail and appealed to citizens and lawmakers to improve the currentstate of affairs. He said this: