As part of the London CIimate Change Festival, this week sees a number of musicians and performers taking part in a specially filmed concert. Song For Nature will be broadcast on Sky Arts this Thursday evening, marking Earth Day. The show was recorded over three days at the London Coliseum and includes the likes of Queen guitarist Brian May and Wellerman singer Nathan Evans.

Brian May, who will perform alongside his regular collaborator Kerry Ellis, posted about the event on his Instagram page.

The 73-year-old wrote: “Something nice is coming on Sky Arts.

“A live show at the beautiful Coliseum. @kerryellis79 and I will bring you two special songs !

“This production is full of class – beautifully staged – can’t wait to enjoy the whole thing. —- Bri.” 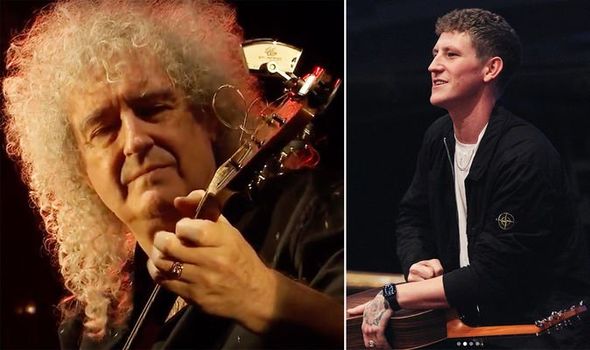 While it doesn’t look like he will be performing with Brian here, this does mark the second time they’ve indirectly done so at the same event.

When the Wellerman singer sang a parody version of the sea shanty on Ant and Dec’s Saturday Night Takeaway, a recording of Brian featured playing the catchy No 1 tune on his electric guitar.

The Queen legend had previously played the song on his Instagram account, with Nathan praising him for doing so. 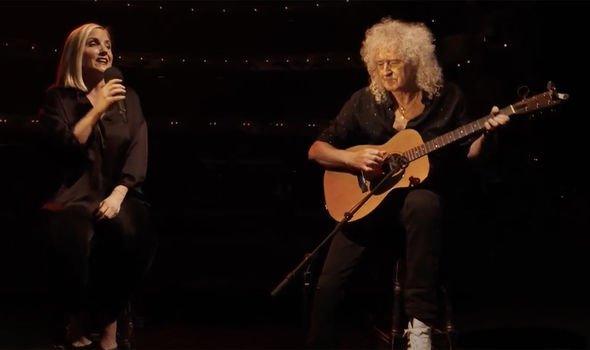 Brian May performs guitar version of The Wellerman sea shanty

Surely now their Earth Day concert appearances is just one step closer to that collaboration fans desperately want to see?

Express.co.uk caught up with both Brian and Nathan separately in the last few weeks to ask about a possible team-up.

Last month, the Queen guitarist told us: “I think it could happen. We haven’t actually spoken, but we’ve both expressed an interest in doing something if the opportunity comes up.

“To be honest I’m always wary of pushing myself… it’s nice when things happen naturally, But I really like what he’s done to the world of current music. A new fresh slant – but grounded in solid history.”

After sharing these comments with Nathan a few days later, the Scottish singer replied with great enthusiasm.

The 26-year-old said: “Ah nice! That’s amazing. Ah, that’s fantastic, I’ll need to get in touch with him and see if we can work something out.

“Maybe get something done together. After that comment, I’m sure we can work something out!

“That would be incredible to be able to work with such a legend.”

Alongside both Brian and Nathan’s separate performances at Song For Nature, a number of other big names will feature in the special concert this week.

Song For Nature will broadcast on Sky Arts this Earth Day on Thursday April 22 at 9pm.