Known for her “professional poker face,” Jisoo is the oldest member of the K-pop group, BLACKPINK. Some BLINKs think she’s book smart, noting her role performing with Jennie, Rosé, and Lisa.

However, after knowing her for over six years, BLACKPINK’s producer shared his insight into Jisoo’s “street smart” personality.

BLACKPINK’s in your area. This K-pop group features the four members Jennie, Rosé, Jisoo, and Lisa. Together, these artists released chart-topping songs like “How You Like That,” “Kill This Love,” and “Ice Cream.”

They collaborated with Dua Lipa, Lady Gaga, and others. BLACKPINK even sold-out concerts across the globe. Additionally, Jisoo became a brand ambassador for Dior and starred in a recently released K-drama.

As the “Unnie” of this K-pop group, Jisoo often looks after the other members, as she stated during the documentary, BLACKPINK: Light Up the Sky. She created tanghulu with Jennie and gave Lisa her scarf. She’s also one of the last BLACKPINK members to cry whenever something emotional happens. 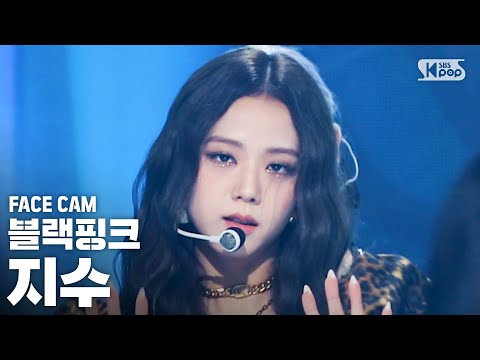 As the unofficial “fifth member” of BLACKPINK, Teddy Park functions as the music producer for this K-pop group. He collaborated with Jennie, Rosé, Jisoo, and Lisa for several years, still creating music with the idols today.

This producer shared BLACKPINK’s unique backgrounds, and personalities made them special even before these idols debuted. That’s especially true of Jisoo, as Park stated during Netflix’s BLACKPINK: Light Up the Sky.

“Jisoo,” Park began. “Straight up Korean girl that grew up in Korea. She’s the ‘Unnie’ of the group. She’s the oldest. She does have that professional poker face. I’ve known Jisoo for, let’s say, a good six years. I’ve seen her cry once.”

“She’s super smart,” he continued. “A lot of people think she’s book smart, but I would say she’s street smart.”

Later in the documentary, Jennie reflected on her experience performing in Thailand, saying that for some reason, the country always makes her emotional. Rosé said that BLACKPINK’s crying is like a train — if she cries, then Jennie cries. If Jennie cries then, Lisa cries. The members turned to Jisoo, who said that she didn’t cry. Or she cries last, at least.

Jisoo’s “professional poker face” only helped when it came to her starring role in the K-drama, Snowdrop. Jisoo appeared as Eun Young Ro in this production, acting alongside Jung Hae In as Im Soo Ho. Weeks after its release, Snowdrop premiered on Disney’s streaming platform, Disney+.

“I felt that Jisoo is [the character of] Young Cho herself,” Jung said, according to a translation from Soompi. “Her character portrayal is amazing, and it’s surprising to see her understanding and absorbing the director’s directions on set.”