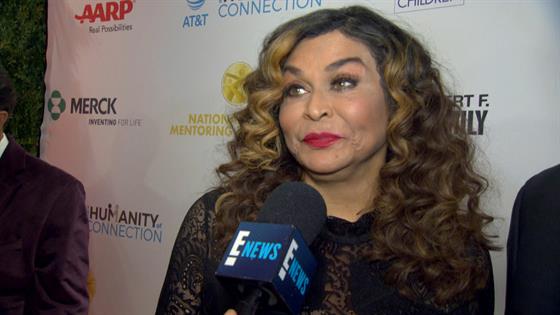 Beyoncégot it from her mama.

Last week, the superstar joined forces with fellow Houston native Megan Thee Stallion on a newly dropped remix of Stallion’s hit track, “Savage.” “I’m literally crying,” she wrote on Instagram. “Being from HOUSTON MF TEXAS this shit means EVERYTHING to me !!!! SAVAGE REMIX FT THE QUEEN @BEYONCE OUT NOW!”

Stallion confirmed, “All the artist proceeds of the song goes to @breadoflifehou to support our city during this pandemic!” Bread of Life in Houston aims to “end homelessness” and “sustain, equip and transform those in poverty and the low to moderate income communities with compassion and dignity.”

In adding verses to the new version, Beyoncé also paid tribute to her famous mom, Tina Knowles, with the lyrics, “And my mama was a savage…Got this s–t from Tina.”

When asked about the tribute on CBS News, Knowles, who has also launched the #IDIDMYPART campaign in Houston to encourage African American communities to get tested for coronavirus, shared that she was a bit confused about it at first. “It’s funny because people started texting me and calling me a savage and I was like, ‘Why are they calling me a savage?’ Because I wasn’t really sure what it meant.”

Eventually she realized it was something good and explained that it was inspired by the times when she would pick her famous daughter up from school with the top of her car down, which the other kids thought was cool.

Decades later, Beyoncé is keeping up the same community service she did with her family as a kid. Knowles noted that they have been helping to feed homeless people since the songstress was 10 years old.

“I wrote her a text to tell her how proud I was of her for doing the work and, you know, that she was doing God’s work,” Knowles said during the interview. “She said to me, ‘Yeah, ’cause I want to be like you’…I’m about to cry because it was the best compliment.”