‘Can you believe this is 10am?’ I live near the North Pole and this is how you survive in -30°C and 24/7 darkness for FOUR months

A woman living on an island near the North Pole has revealed what daily life is like when the polar night – 24 hours of darkness – hits in winter.

Videographer Cecilia Blomdahl, who’s originally from Sweden, lives in Longyearbyen, on the Norwegian island of Svalbard which lies inside the Polar Circle with her boyfriend Christoffer Sporcken and their Finnish Lapphund Grim.

The couple reside in a wooden chalet and regularly post about their life living in extreme seasons on Cecilia’s Instagram account, @sejsejlija, including regularly spying the Northern Lights, and walking their pet in the pitch black at 10am. 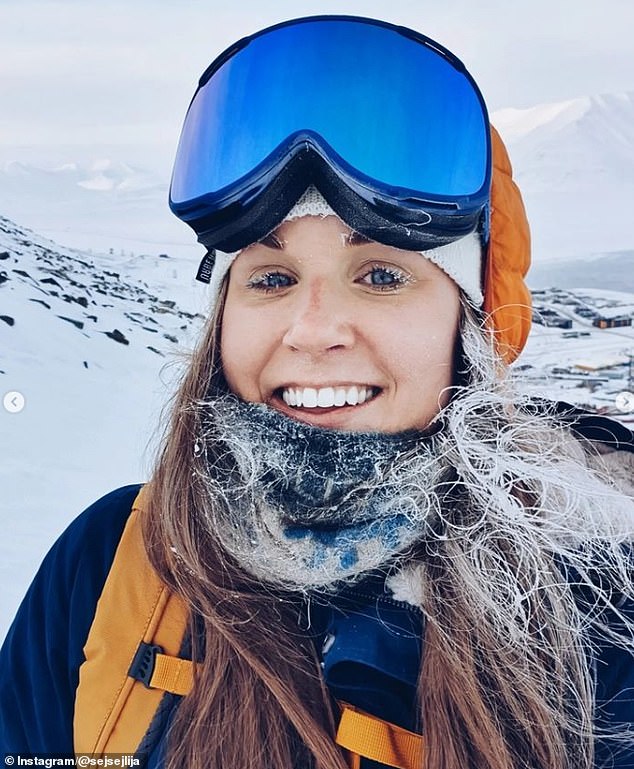 YouTuber Cecilia, who grew up in Gothenburg, describes life on the Arctic Island as ‘magical’ and doesn’t mind working and living under a cloak of darkness, saying it’s the epitome of ‘hygge’, the Danish concept of cosiness.

The crime rate on Svalbard, which lies 807 miles from the North Pole, is ‘extremely low’, she says and there’s a sense of community on the island that means she feels safe living there.

She says routine becomes extremely important during the polar night, when temperatures can plummet to -30 degrees – because ‘exhaustion’ can set in if you don’t continue with exercise including evening hikes to take in the Northern Lights. 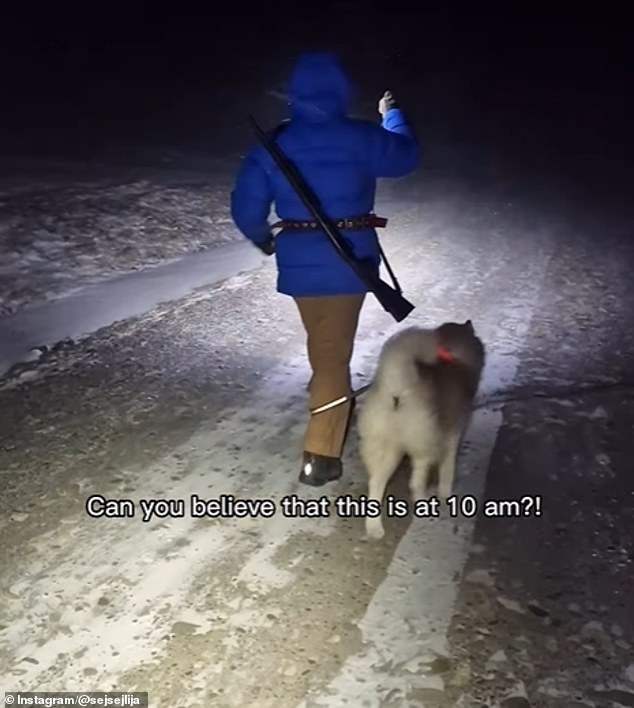 The YouTuber has millions of followers on social media, and regularly reports on her Arctic life, shared with her boyfriend Christoffer and dog Grim 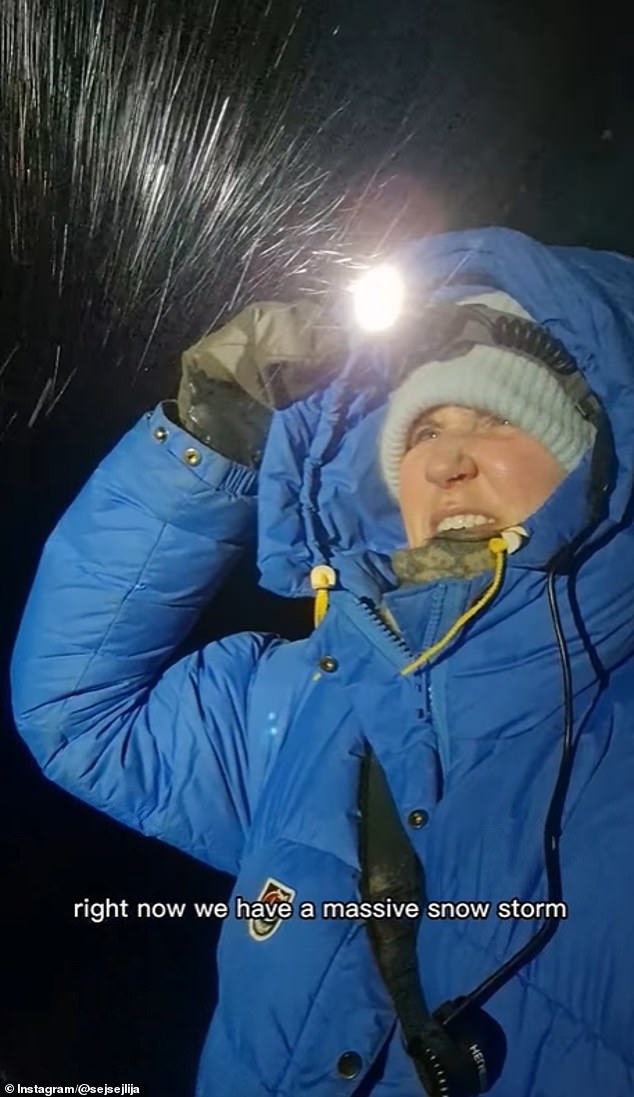 In a recent post, she told followers she takes Grim for a 40-minute daily walk whatever the weather and that she’d feel ‘a lot more tired’ if she stayed in all day. Residents living in the town have access to just one grocery store.

The polar night happens for four months of the year on Svalbard, as the earth rotates on a tilted axis, pushing it away from the direction of the sun – and plunging it into darkness.

The Arctic metropolis of Longyearbyen, located at latitude 78˚ North, has around only 2,400 residents and is even home to polar bears, polar dogs and reindeer.

The wooden cabin that Cecilia shares with her boyfriend and pet doesn’t feel the cold though, with a wood burning stove keeping the freeze from their door. 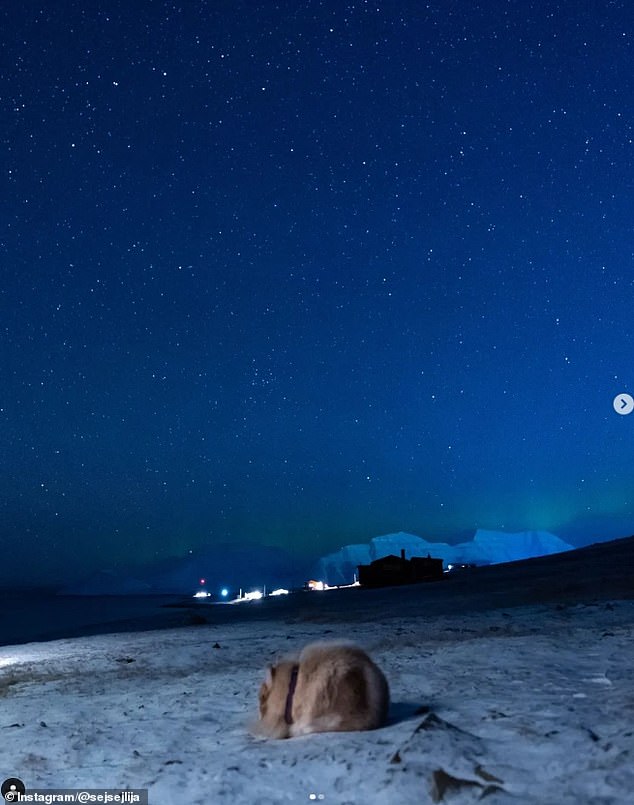 The Swede regularly shares some of the ‘magical’ images she captures thanks to the crystal clear skies, with amazing views of the galaxy 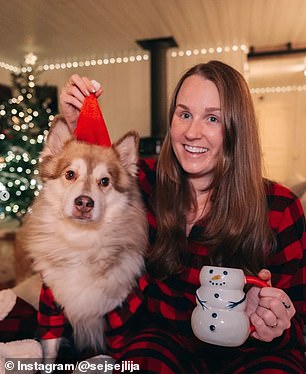 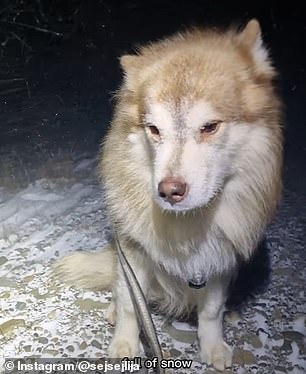 The YouTube star shares the spotlight with her beautiful dog, who regularly features in her videos and photos 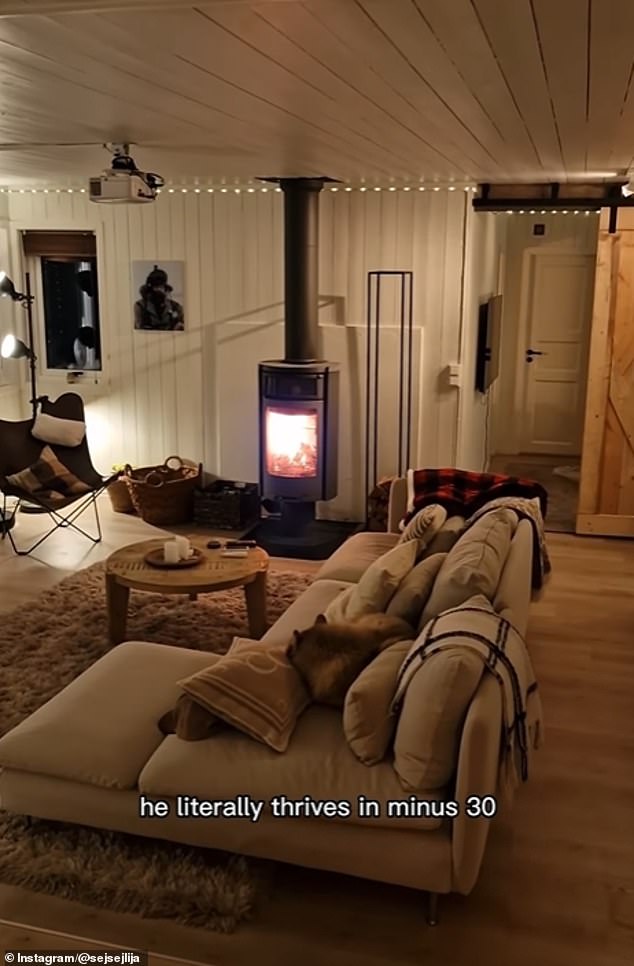 Hygge! Inside the cabin; there’s cosy blankets, rugs and a wood burning stove to keep the warmth inside