A woman who claims to be in love with an invisible alien says her intergalactic lover is better in bed than ‘Earthmen’.

Actor Emanuela Rose, formula known as Abbie Bela, who lives in East London, said on This Morning she first met the alien after posting on Instagram about how she would rather date someone from a different planet than go on another Tinder date.

She claims she was later abducted from her Canary Wharf flat by a UFO that enveloped her in a beam of yellow light.

Once onboard, she met the alien crew before being introduced to her invisible lover, ‘Emmanuel’. Emanuela, who changed her name to reflect the alien’s, says they have been dating for a year and now want to wed. 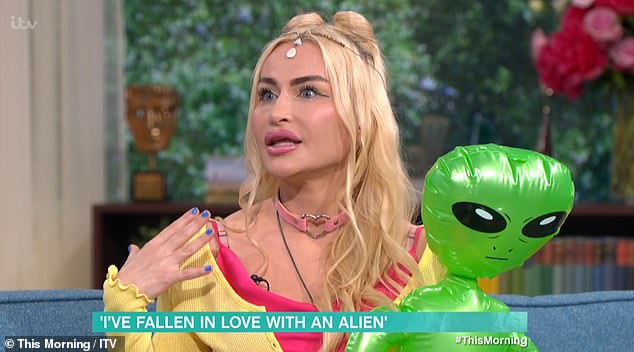 Actor Emanuela Rose, who appeared on This Morning today (pictured) said she is in a relationship with an alien 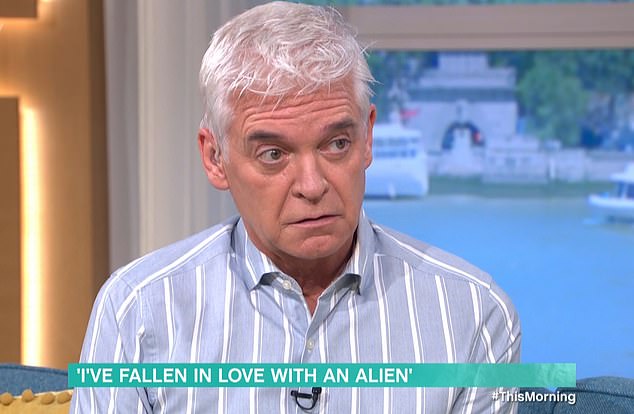 Emanuela, who said aliens do not have a human form, and are invisible to the eye, appeared on the show with blow-up green alien, said the inflatable is ‘just a placeholder’, and ‘a symbolic representation’ of her partner.

When This Morning co-host Holly Willoughby asked whether the pair share a physical relationship, Emanuela said: ‘Yes, I have to say once you go alien, you’ll forget Earthmen.

‘[If] you’re tired of men, I recommend the aliens. How can I put this? The aliens are loving light and pure like energy. So we can’t even go all the way that he can go because it would kill me.’

She added: ‘Compared to Earthmen, it’s like, times a million.’ 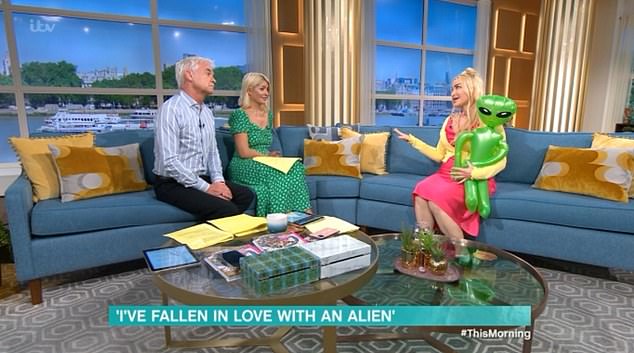 Emanuela Rose (pictured, left) told This Morning’s hosts that she first met her alien boyfriend after she was abducted from her flat by a UFO 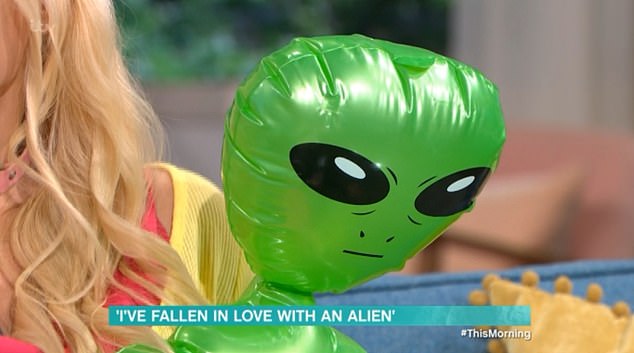 Although she brought a blow-up green extraterrestrial on the programme with her, Emanuela said the inflatable is just a symbolic representation of her partner, who is invisible 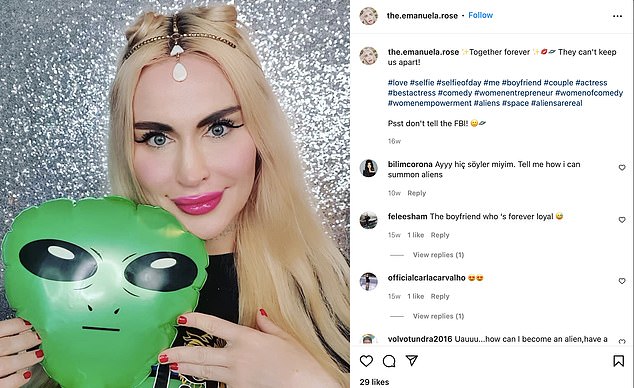 As well as discussing their love life, Emanuela revealed she wanted more commitment from her partner, and said he too is ready to take the relationship further.

‘He did try and propose but I’m pretty traditional,’ she said. ‘So I want a ring. And he doesn’t really know what that is.

‘So I said I wanted like a big rock and he got me some pebbles from the beach. Like just doesn’t get it. So basically he has no earth money. So I’m just hoping maybe over time, we can save up the money.’

Numerous Twitter users accused the show of being exploitative, and questioned whether the guest was suffering from mental health issues

Many Twitter users were left baffled by the segment, with some suggesting the programme was exploiting the guest.

One wrote: ‘Great to see #ThisMorning going back to basics and getting mentally ill guests on the show for the general public to laugh at.’

Another wrote: ‘What am I watching in love with a inflatable alien this woman needs help not publicity. This show has definitely gone downhill over the last few months #ThisMorning.’

And a third said: ‘Why oh why do they have people like this on? She clearly needs help it’s horrible. #ThisMorning.’