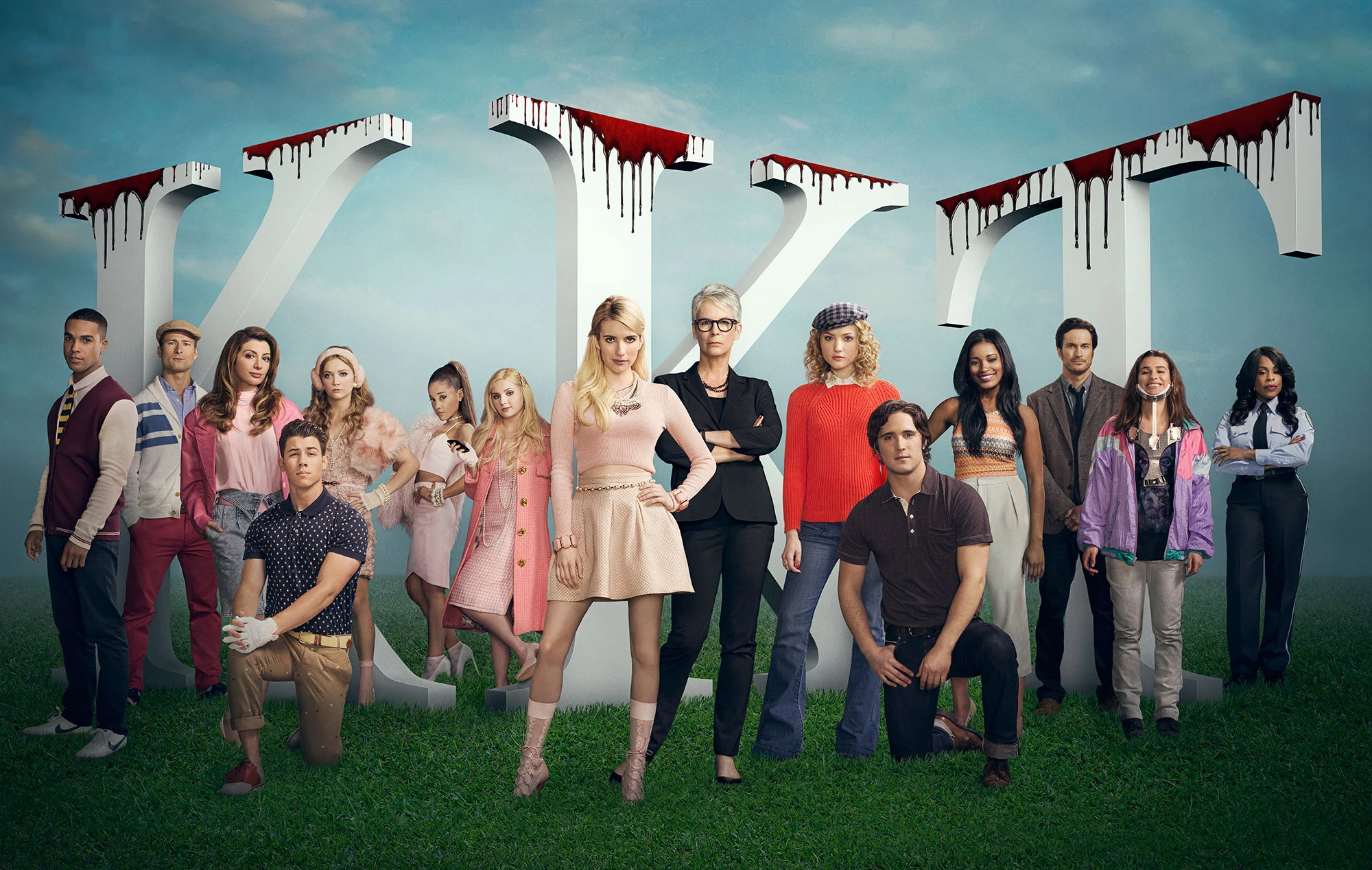 Plotting a comeback? Scream Queens fans were in for a surprise when a social media shake-up hinted at the show’s possible return.

‘Scream Queens’ Cast: Where Are The Stars Now?

Eagle-eyed followers noticed that earlier this month the official Instagram account for the series updated its profile picture. The username also no longer includes the show’s original network, Fox, in its handle after previously having it on all social media accounts.

“There’s no way scream queens isn’t coming back at this point. there’s too much evidence i’m calling it we’re getting an announcement,” one fan tweeted on Sunday, October 23.

Meanwhile, another social media user pointed out that the change may not have to do with a revival, writing, “I fear it doesn’t mean anything bc they gave the same layout to glee and took ‘fox’ out of their username too which we know isn’t getting another season.”

The hit slasher series, which premiered in 2015, starred an ensemble cast that included Emma Roberts, Jamie Lee Curtis, Billie Lourd, Lea Michele, Abigail Breslin, Glen Powell and Keke Palmer. During the show’s first season, Scream Queens focused on members of the Kappa Kappa Tau sorority that were getting killed off by the mysterious Red Devil killer.

In season 2, the satirical anthology introduced the Green Meanie that targeted a hospital and its staff — which included many of the cast members from the first season. Stars such as Kirstie Alley, Taylor Lautner, John Stamos and James Earl III rounded out the sophomore season.

After the show’s cancellation in 2017, creator Ryan Murphy opened up about potential plans to revive Scream Queens.

“So many people recently have been asking me about rebooting or continuing SCREAM QUEENS (RIP, taken too soon). Emma, Billie, Lea and I have mused on it, but question: should it be a six-episode limited? A catch-up movie? Who should I bring back? Would love your thoughts. So many questions…,” he wrote via Instagram in February 2019.

The executive producer, 56, later teased his interest in exploring more stories in the Scream Queens universe. “I would have to say that the answer to that lies in the studio who made it,” Murphy told Deadline in November 2019. “Obviously I work for Netflix now, but if I could do anything to bring it back. Emma said she would do it, Lea Michelle said she would do it, Jamie Lee Curtis, Abigail Breslin, Billie Lourd are all in. So it would depend if Fox wants to do it.”

TV Reboots and Revivals: A Full Guide to What’s Coming

He added: “I think we’d all do it. I think we’re waiting for them to call us. I know the show is very popular and had a real spike in popularity on Hulu.”

In May 2020, Murphy hinted that a third season may be in the works. After a fan commented on his Instagram post asking for more episodes of the cult classic, the Emmy winner replied, “Working on that!”

Curtis, 63, for her part, also recently praised the “fantastic” series for the impact it had on its audience. “I’ve never been part of something that had that much lift off before anybody had ever seen it,” the Halloween star shared in an interview with Entertainment Weekly in October. “It was so inventive, so dark, so well written, so well directed. It actually felt like it was going to break television.”