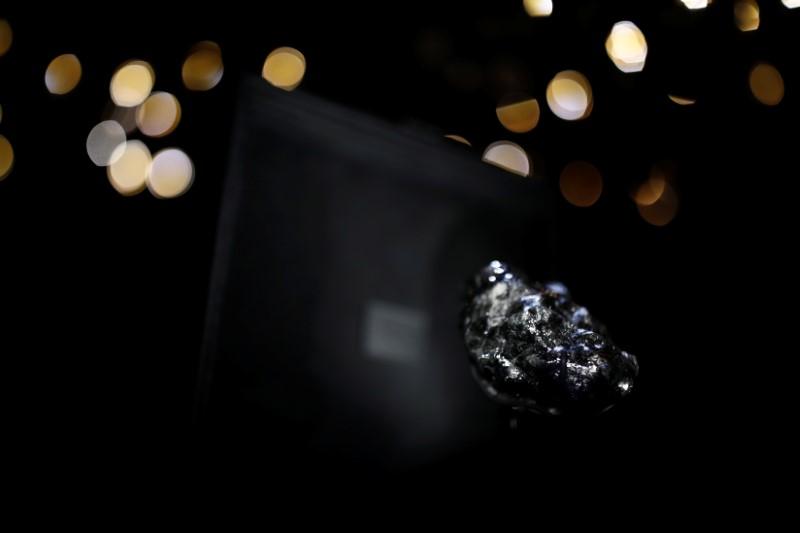 PARIS (Reuters) – Louis Vuitton made a splash as it showcased its latest purchase on Tuesday: the world’s second-biggest rough diamond.

The LVMH-owned brand, which said last week that it was the new owner of the 1,758-carat Sewelo, displayed the glinting, blackened stone at its Place Vendome store in Paris.

The company has not said how much it paid for the diamond. The size of a tennis ball and covered in carbon, it was discovered in Botswana last year and will be cut into gems.

Its name, Sewelo, means “rare find” in Setswana, and the stone will be turned into a collection of fine jewelry, according to Lucara, a Canada-based diamond mining company which is partnering with Vuitton and an Antwerp-based manufacturer to produce the gems, and which owns the mine where it was found.

Vuitton, better known for making pricey handbags, only entered fine jewelry in 2012 – where it competes with Bulgari, also owned by LVMH, and Richemont’s Cartier.

High-end jewelers are displaying their wares in Paris alongside Haute Couture Week, a showcase of one-of-a-kind outfits by top designers. Pieces in these jewelry collections often cost tens of thousands of dollars.

Jewellery has emerged as one of the fastest-growing segments of the luxury goods market in recent years, spurring LVMH’s $16.2 billion purchase of U.S. label Tiffany last year.