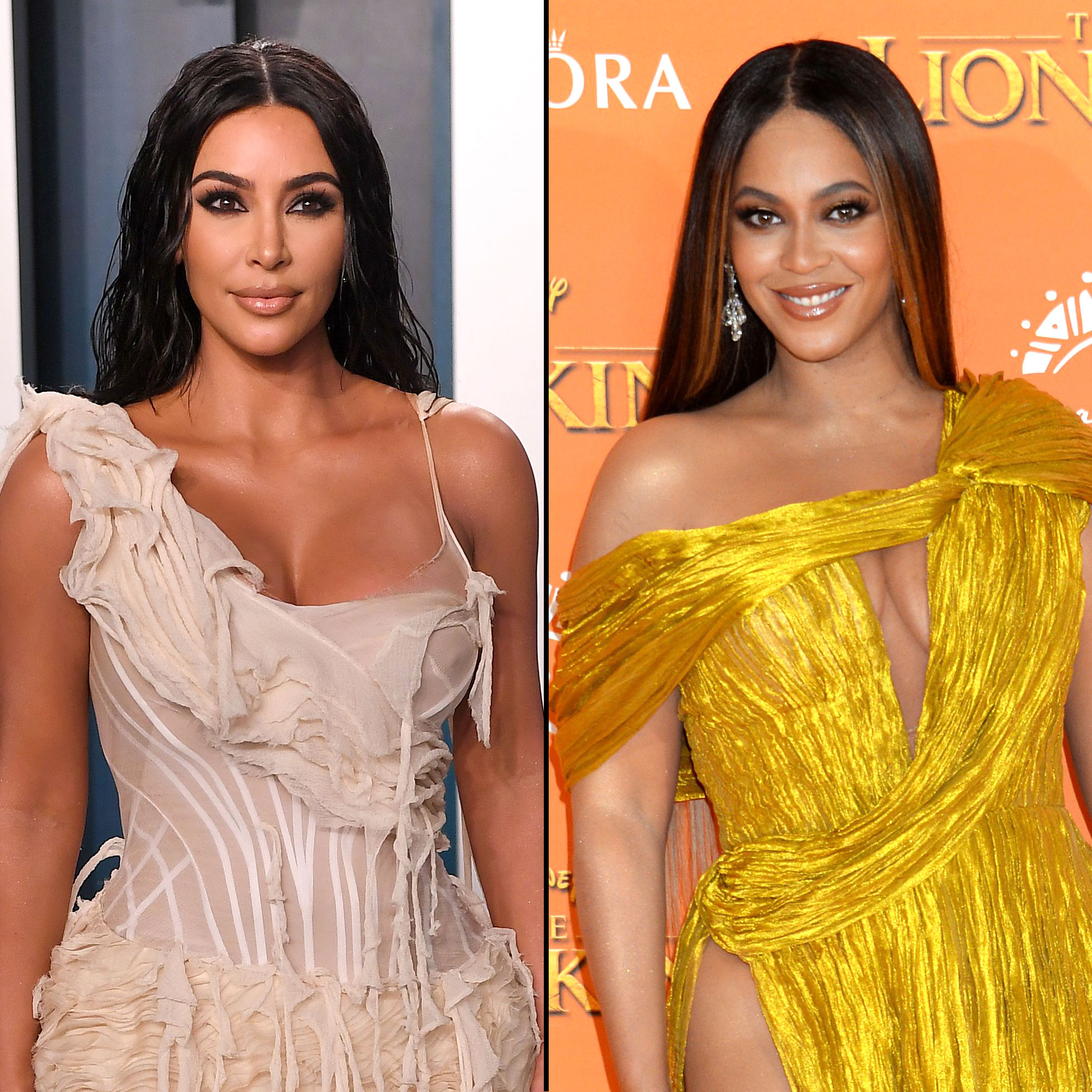 Uh oh! Social media is up in arms after Kim Kardashian shared a series of images in which critics say she copied one of Beyoncé’s signature looks.

Over the past week, the 41-year-old Skims founder has been sharing campaign images to the brand’s Instagram page to promote its new All-in-One shapewear collection. There’s no doubt that it’s getting a ton of attention — but seemingly, a lot of it is for the reality star’s hairstyle and fashion accessory.

In the pics, the mom of four sports a voluminous, crimped mane reminiscent of the hairstyle Queen Bey’s been rocking for years (see it here). Not just that, but she and the other Skims models also wear statement sunglasses, one of the “Single Ladies” hitmaker’s favorite accessories to pair with her famous curls.

A Round Up of the Best Kardashian-Jenner Bikini Pictures: From Kris’ Throwback to Kourtney’s Tiny String 2-Piece

Social media users been flocking to the comments section of the Skims posts to put in their two cents. “I definitely thought she was Beyoncé 🙄,” one person wrote, while another said, “Is this a Beyoncé collab? Because it’s giving so much…….🐝🐝🐝.”

Others have taken to Twitter to share their thoughts about the images. “Like why she do this?” one person asked the public. “She knew she was lookin like BEYONCÉ in that damn mirror.” Many critics said something along the lines of, “​​You wanna be Beyoncè SO bad.”

The matter has even made its way to TikTok, where a swarm of the video-sharing platform’s users have reposted the promo images and offered their takes on the situation. “It doesn’t take a rocket scientist to see the similarities,” one person said while zooming in on the images. A bewildered viewer commented, “I kid you not, I thought that was Beyoncé until you zoomed in omg.”

Another TikToker shared images from one of Beyoncé’s Adidas x Ivy Park campaign to make the point that the similarities are undeniable, right down to their garments. In the campaign images, Kardashian models a series of onesie styles from the justly named All-In-One collection, while Beyoncè donned a bodysuit.

Kim Kardashian and Kanye West’s Ups and Downs Through the Years: From Falling in Love to Paris Robbery and Beyond