The battle of the independents in Health Minister Greg Hunt’s electorate has descended into chaos, with a new “Voices Of” candidate endorsed in Flinders, setting up a contest over Climate 200 campaign funding.

Dr Sarah Russell, preselected by Voices of Mornington Peninsula on Sunday after its original candidate pulled out and a rival opted to run on her own, described the situation as “a clusterf—” but said she wanted to serve locals. 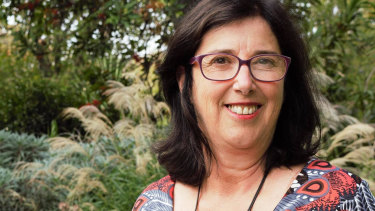 Dr Sarah Russell is running as the ‘Voices’ candidate in Flinders but is unsure if she will have Climate 200 fund backing.

“I want Voices of Mornington Peninsula to be its own thing,” the aged care researcher and climate activist said.

“I feel like we’re all becoming a bit of a brand. The things that matter in the Peninsula are not like in Goldstein. There are pockets of social disadvantage here that often get forgotten.” 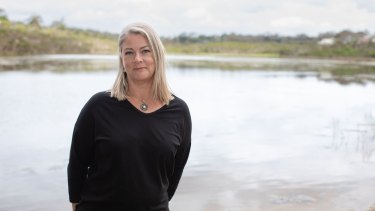 Claire Boardman was preselected as the Voices of Mornington Peninsula candidate for Flinders but withdrew in January.

Ms Boardman had resigned as the Victorian government’s deputy public health commander in December to run for the seat before citing the need to contribute to the community in her health role during the Omicron wave of the pandemic as her reason for pulling out of the race.

The fund’s executive director Byron Fay said Ms O’Connor had been invited to lodge an application for Climate 200 campaign funding but that Dr Russell would also be able to apply.

“We would treat any application on its merits,” Mr Fay said.

Ms O’Connor said she intended to apply to Climate 200, which has so far contributed $7.1 million to independent federal election candidates – most of them from the Voices movement – raised from 7600 donors.

Dr Russell said she had decided to stand as the new Voices of Mornington Peninsula candidate after attempting to convince Ms O’Connor not to undermine Ms Boardman.

She said if she was contacted by Climate 200 “I would certainly be interested in a discussion, but I’m not relying on their funding”.

Independents’ election campaign funding has come under scrutiny after it emerged that Warringah Independent MP Zali Steggall, who inspired the Voices movement, failed to disclose a six-figure political donation from the family trust of a multimillionaire coal investor.

Dr Russell said residents had “lost their voice because Greg Hunt hasn’t acted for us – he’s acted for his party” and she would be seeking a preference deal with Ms O’Connor, who told the ABC in December that she would not be swapping preferences.

Mr Hunt is retiring at the election, potentially putting the seat in play after his margin was reduced in the traditionally safe Liberal seat from 7 per cent to 5.6 per cent at the 2019 election. The Liberal candidate is former National Broadband Network director and trade adviser Zoe McKenzie. 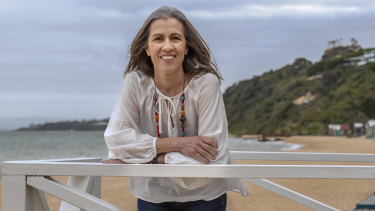 Despi O’Connor is seeking Climate 200 fund support for her independent campaign for Flinders after losing preselection as Voices of Mornington Peninsula’s candidate.

Ms O’Connor said she was not concerned about splitting the vote, saying “I don’t know that people will vote like that”.

“A lot of people are disengaged and disenfranchised from party politics,” she said.

On her decision to split off from the Voices movement, Ms O’Connor said after a year serving as mayor of Mornington Peninsula “I had the opportunity to do more. It was a thing I wanted to do and I had a lot of people behind me saying ‘give it a go’” .

Dr Russell, a vocal critic of the federal government’s handling of COVID-19 in aged care, said she was also passionate about climate change policy.

“Australia needs to reduce its emissions by 75 per cent by 2030 to contribute its fair share to limiting global temperature rise to 1.5 degrees Celsius,” she said.

She lives in Mount Martha on a property that was owned by her grandparents since 1935.