This Morning viewers were left baffled by a woman who claims she can telepathically communicate with mermaids.

Karen Kay, who appeared on the show from a beach in Cornwall today with a fellow ‘merheart’, explained she quit London to dedicate her life to mermaids after hearing a ‘call from the ocean’.

Speaking on the show, Karen explained she was unable to communicate to mermaids on cue because the see was ‘too loud’ but ensured viewers the mythical creatures were ‘definitely there’. 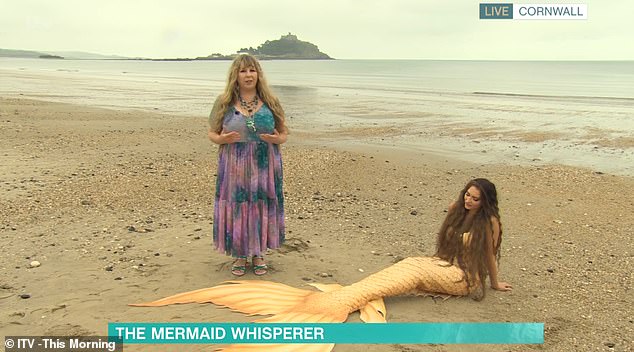 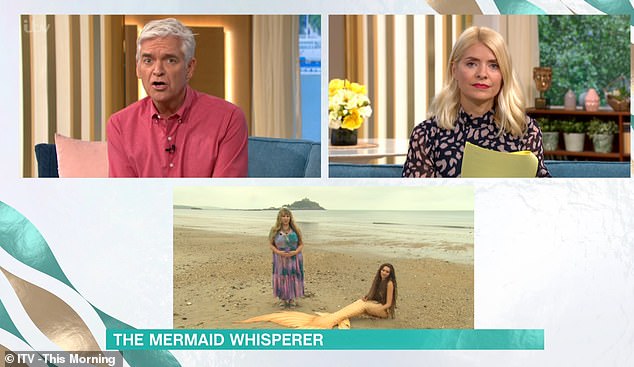 Karen Kay, appeared on This Morning with hosts Philip Schofield and Holly Willoughby  and claimed she is able to telepathically communicate with mermaids

Karen said: ‘At the moment they’re telling me telepathically. They’re happy because there has been less activity on the ocean, which has been good for them

‘Things are coming back to life again and mermaids are guardians of the ocean and they’re super happy about this.’

When asked by hosts Holly Willoughby and Philip Schofield what the mermaids were saying today, she was unfortunately unable to hear them, admitting: ‘It’s a bit noisy.

‘I can’t speak to them right this minute, we have the sea in the background – but they’re definitely there.’ 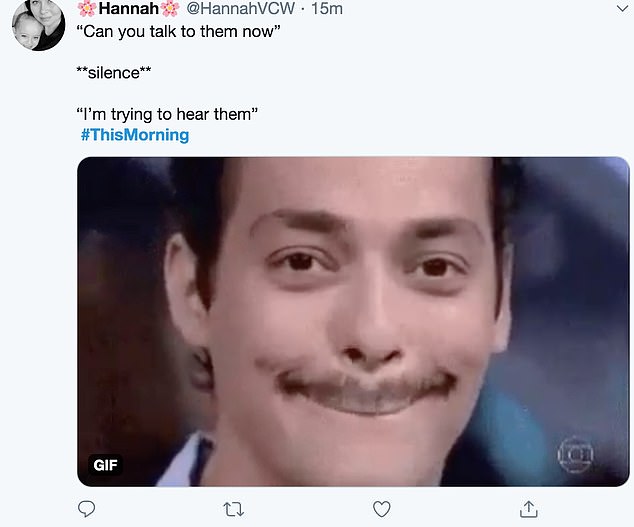 Viewers weren’t sold on her talents, and quickly took to Twitter to question her abilities, with one asking how Karen would normally hear the mermaids living in the ocean

However many viewers weren’t convinced of her talents, and several were confused about the woman dressed as mermaid beside her.

Karen later revealed that the woman was a fellow ‘merheart’ called Moontail, who can also communicate mermaids and is available for to hire for children’s events.

One viewer wrote: ‘My best mate played a lizard in the TV industry but just because she dressed up as one doesn’t mean she’s an actual lizard in real life – these ‘mermaid’ gals are tapped!’ 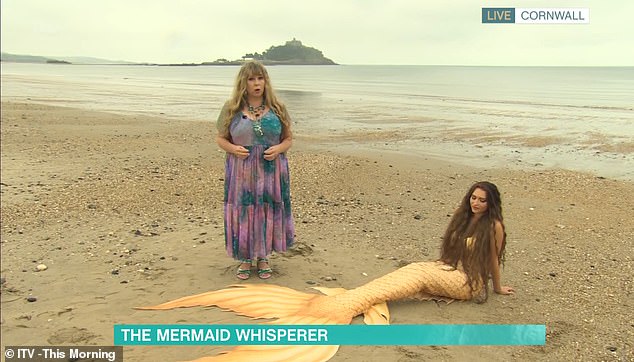 Karen later revealed that the woman was a fellow ‘merheart’ called Moontail, who can also communicate mermaids and is available for to hire for children’s events

‘She cant speak to them as the sea is noisy in the background?? Ok.. surely she needs to be by the sea to hear the mermaids’, said another.

Another agreed: ‘She’s trying to hear them. But she can’t talk to the mermaids right now.’ 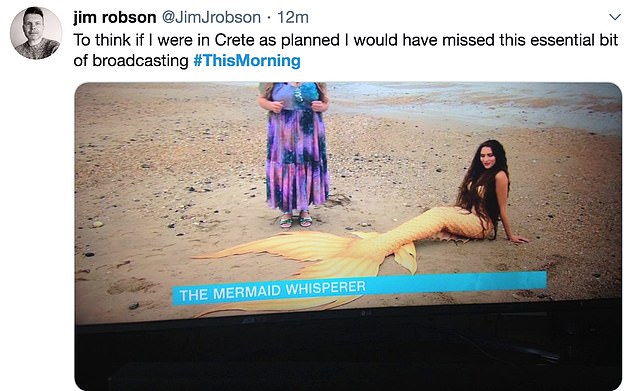 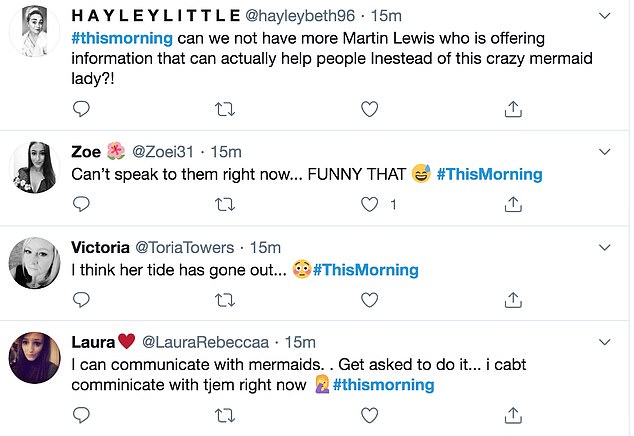 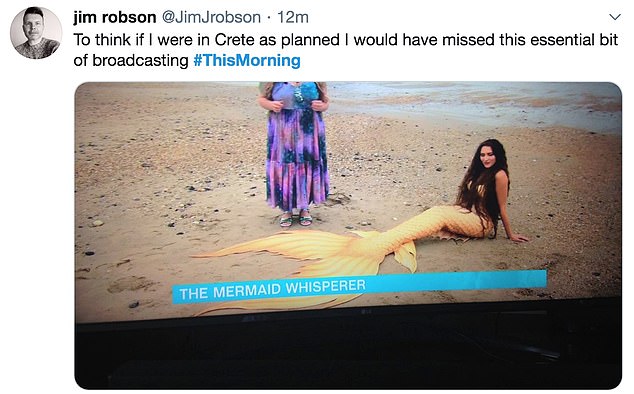 Many viewers weren’t convinced of her talents, and several were confused about the woman dressed as mermaid beside her

Karen moved to Cornwall from London after ditching her party and told that as ‘guardians of the ocean’ – mermaids are having a great time during lockdown.

‘The mermaids are very happy during lockdown’, said Karen , ‘There’s less activity on the ocean, so they have the domain over their domain. They want everyone to know the ocean is their home.

‘Even though we can’t see them, they are here and we need to protect it because water is the source of all life.’