STUCK at home during the lockdowns most of us enjoyed a tipple or two.

But it seems more likely we were having three or four — and experts are warning that millions are boozing to dangerous levels. 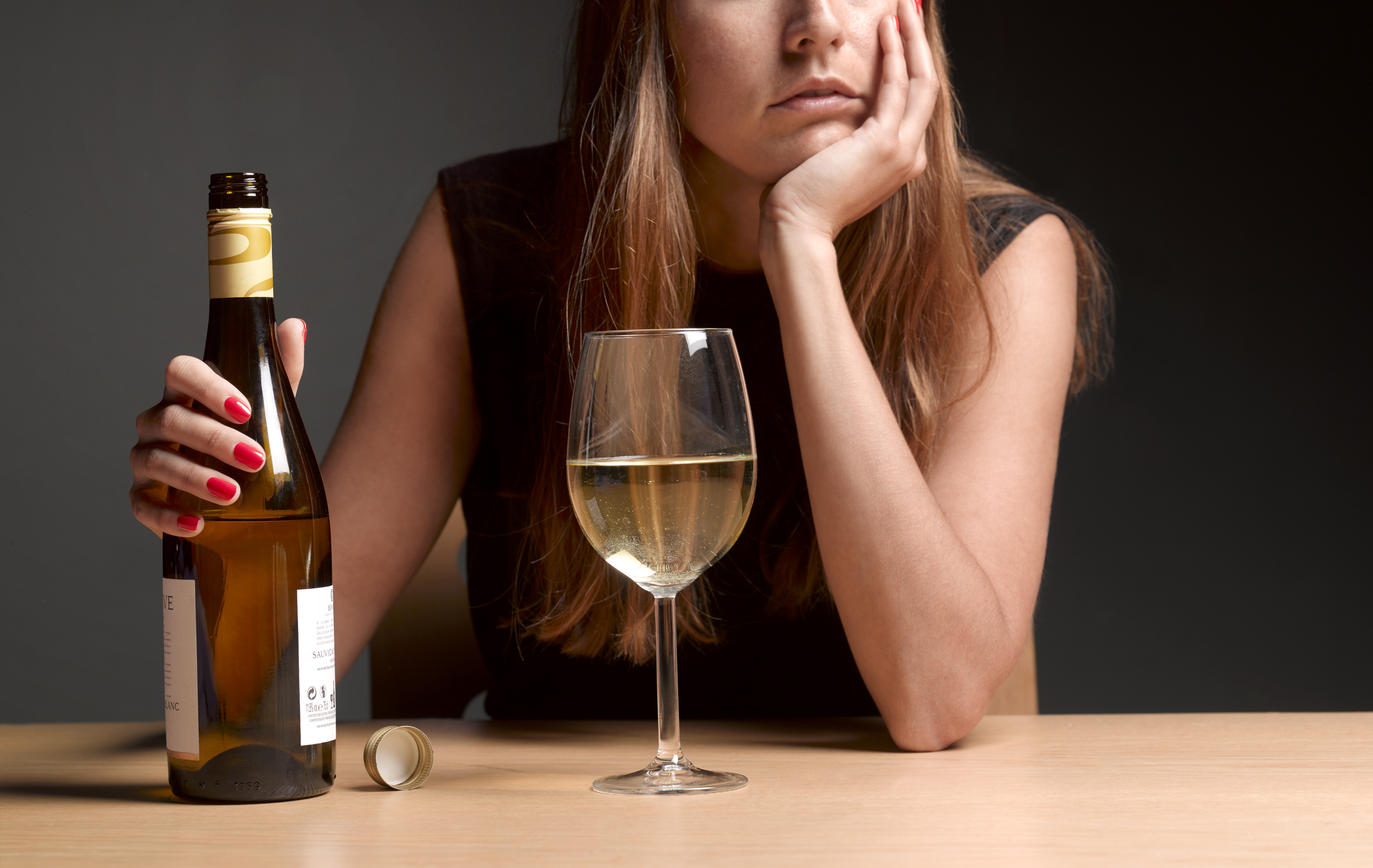 The NHS’s recommended limit for men and women is 14 units of alcohol per week.

But about 18 per cent of adults in England, 9.7million people, were drinking enough to put them at increasing or higher risk in the three months to the end of October 2021, says the Office for Health Improvement and Disparities.

That compares to 12.4 per cent of the population, or about six million people, in February 2020.

The biggest increase has been among men, with a quarter exceeding safe limits, compared to 17.8 per cent two years ago.

One in ten women are now drinking too much, too, up from 7.3 per cent.

Dr Julia Sinclair, chairwoman of the addictions faculty at the Royal College of Psychiatrists, said people were using booze to cope with anxiety and uncertainty, or have picked up a home-drinking habit when they previously only drank on nights out.

Most read in Health News

She warned that drinkers are doing themselves “silent harm” by regularly exceeding the recommended limits.

Sun doctor Zoe Williams says: “The overconsumption of alcohol is dangerous in so many ways.

“And unfortunately once an unhealthy relationship has developed, it can be very difficult to turn the tide back.

“People are aware that excessive alcohol consumption can damage the liver.

“But it causes damage to every organ in the body.

“Dependency on alcohol can also have catastrophic effects on relationships and on your mental health, work aspirations, social life and finances.

The figures around increased consumption of alcohol since the pandemic are are very concerning.

“It’s important that help is available for people at the very first signs they identify there may be a problem.

“Because if left untreated, the costs can be huge to the individual, as well as to those around them and to society.”

What is a unit?

ONE unit equals 10ml or 8g of pure alcohol, which the average adult can process in an hour.

That means half a pint of beer or cider with an ABV (alcohol by volume content) of 3.6 per cent (relatively low), or one 25ml shot of a spirit such as rum or gin. 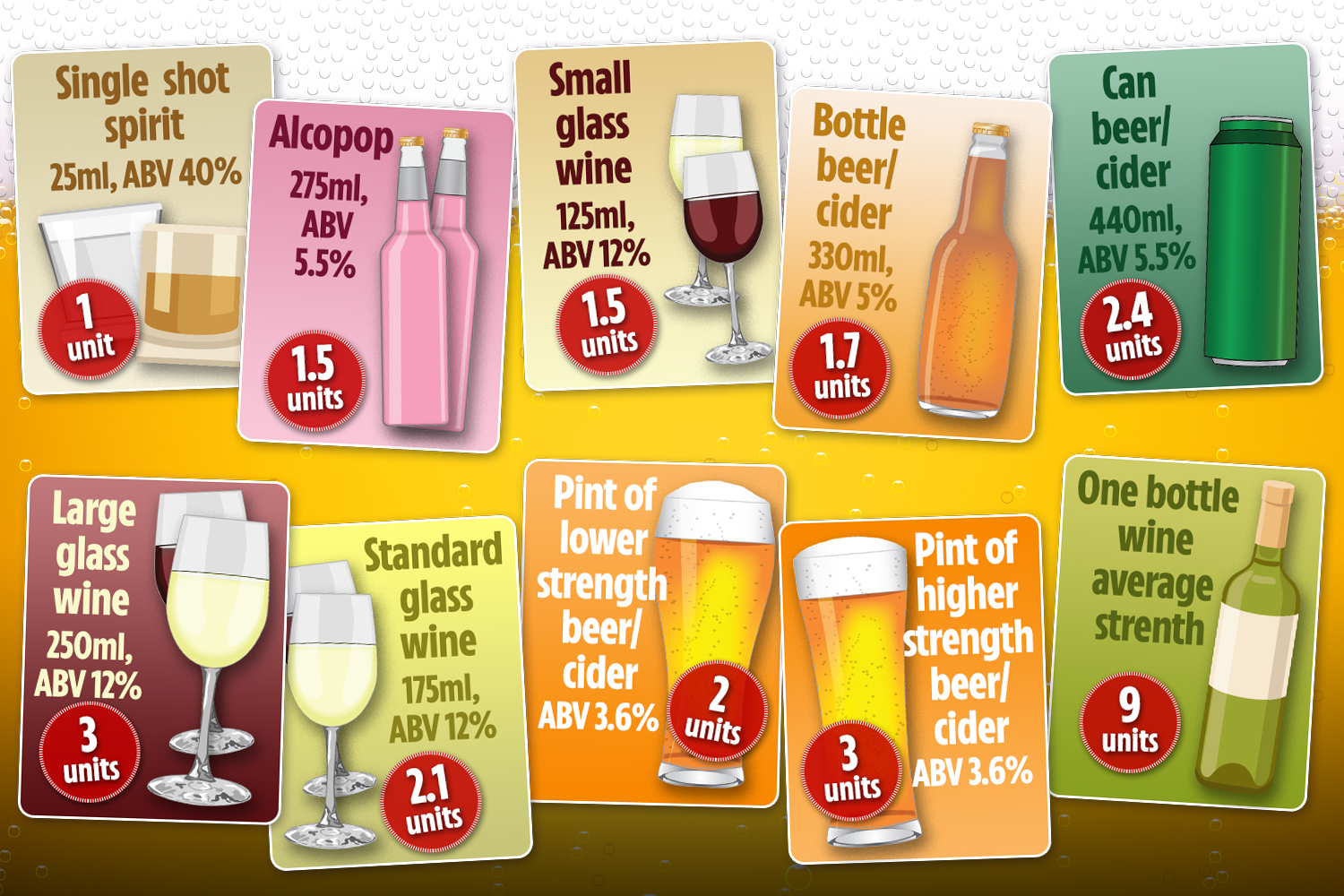 The number of units in each glass is often printed on labels of bottles of wine or beer.

Number of units that are in your drink

Not sure how many units are in your drink?

Work it out by multiplying the volume in millilitres by its % ABV and divide result by 1,000, like this:

If maths is not your strong point, go to alcoholchange.org.uk and drinkaware.co.uk for help with your unit intake.

THE current NHS guidelines, which were introduced in 2016, recommend that adults consume no more than 14 units of alcohol per week.

Previous advice was 21 units for women and 28 for men, but they were changed after it was found that men had a higher risk of dying from alcohol-related diseases – even when drinking the same as women.

YOU might think that one boozy night out a week and detoxing in between is safer.

But a study by the University of Sheffield showed that daily drinkers who consume no more than 14 units of alcohol a week have a less than one per cent chance of dying from an alcohol-related illness. 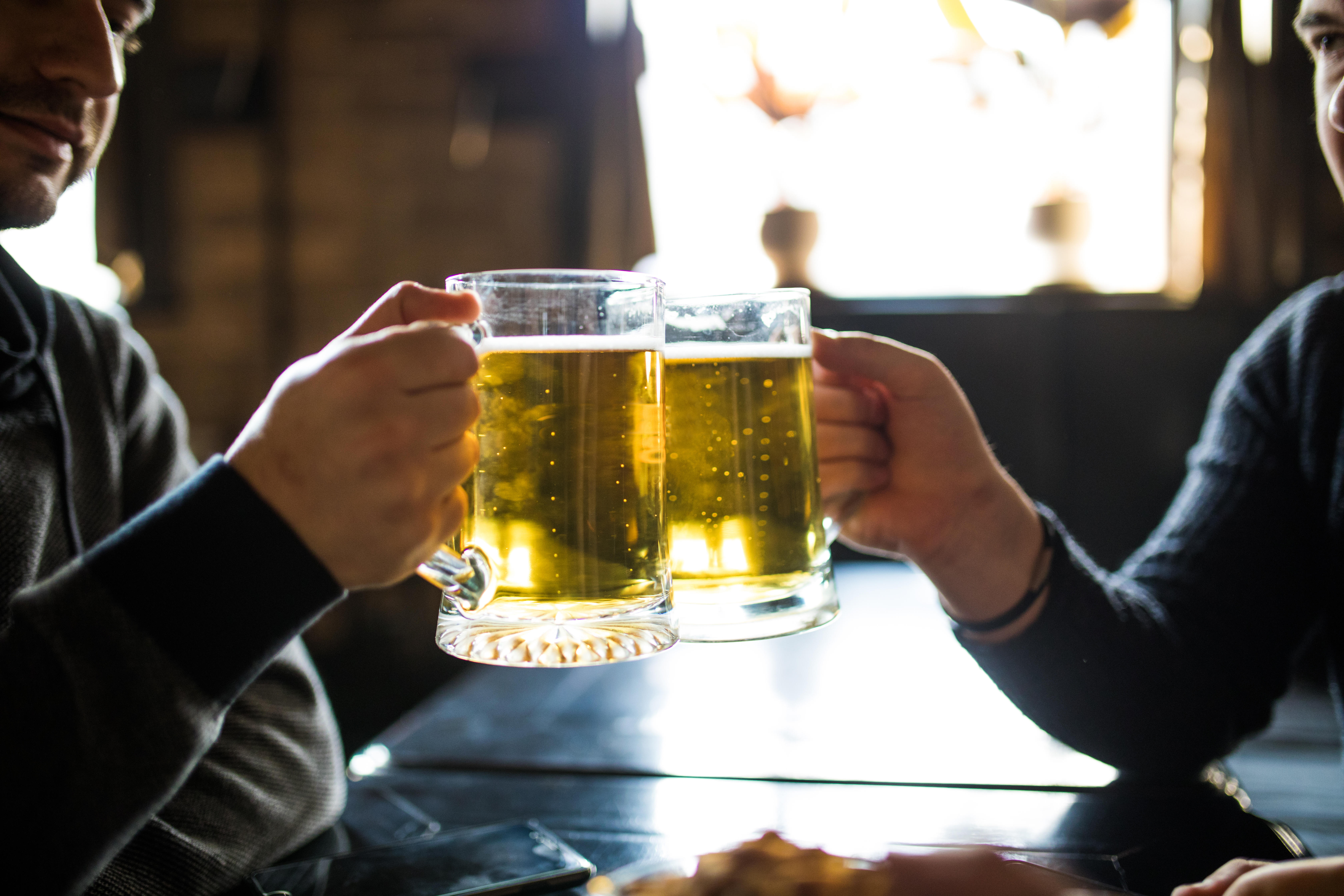 Men drinking 14 units on one night a week have a 4.5 per cent risk of dying from an alcohol-related health condition.

While for women who binge-drink the same amount once a week, the risk is 2 per cent.

Steps you can take to cut down

STAY MEASURED: Drinks at home will be larger than those in pubs. A large wine glass can easily hold more than 250ml and spirits are rarely singles from your own drinks cabinet.

GO SMALL: Swap pints for bottles of lager or a smaller wine glass.

SLOW DOWN: Savour each drink and sip rather than gulp. At the pub, don’t keep up with every round.

ENJOY: Only have the drinks you really want. Don’t neck shots you don’t like or force yourself to drink bubbly because it’s a special occasion.

HYDRATE: Start with a soft drink or water then alternate each drink with a glass of water. That way you’ll drink less, stay hydrated and minimise the hangover.

KEEP DRINK DIARY: Writing down what you are drinking will help you keep tabs of your units.

GET APPY: Free apps can help keep track of your intake, including the Try Dry app from Alcohol Change UK and Drink Less. Some, like Reward Days, even offer incentives in the form of vouchers.

COUNT THE CASH: Booze is not cheap. The average English household spends £17.60 on alcoholic drink every week, which adds up to £915 a year. That will make a dent in rising fuel bills.

THINK OF CALORIES: If you are trying to lose weight, frequent boozing won’t help. A glass of red wine contains 160 calories, the equivalent of half a cheeseburger, while a pint has 182 calories. Try the unit and calorie calculator at the website Drinkaware.co.uk.

BOOZE-FREE DAYS: Little and often might be safer than bingeing, but still try to have two or three alcohol-free days each week.

DISTRACTION: If you habitually pour a glass at 6pm, try taking up an activity to break the habit.

DON’T GO COLD TURKEY: If you drink daily, cut back each day. If you think you are alcohol dependent, stopping suddenly could be dangerous, so see your GP.