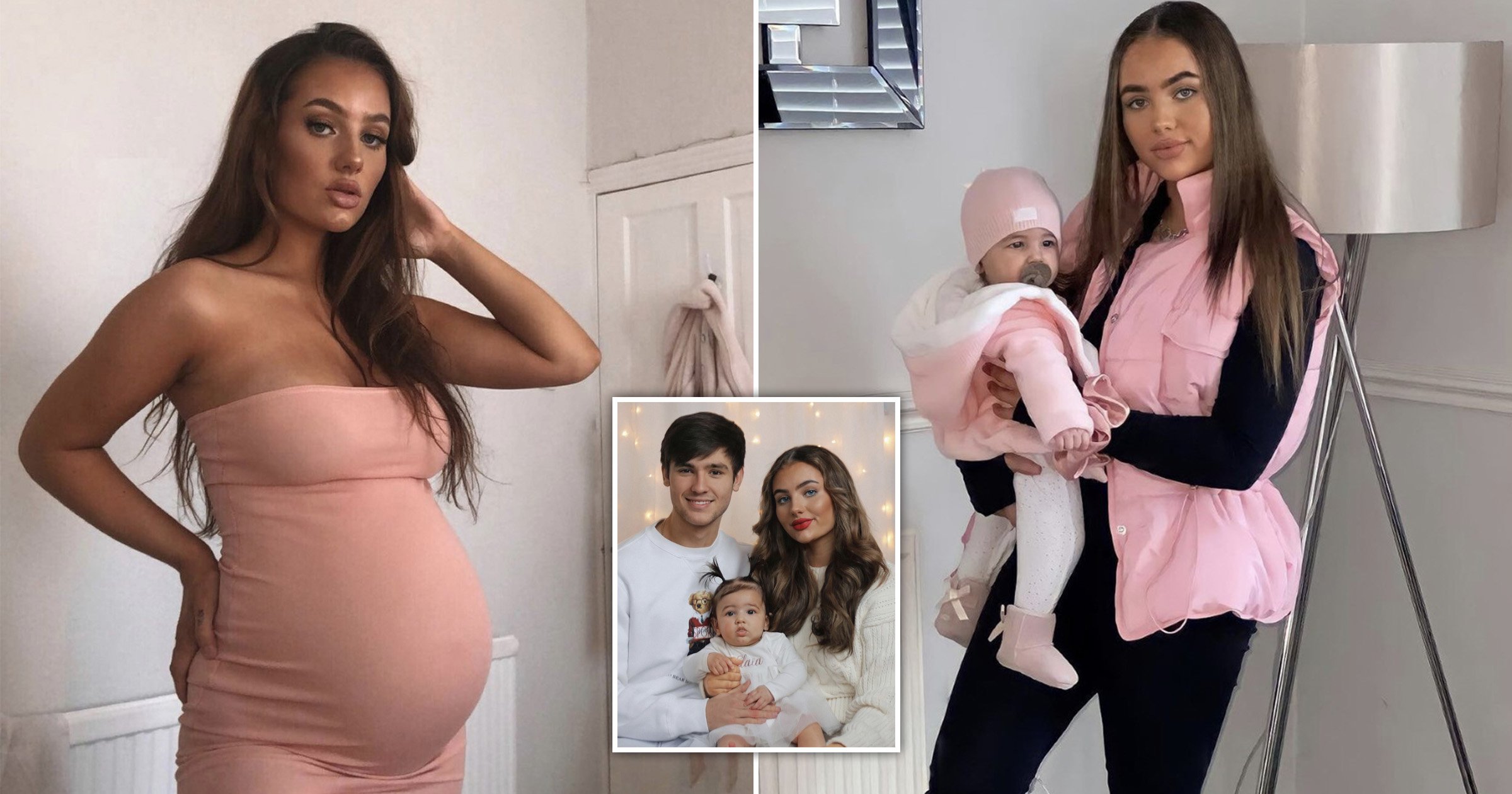 When Evangeline Adesile was 19, she realised she was pregnant, after having been with her boyfriend, James Coghlan, 19, for just six months.

That was despite he teenager having taken the combined contraceptive pill on a regular cycle of 21 days, followed by a week-long break.

Evangeline discovered the pill had failed and she was pregnant when she missed her bleed in one of her regular breaks.

‘It was a massive shock,’ she said. ‘A lot of people said I must not have taken the pill properly but I know I definitely did and never missed a day.

‘I was scared at first – my main concern was that I hadn’t been with James for that long but we came to the mutual decision we would make it work.’

The teenager’s pregnancy attracted some harsh comments from people online, who said she was too young to be a good mum and assumed that she hadn’t been having protected sex.

‘A lot of people commented online saying we were too young to be able to provide and I’m setting myself up for a bad life,’ she said.

‘A lot of boys also commented saying it was my choice to keep the baby, not James’, and that I had trapped him which really annoyed me – it’s a two way thing.

‘It feels good to have proved them wrong.’

The unexpected pregnancy put a stop to Evangeline’s plans to go to university – but the young mum says having her daughter, Elaïa, is the ‘best thing that ever happened’.

She and James have stayed together and are due to move into their first home in May.

And Evangeline has started her own business selling baby clothes, called Mama and Laï, with her daughter as the face of the brand.

Next, she’s planning to launch a homemade skincare range for mums and babies, using organic products.

Evangeline credits her baby as her inspiration.

Evangeline said: ‘I’ve always wanted my own business but never knew what I wanted to do, then Elaïa came along.

‘Everyone wants the best products for their babies and I want to make natural products that will help people.

‘I asked for baby models of different ages for the website and was overwhelmed with the response – I really didn’t expect the amount of people to apply that did.

‘I’ve had lots of support and shares on my Instagram and TikTok as well so I have high hopes for how the latest launch will go.’

Despite the surprise of the pregnancy and the backlash, Evangeline says she’s thrilled with her lifestyle, and wants to show everyone that she can be a good mum even though she’s young.

‘An account on TikTok called something like “end teen pregnancy” shared my videos saying teen mums are bad parents,’ said the mum.

‘They said I wasn’t thinking about the baby because I wouldn’t be able to give her everything I could if I was older.

‘But now we’ve bought and renovated our home which we’re moving into next month and my business is taking off so it’s not taken long to prove them wrong.

‘The nasty comments just made us work even harder for our little girl.’