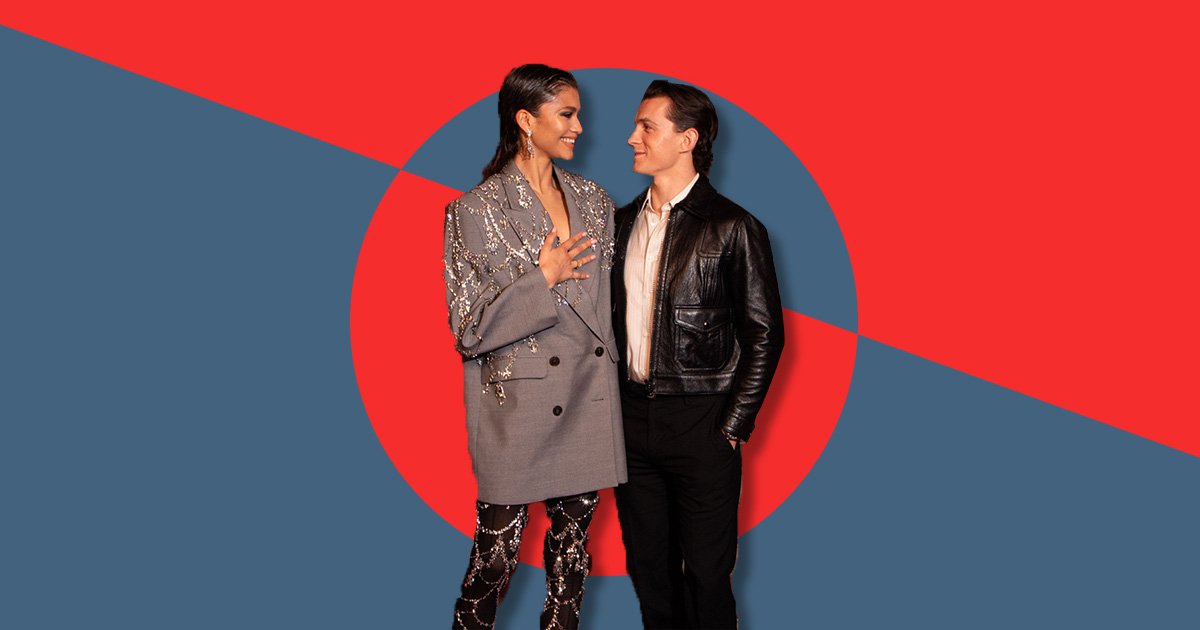 The world of dating can be a tough place to traverse – what with so many apps to keep up with, ghosting, Covid anxiety and more.

But it can be even harder if you feel like your dating pool is limited by the height of potential matches.

This is something often felt by a lot of taller women – mainly because of society’s problematic stereotypes.

Tom Holland recently spoke about these ‘ridiculous’ relationship stereotypes himself – remarking it’s stupid to assume that his and Zendaya’s height difference would ever be an issue.

Essentially, the issue stems from the view that men need to be taller and women need to be shorter in a heterosexual relationship. This pressure makes couples that don’t fall into this ‘different the norm.’

This is something that frustrates Hollie-Anne, who says people feel like they have a right to comment on her and her partner’s heights.

She tells Metro.co.uk: ‘I’m 5ft 10 and my boyfriend is 5ft 8 and even the two inches difference has been enough for people to comment – usually on the fact I’m tall for a woman, and it makes me cringe.’

‘People always say I’m tall – as if they’re stating the obvious and like I don’t know it.’

Hollie-Anne is open to dating shorter men – but senses many don’t feel the same about taller women.

‘I’ve never had a problem dating shorter men – but found a lot were put off by my height,’ she adds.

‘On dating apps I’ve had men ask my height and then be put off by it. They’d assume I wouldn’t want to date someone shorter and just cut the conversation there and then.

‘Many used to ask if I wore heels – as if it was some big deal-breaker if I did. The truth was that I didn’t mind dating shorter men at all; I expected it being my height.’

Now, there’s no denying that being a shorter man is filled with its own challenges.

Men with shorter statures have spoken themselves about a lack of interest from others – something backed up by one study that found 48.9% of females said they would only date taller men.

Men have noted their shortness can have a detrimental impact on their sex life. In fact, one study from Chapman University in California found that taller people tend to have more notches on their bedposts.

Some short men also feel the need to overcompensate by being excessively dominant or hostile in their interpersonal relationships – also known as ‘short man syndrome’ or ‘the Napoleon complex.’

But heterosexual dating is a two-way street. So what about those on the other side of the equation?

Amy, who is 5ft 11, says: ‘I think some men, not all, might feel emasculated by tall women and also being tall or large isn’t seen as very “feminine.”

‘It is a lot harder to date when you’re a tall woman as being tall is seen as being less “feminine” – incorrectly so, but it is.

‘So it’s not feminine and not desirable or attractive – unless you’re a supermodel and a size six, but for your average person.

‘Being tall definitely affects how you feel when you meet new people – as it’s all about making a good first impression.

‘And I think men – well, society and media in general (through the male gaze) – really idolise a really small and petite woman.

‘So if you’re a tiny little thing, that’s seen as more attractive than someone who is tall or muscular – or seen as more feminine.’

Megan, who is 5ft 8, agrees that the idea that women need to be petite to be ‘feminine’ is extremely problematic.

She says: ‘I think it’s people’s perception of what society thinks they should be that is the problem – e.g. women want to be dainty and small, men want to be big and tough.

‘So if you’re with someone who doesn’t make you feel that way, it’s uncomfortable.’

Natalie, who is 5ft 11, says that height has always been important thing for her when it comes to dating and attraction – but perhaps only because she’s been made to feel this way by ‘accepted norms.’

‘I think a lot of that comes down to what society teaches us about how a couple is supposed to look, and I have likely internalised some of that,’ she explains.

‘I would find it hard to be with someone much shorter than me because I would feel self-conscious – which I know is ridiculous. It really shouldn’t matter.

‘Back when I was dating, I would find that men who were my height or shorter would very rarely approach me, or they would make an awkward comment about my height.

‘It’s silly, but when there are already so many annoying things to think about when it comes to romantic matches, it’s just easier to go for someone taller than me so the height thing doesn’t need to be an issue.’

Many taller women say they have to change their behaviour to avoid this ‘being an issue’ with men.

Megan, for example, always makes her height known to potential dates in advance – so was relieved when apps introduced the height function on profiles.

‘Before on dating apps I’d always make sure men knew my height before the date,’ she adds.

‘It’s a bit awkward to just add it into conversation – so having height listed on my profile removes the need to do that.’

Although, she takes men’s heights with pinch of salt.

‘I appreciated when dating apps like Hinge brought in the height function – although you have to subtract two inches from what men say to get the real height,’ she says.

While Amy adds that – if she was ever meeting someone for the first time – she would feel the need to wear flat shoes.

She says: ‘If I was going on a date with someone for the first time, and I didn’t know how tall they were, I’d probably wear flats, or close to flats – because I think some men, not all, but some might feel emasculated by tall women.’

Being self-conscious of height is even something Amy feels now, when she’s wearing heeled shoes with her partner.

‘If my partner and I go I feel self-conscious if I wear heels – even though he’s taller than me, by maybe an inch or two. But I still don’t want to feel like I’m towering above him,’ she adds.

Put simply, height difference stereotypes not only impact men, they’re a real struggle for taller women too – with many feeling the need to give a ‘head’s up’ to potential dates and change their footwear.

But ultimately, as Tom Holland summed up so well, it’s society’s views on height that need to change – not the couples themselves.

Hopefully, the more we talk about why we hold these height prejudices, the better we will get at understanding and overcoming them.