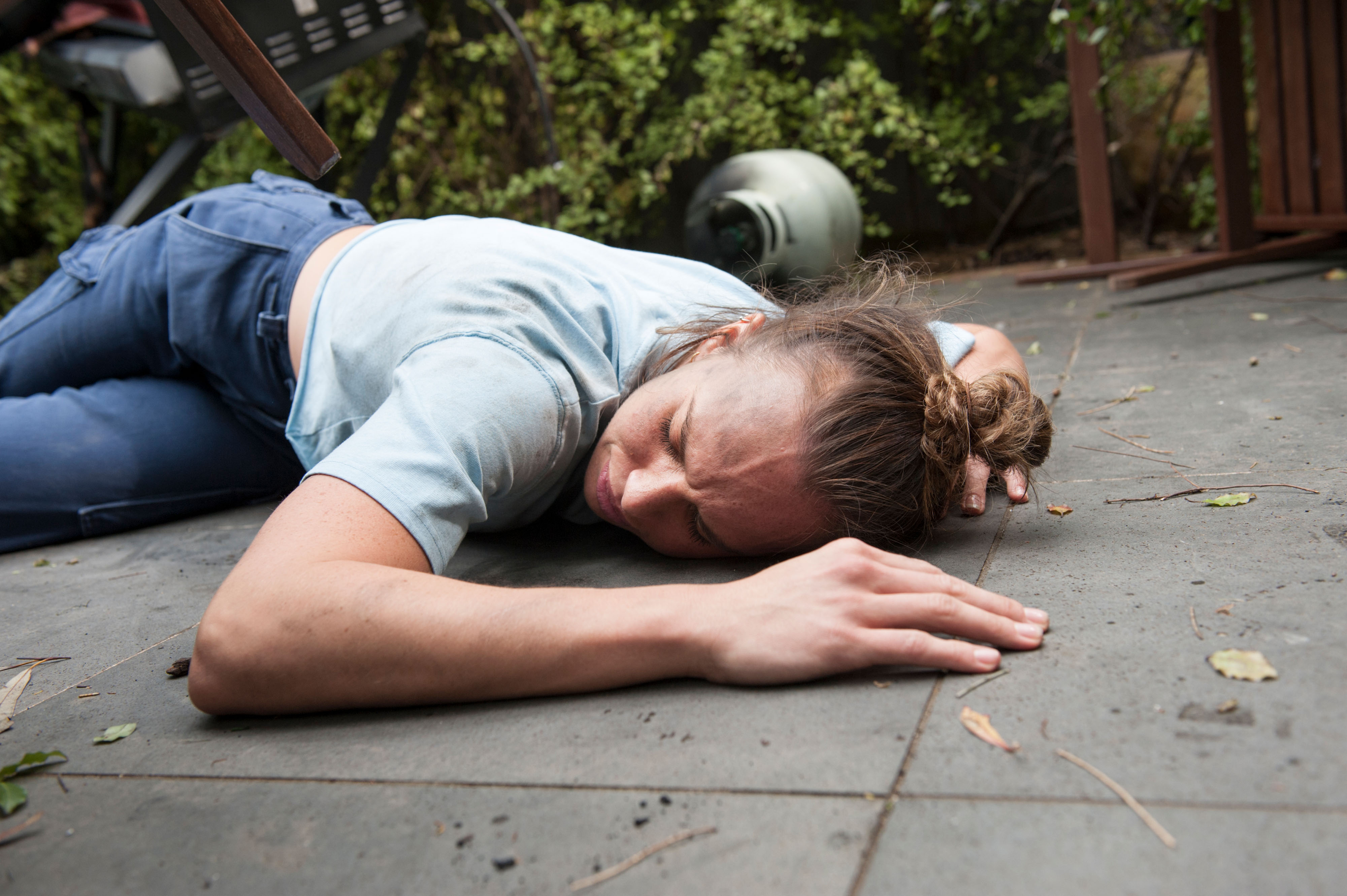 Kyle Canning (Chris Milligan) thinks he’s got away with nearly killing the food competition judge when she survives his poisonous mushroom gravy, but his deadly dish is about to claim another victim in Neighbours, and this time the outcome won’t be such a relief.

Could he be about to kill one of his best friends?

Unfortunately for Kyle, the evidence of his foul-up with the judge has not been destroyed and is still available for another unwitting eater to sink their teeth into. At first it looks like it might be Toadie (Ryan Moloney) as he gets his hands on the roo pies, but he palms them off on Ned (Ben Hall).

Ned decides to share these tasty treats with Bea (Bonnie Anderson), having no clue how harmful and toxic the contents is. Bea chows down on the pie and it’s not long before she starts to feel a bit queezy. But this time the deadly pies don’t just cause some stomach cramps and nausea. She’s hit by a wall of pain and collapses as the toxins surge through her body.

Bea’s rushed to hospital where her organs begin shutting down one by one. She’s dying before David (Takaya Honda) and Karl’s (Alan Fletcher) eyes as they desperately try and save her. Roxy and Kyle return home to hear the news and are consumed wit guilt, Bea might die because of them. What will Levi do to Kyle when he finds out?