Let me entertain you! Sleepwalking woman is captured on camera ‘hosting a dinner’ and ‘throwing a pool party’ without waking up

A woman has shared hilarious footage of herself sleepwalking around her house, while believing she’s hosting a ‘pool party’ in her garden.

Celina Myers, from London, Ontario, is a frequent sleepwalker and her husband Adam decided to set up cameras all over their house to capture her amusing late night antics.

Celina, who goes by Celinaspookyboo on TikTok, left viewers in stitches after taking to the social media platform to share her hosting ‘a pool party’ while sleepwalking.

In the hysterical video, the beauty brand owner could be seen muttering under her breath as she walked at speed into the kitchen in her pyjamas.

She then reappeared with her arms filled with drink cans and squealed before rushing out of her front door into her snow-filled garden.

I remember dreaming about a pool party 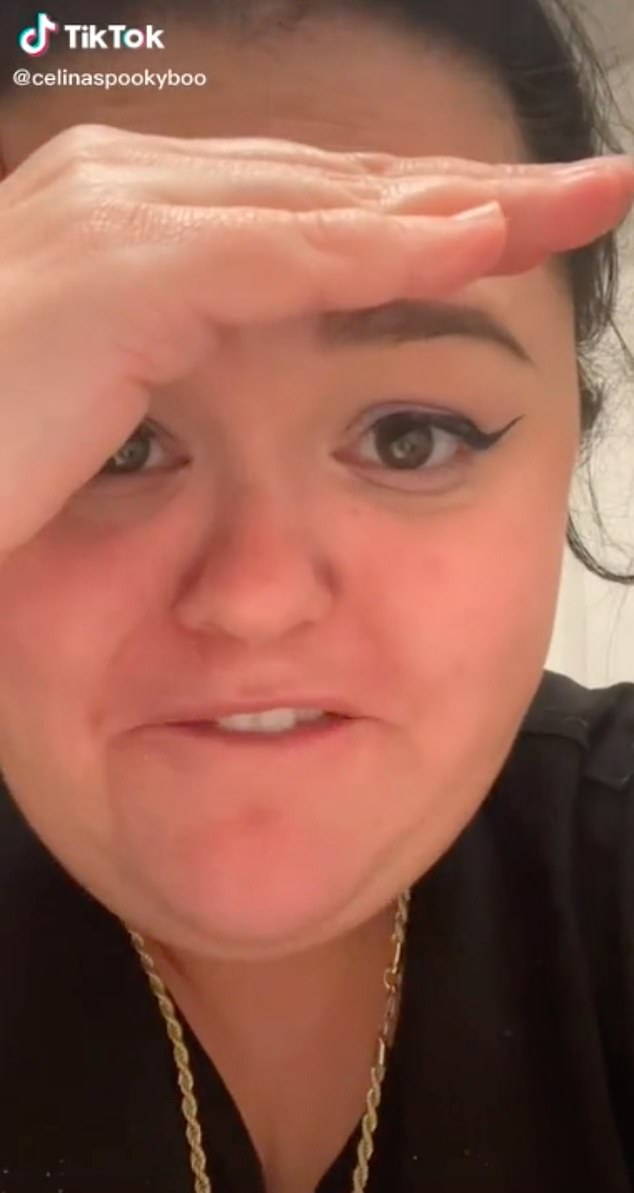 Celina Myers (above), from London, Ontario, is a frequent sleepwalker and her husband Adam decided to set up cameras all over their house to capture her amusing nighttime antics

Celina hilariously started throwing the cans on to her lawn, clearly thinking that she was generously handing out drinks to her guests – rather than to the snowy ground.

Continuing to laugh, she walked back inside to get more drinks, before bizarrely saying: ‘It’s like a moose knuckle.’

After she went back outside and continued to ‘feed the lawn’, a baffled passerby walked past her house and momentarily stopped to watch her strange behavior.

Celina was hysterically giggling and mumbling incoherently as the person watched her from the bottom of her lawn, before slowly walking away in confusion.

The sleepwalker admitted that it was her ‘favorite’ video of her sleepwalking yet, also writing in an accompanying caption: ‘I remember dreaming about a pool party’

The hilarious video has already raked up an impressive 7.7million likes, with viewers commenting that they hoped the passerby saw the TikTok so he could get ‘closure’. 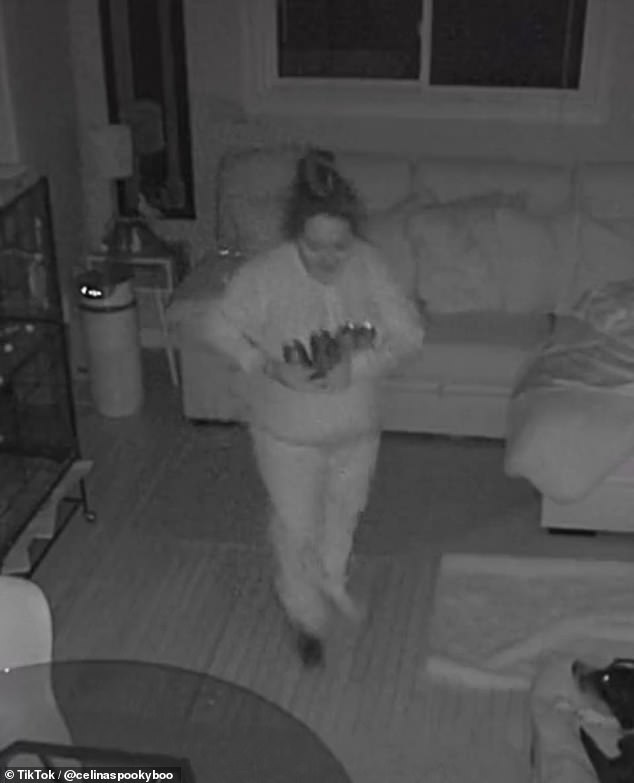 In the hysterical video, Celina thought she was hosting a ‘pool party’ and ran into her kitchen to get drinks before walking outside in her garden to join the partygoers

One person wrote: ‘Imagine seeing someone laughing and throwing soda at a lawn while you’re walking at night’

While another penned: ‘Oh please let that man see this video, I guarantee he needs closure. Otherwise he’s sitting at home wondering what was going on.’

And a third gave some sound advice, writing: ‘Babes, you need a sound alarm for that door’

Celina later shared another amusing video of her sleepwalking antics, where her husband Adam had to chase her back into the house after she made a run for it.

In an accompanying caption, she described Adam as a ‘real trooper’ for sifting through ‘two hours of footage’ to find the hysterical moment.

She was seen apparently hosting an imaginary dinner party in their lounge as she handed out dishes of ‘food’, pushing a plate over to her ‘guest’ and telling them to ‘go first’. 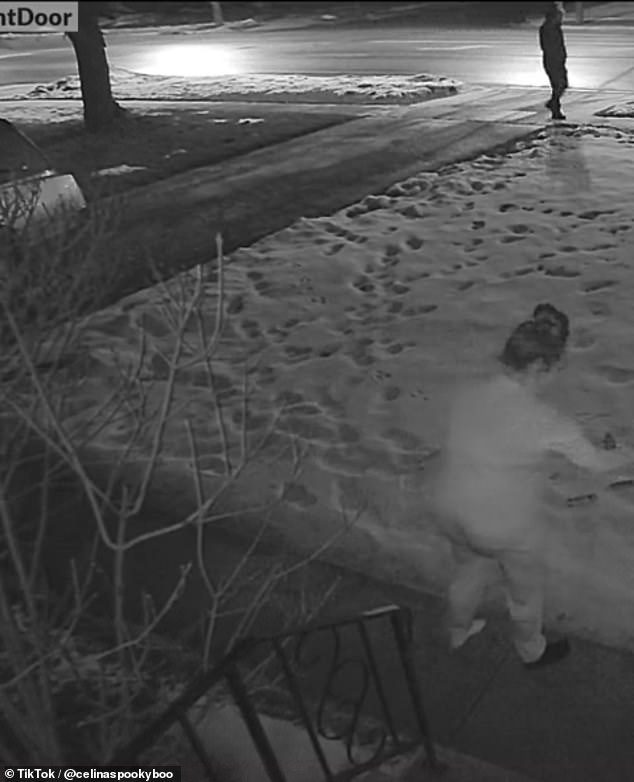 Much to a confused passerby’s surprise, Celina started throwing the cans on to her lawn, thinking that she was handing out drinks to her guests – rather than to the snowy ground

This was taken from 2 hours of footage. Adam is a real trooper

Celina first said that she doesn’t ‘want’ the food, before tucking in to the imaginary meal and chatting away to her invisible party.

But she then became extremely excited and ran at top speed out of her house and down on to the sidewalk while laughing like a ‘maniac’.

Adam was heard racing to put his shoes on before he chased after Celina and herded her safely back into the house.

Other followers urged her partner to get a ‘child lock’ for their door as they ‘scared’ for her when she ran outside on the snowy night.

One user quipped: ‘The way you run like a toddler that has broken free lmfao’

And another commented: ‘Omg I was so scared for you when you went outside’

A third wrote ‘Adam needs to put child locks on the door lol’, while another follower said ‘where were you going tho?’

And a fifth penned: ‘Hahahahahah your husband is the real MVP’