"I am sorry I trusted others who I thought were friends but only intended to dupe me for their own benefit."

Shanna Moakler has responded after Carson Kressley spent the weekend apologizing for turning on her and voting her out of the “Celebrity Big Brother” house.

Moakler was evicted from the show last Monday, after Carson and Cynthia Bailey were duped by Todrick Hall — a longtime colleague of Carson’s on “RuPaul’s Drag Race” — and Miesha Tate, who painted Shanna as a double-agent in the house. Though Shanna did work with Miesha and Todrick early in the game, she and Chris Kirkpatrick switched sides, working with Carson and Cynthia and even taking Kressley off the block. But her actions were no match for Hall and Tate’s words — which C+C accepted as fact — and Shanna was voted out on Monday night.

In numerous exit interviews — including one with TooFab — Kressley expressed huge regret for how he handled the Moakler situation, after becoming aware of Todrick and Miesha’s blatant exaggerations following his own eviction Friday night. He also took to Instagram on Sunday evening to share an additional apology, while vowing to do it yet again on Wednesday night on-air during the finale.

“Now that I’m out of the @bigbrothercbs house I have had time to catch up on A LOT of the things that had been going on of which I was unaware: I admit I had not seen much of Big Brother prior to being invited and I severely underestimated the tactics and behavior that are part of game play,” he began. “Days, weeks, hours without access to family, friends and the outside world provides for bonding, sure, but it allows for a false sense of trust too and paranoia about your instinct. I met Shanna in 2008 when we worked together on CROWNED and loved her. I NEVER should have assumed she was playing me.”

“Shame on me! I am sorry I trusted others who I thought were friends but only intended to dupe me for their own benefit,” he continued. “I turned against not only Shanna, but my own values of friendship. Like @juliechenmoonves said, I should have trusted actions over words and I learned a valuable life lesson. @shannamoakler I owe you a huge apology for this terrible mistake and I look forward to telling the world the same on Wednesday night.”

Well, apology accepted, as Moakler shared her own post later in the evening — saying that while her feelings were hurt, she does “understand it’s a game.”

“If there is one thing I know @carsonkressley is that you have always had a huge heart and a kind soul. All my interviews stated how I hoped you’d be in the house and we would get the chance to play together!” she wrote. “I got that chance, I can’t say my feelings were not hurt and my last days in the house sad, but I do understand it’s a game.”

“Thank you for the kind words and acknowledgment. The @bigbrothercbs experience is one no one can truly understand unless you have been in that house and lived in the environment we did. Not easy,” she added. “Thank you for being the class act I always knew you were and I’m still taking you up on that pedicure!” 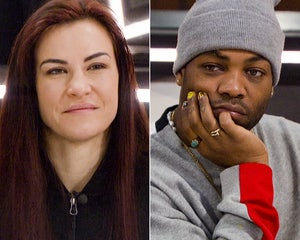 Celebrity Big Brother Blowout: It's Todrick and Miesha vs. the House as New HOH Is Crowned

Speaking with TooFab, Kressley said Hall and Tate’s behavior was “infuriating and disappointing, because I had known Todrick outside of this for a long time working on other shows and I just felt like he wouldn’t have tried to do us that hard, but he did and we listened and Shanna paid the price and that was my fault.”

“And we were so stupid and I feel awful for Shanna and I would apologize to her 1 million times,” he added. “That’s the one thing I regret about the show and I have run over in my head a million times. Like I wish I just hadn’t taken the bait and the momentum from the house and had done what I’d done because I probably wouldn’t be sitting here and Shanna wouldn’t be sitting where she is.”

“I will say I was very disappointed with Todrick because like I said, I just thought there’d be a little bit of — I know it’s a game, I know you’re supposed to do anything, but he was a little more cutthroat than I think he needed to be,” he added, saying Hall especially will have a hard time with jury management come finale night, should he make it to the final two.

Two more stars will be evicted on Monday night, before Wednesday’s finale. 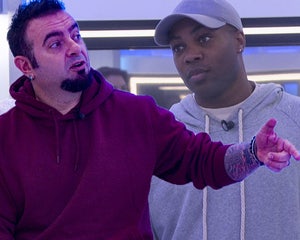