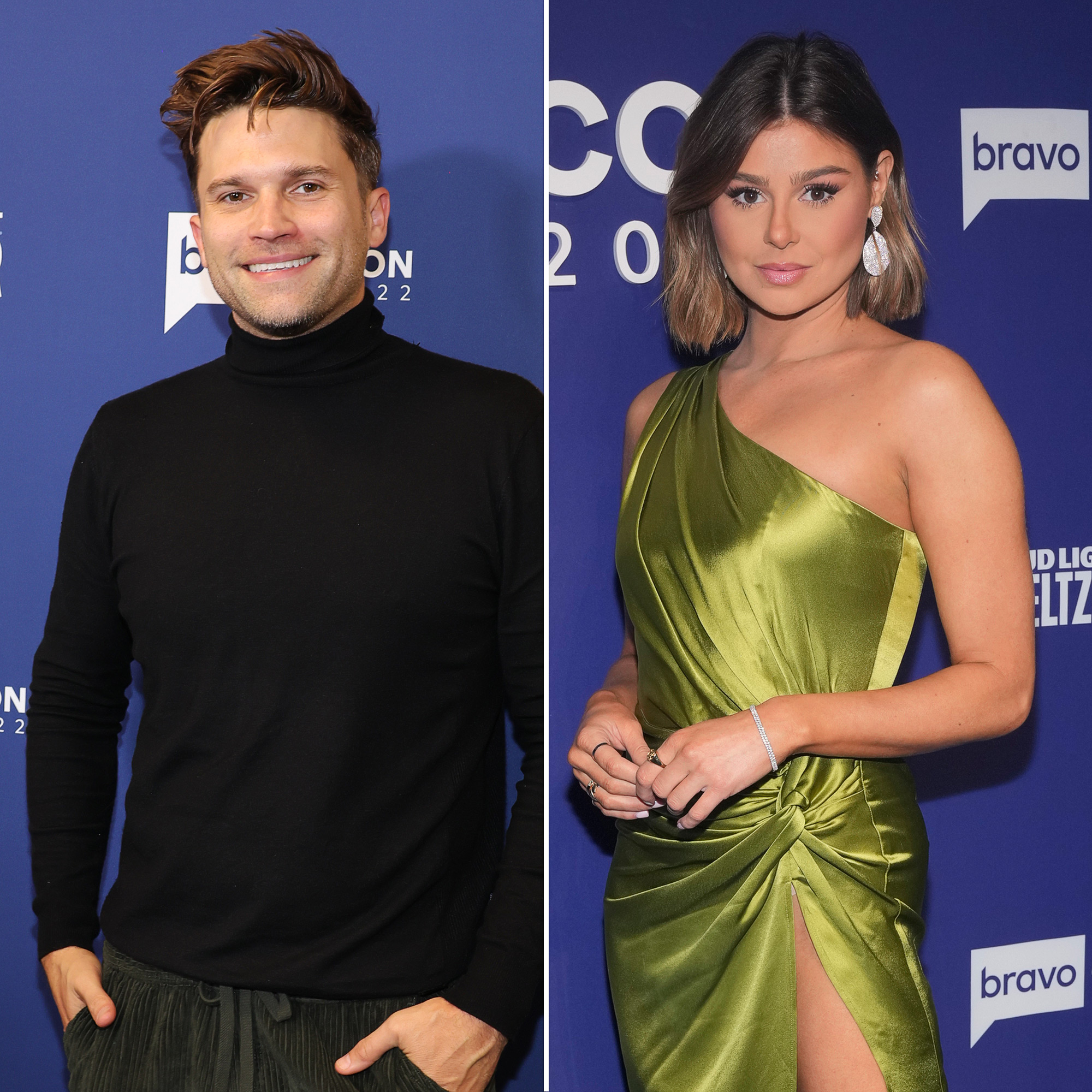 There was a spark! Vanderpump Rules’ Tom Schwartz and Raquel Leviss “aren’t dating” after hooking up at pal Scheana Shay’s wedding in August, a source exclusively tells Us Weekly.

A Comprehensive Guide to ‘Vanderpump Rules’ Hookups Over the Years

“They’re just friends but have certainly gotten much closer since Tom and Katie [Maloney] split,” the insider says. “They have a great connection, and the chemistry is there.”

Despite hitting it off in Mexico while celebrating Shay, 37, and husband Brock Davies, the Bravo personalities aren’t an item, per the source.

“Since the hookup happened, they kind of went their separate ways and just hang out together with friends,” the insider tells Us. “They’re both keeping their options open.”

The former pageant queen, 28, for her part, is “going on more dates” than the TomTom cofounder, 40, the source explains, pointing out that Schwartz “isn’t really dating.”

The Minnesota native has been “taking things slow” in the romance department following his March split from Maloney, 35, the insider says. “[Tom] is focused on other things such as his new restaurant. He’s been leaning on his friends especially [Tom] Sandoval.”

Us confirmed in August that Schwartz and Leviss “made out” after some “heavy drinking” with a source adding that they “heard through the grapevine” that “more happened” while they were in Cancun, Mexico, for Shay’s nuptials.

The hookup came just months after the Schwartz & Sandy co-owner announced that he and Maloney had separated after more than 10 years together. Schwartz’s divorce was finalized on October 12.

Leviss, meanwhile, was coming off a breakup with James Kennedy. The California native confirmed her split in December 2021, revealing at the time that the pair had called off their engagement after seven months.

Earlier this month, Schwartz revealed where he and Leviss stand now following their brief fling. “I don’t want it to be anti-climatic, but me and Raquel have forged a really solid, deep friendship now. It’s so burgeoning,” he exclusively told Us while attending BravoCon 2022 on October 15.

The TV personality explained: “We’re tight now. [In the past], I would just say, ‘Hi Raquel’ [and] she’d say, ‘Hi Tom.’ And then we would walk by each other for like two seasons. And then now it’s like we have an awesome relationship — not relationship-relationship. Platonic.”

Leviss agreed with her costar, telling Us at BravoCon that she and Schwartz were “good friends” at the moment.

“I feel like [our breakups] kind of brought us together as friends and we’ve been able to support each other,” the model added. “I wasn’t expecting that friendship to blossom, but I’m happy that it did.”

Maloney, for her part, has recently started dating 25-year-old actor Satchel Clendenin. Kennedy, meanwhile, is in a relationship with Ally Lewber.