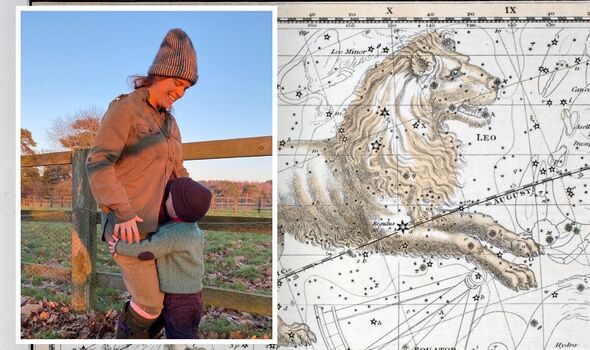 Princess Eugenie and Jack Brooksbank tied the knot in 2018 and have one child together, August Philip Brooksbank, who was born on February 9, 2021. The Princess of York just announced that she is pregnant with her second child, who is due to be born in the upcoming summer.

The royal posted on Instagram: “We’re so excited to share that there will be a new addition to our family this summer”.

August, who turns two next month, is an Aquarius, and his compatibility with his new younger sibling if they turn out to be a Gemini (May 21 to June 20) will be exceptionally strong.

Because Aquarians have a “perpetual wise-old grandma energy” according to Pure Wow, Geminis tend to look up to their Aquarius siblings.

Those with a Gemini star sign are said to bring out Aquarius’ playful side, whereas those with an Aquarius horoscope can make Geminis feel very smart.

However, if Jack and Eugenie’s new baby turns out to be a Cancer (June 21 to July 22), their relationship will not be as close, according to astrology.

According to Baby Centre, August and his new sibling “aren’t likely to play together much” because they are “just too different”.

Those with an Aquarius star sign reportedly struggle to understand why Cancers can become so emotional, which could lead to difficulty growing up.

If Princess Eugenie’s new baby turns out to be a Leo (July 23 to August 22), August and his new sibling will be “different” but also “similar” at the same time, according to the website.

Although both star signs are “quite stubborn”, they will still have the ability to be “great friends”.

Arguably the most compatible star sign for Princess Eugenie’s new baby will be a Virgo (August 23 to September 22), because Virgos and Aquarians “get along well together”, according to the website.

This is because neither star sign is overly emotional, and August and his sibling won’t want the other to change.

As the experts say, Virgos and Aquarians “happily accept and respect one another”.

His younger sibling, however, will be born in 2023 which is the Chinese Year of the Rabbit.

According to My Pundit, these two horoscopes can get along together fairly well.

They said: “Since the ox is dependable and the rabbit is sweet, they are both drawn to each other.

“Although the Ox Rabbit compatibility can be a little contrasting at times, their differences complement each other well.”

Princess Eugenie was born on March 23, which makes her an Aries.

Similarly, Jack Brooksbank was born on May 3, which makes him a Taurus.

Those with Aries and Taurus star signs are said to always find a common ground for their relationship.

This is because those with an Aries astrological sign are seen as loyal in their relationship and this increases their compatibility with each other.