Prince Louis isn’t the only one who can steal the show.

Princess Charlotte reminded royal onlookers where her 4-year-old brother gets his silly mannerisms from by making funny expressions of her own at the 2022 Commonwealth Games in Birmingham, England, Tuesday.

The 7-year-old princess rocked a striped dress at the event with her parents, Prince William and Kate Middleton.

While watching gymnasts, swimmers and hockey players compete, Charlotte made the Duke and Duchess of Cambridge, both 40, laugh by giving spirited cheers, sticking out her tongue, holding out a thumbs-up and more.

The animated royal is no stranger to making headlines for her antics over the years.

Not only did Charlotte show her tongue on her way to Prince Harry and Meghan Markle’s May 2018 wedding — just like her uncle, 37, did while visiting his cousin Princess Beatrice in 1998 — but she dissed photographers two months later. 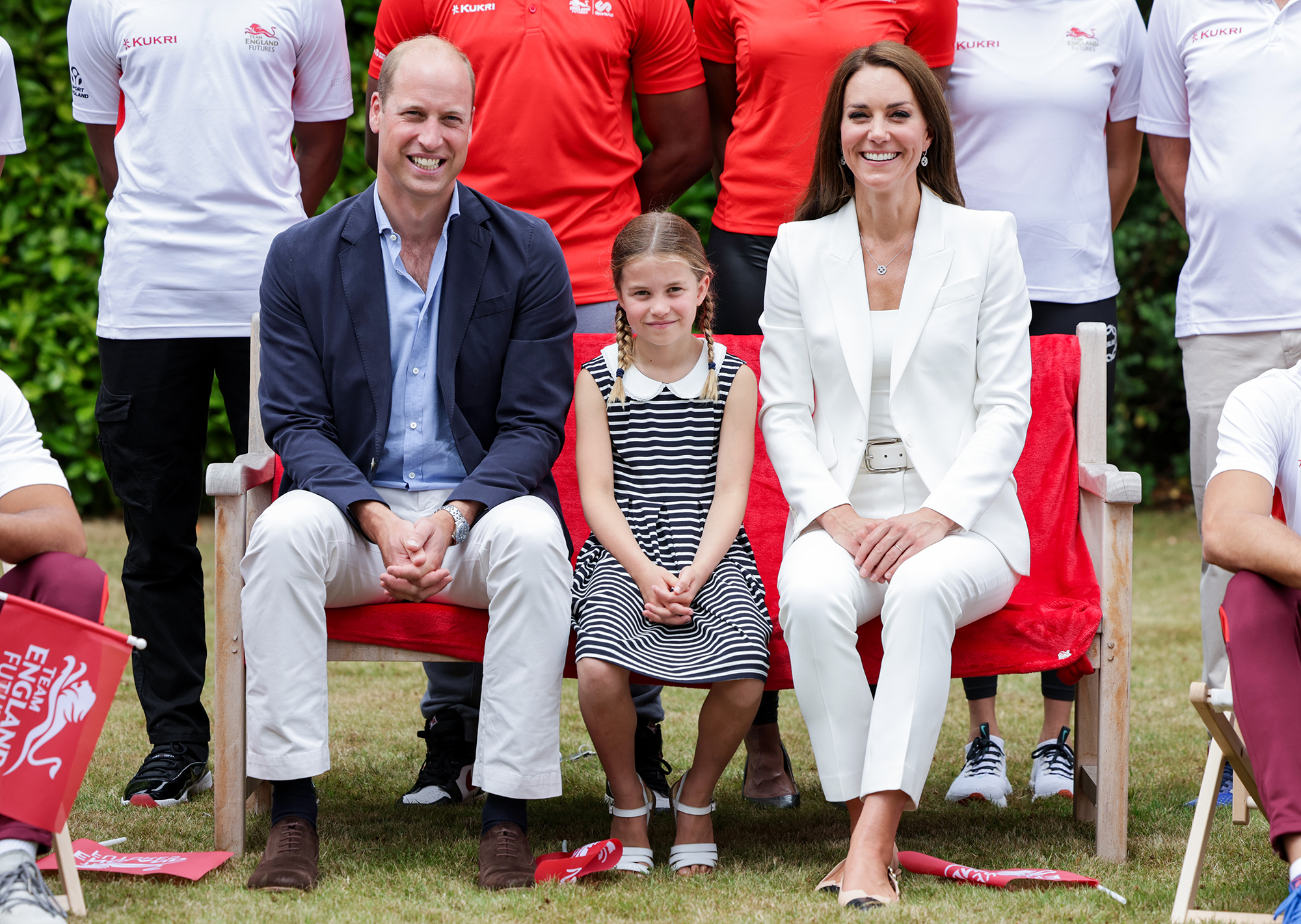 In August of the following year, the young royal family member stuck out her tongue yet again while attending a sailing race with her parents and older brother Prince George. 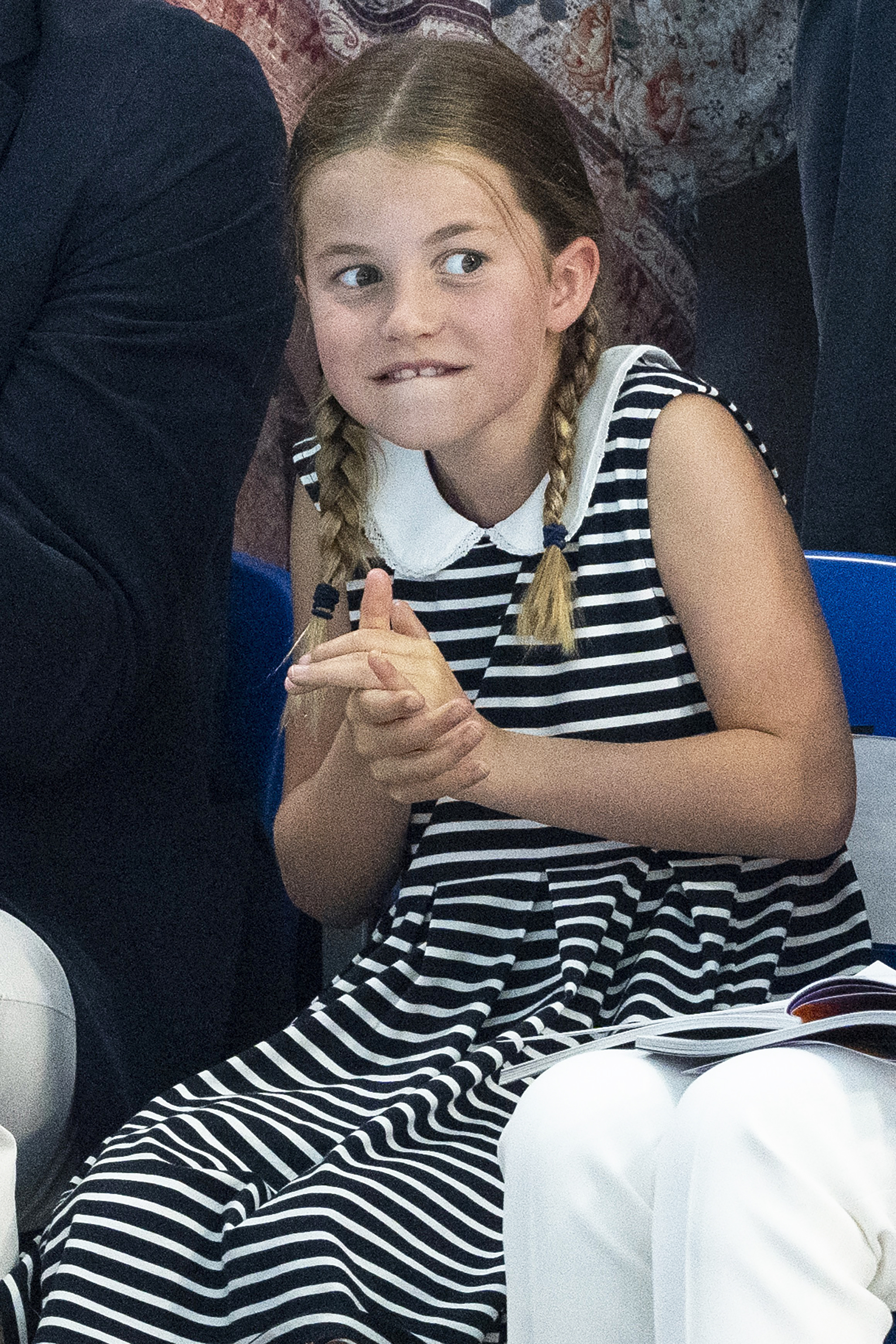 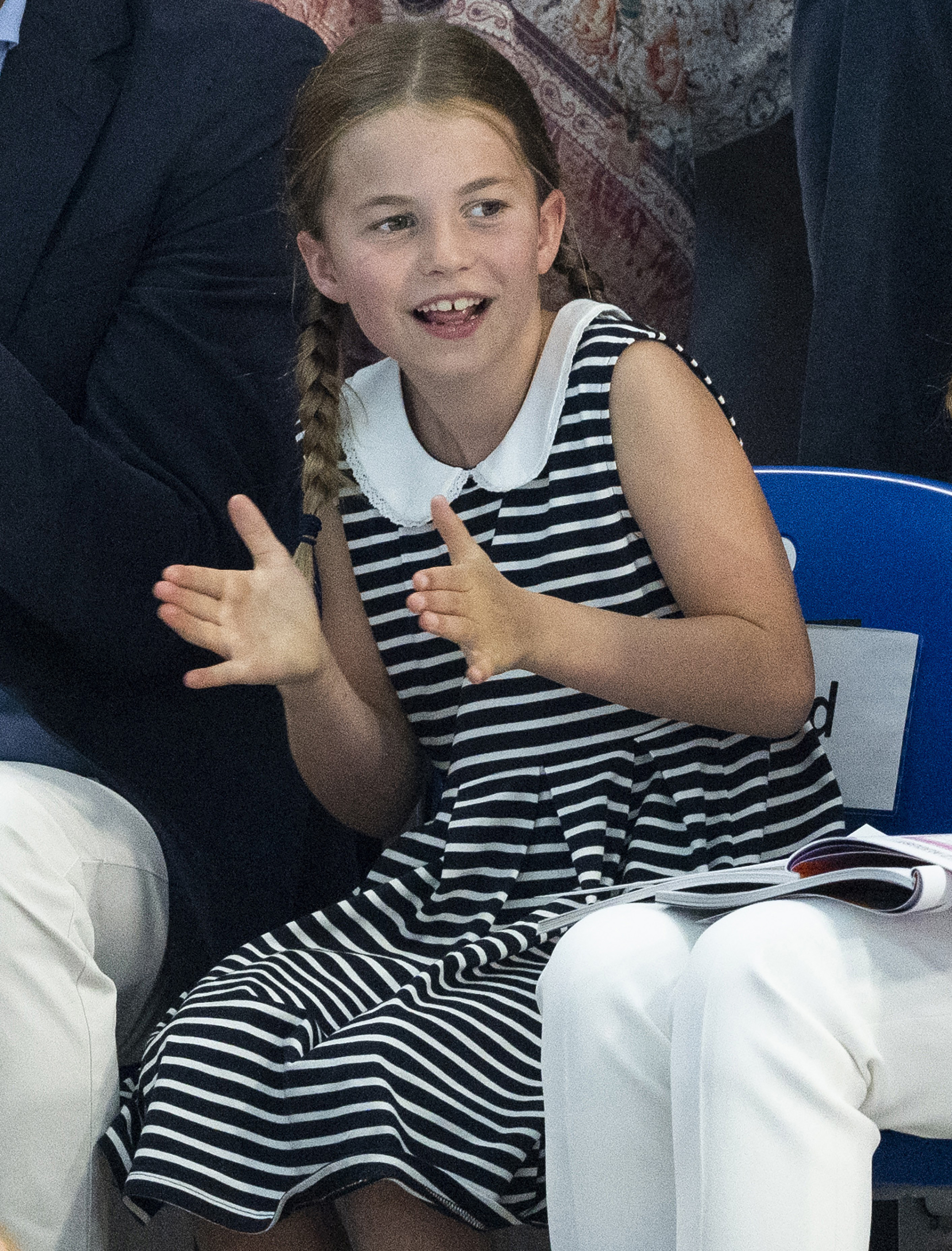 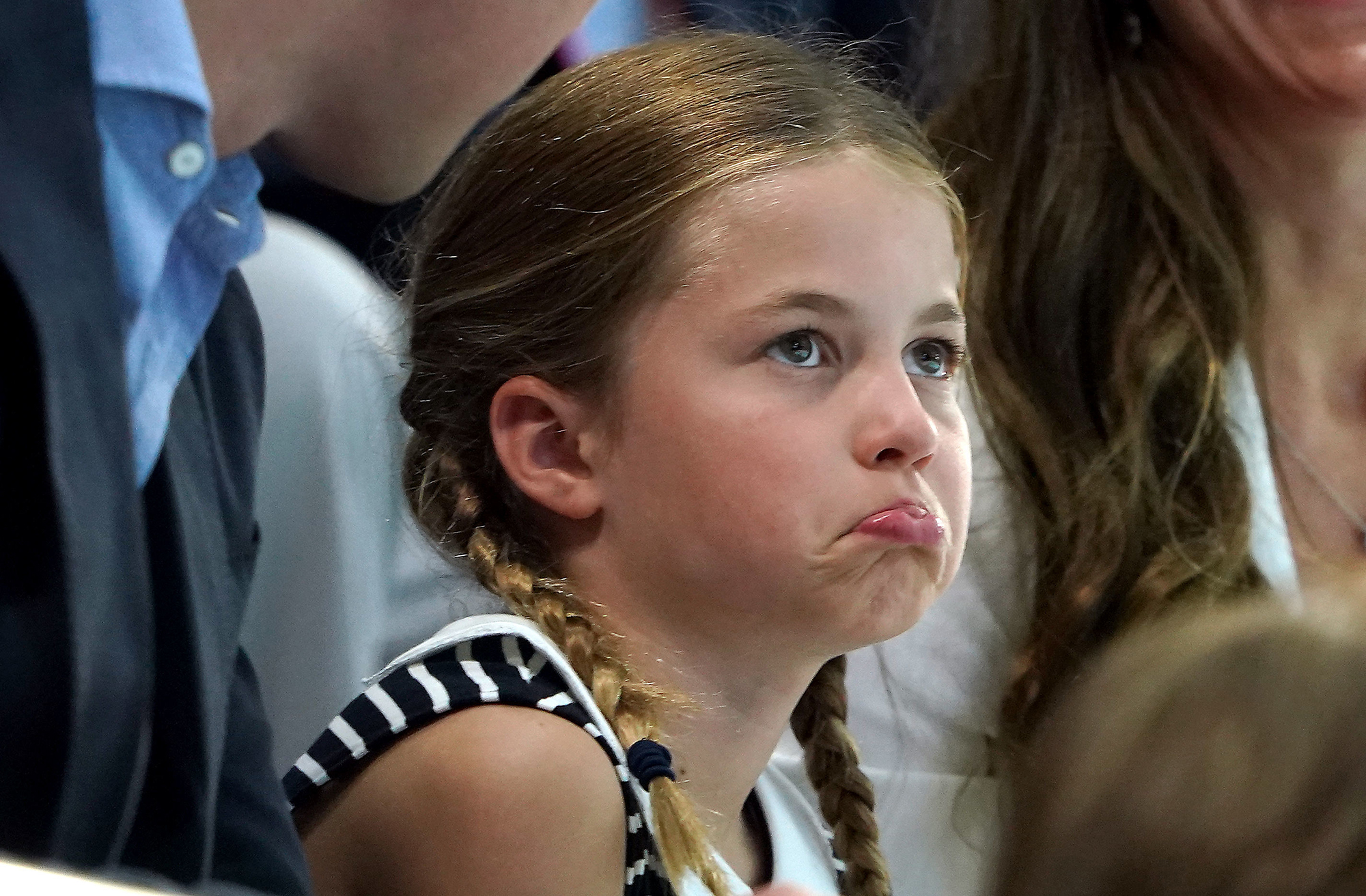