Prince William was back to work today following the release of Harry and Meghan’s explosive Netflix documentary as he chatted to Earthshot Prize winners.

The Prince of Wales, 40, brushed off jibes from his brother that may have been pointed at him about how men in his family tend to marry women who ‘fit the mould’ as he hosted a Zoom call this afternoon.

His cool demeanour comes as a royal source claimed William was likely going to be ‘doing the school run’ while the long-awaited docuseries dropped on Netflix at 8am yesterday.

William, who presented the Earthshot Prize last Friday evening in Boston, US, looked relaxed as he chatted with the winner after a transatlantic row erupted between Kensington Palace and Netflix over the content of the docuseries and whether or not the Royal Family had been given a right of reply. 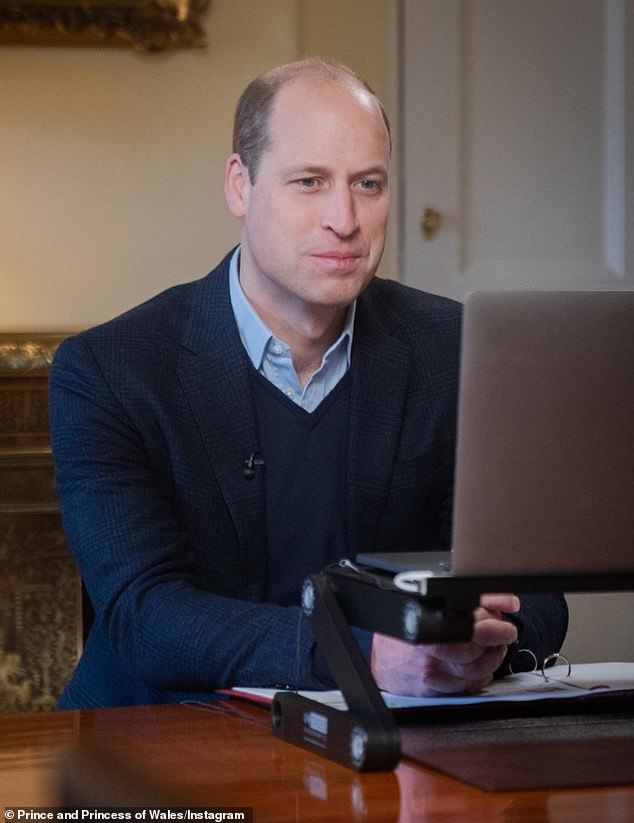 The Prince and Princess of Wales’s Instagram account posted a photo of Prince William, 40, chatting on Zoom to the Earthshot Prize winners this afternoon, a day after the Duke and Duchess of Sussex’s documentary aired on Netflix

A photo of the William on Zoom was posted on the Prince and Princess of Wales’s Instagram account, with the caption: ‘A pleasure chatting to our Earthshot Prize 2022 winners this morning!

‘Can’t wait to see what the future holds for these brilliant solutions and the wonderful teams behind them.’

The Royals put on a brave face today as they tried to breeze past accusations of ‘unconscious bias’ within the Firm made by Prince Harry during the documentary.

King Charles and Queen Consort Camilla visited Wrexham in Wales this afternoon where they met with the football club’s Hollywood owners. 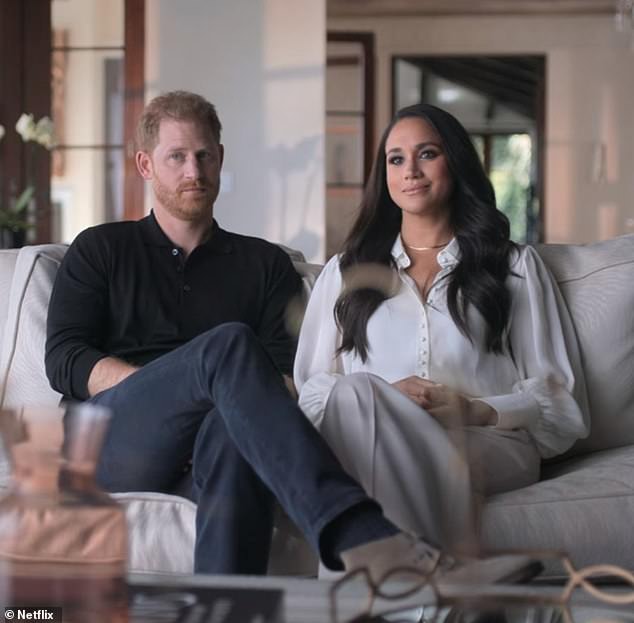 The King was pictured chatting to both Ryan Reynolds and Rob McElhenny, who bought Wrexham FC in February last year.

Meanwhile across the pond, the fallout from the first three episodes of the £88 million docuseries continues, as the Sussexes released a statement hitting back at criticism they received after the show aired.

The couple denied they quit royal duties and emigrated to the US because they wanted privacy, after viewers questioned why their show featured intimate insights into their lives.

The couple handed over 15 hours of personal video they had recorded in the early months of 2020, according to director Liz Garbus, who dodged questions about how much control the Sussexes had over the shows – calling the completed series a ‘collaboration’.

Experts have claimed their decision to give up royal duties was a sign they wanted to live more privately. Harry himself said Megxit, he hoped, would lead him and his family ‘into what I hope will be a quieter life’.

Some of the contentious assertions made by the couple in the documentary include Harry saying he was ‘literally brought up’ by a ‘second family’ in Africa where he chose to spend three-month stints in his late teens and twenties as he came to terms with his mother’s death.

And in a swipe at the choice of wives by his male relatives, viewed as an attack on his father and other senior royals, perhaps even his brother William, Harry insisted that his decision to marry Meghan sets him apart from his family because it was ‘from his heart’ and not simply because she ‘would fit the mould’.

As the Royal Family braces itself for three more episodes of the series next Thursday, their current approach is evidently to keep calm and carry on.