The cause of death has not yet been revealed.

The son of the Sultan of Brunei has died age 38.

Prince Haji “Abdul” Azim, fourth in line to the throne, passed away on Saturday, the government confirmed — but it has not yet revealed the cause of death.

He was buried that same day, as the country began a mourning period of seven days, the Borneo Bulletin reported. 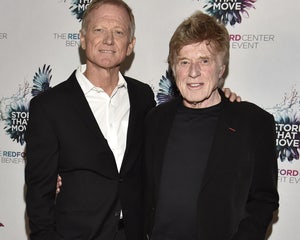 Prince Azim was famous for his glitzy parties and rubbed shoulders with many Hollywood A-listers; photos of him hanging out with the likes of Mariah Carey, Scarlett Johansson, Janet Jackson, Pamela Anderson and more began to flood social media following news of his death.

In 2001, the then-18-year-old prince visited University Hospital in Oklahoma with his father to correct a rare heart condition.

According to an AP report at the time, Azim was born with Wolff-Parkinson-White Syndrome, in which an extra electrical pathway between the heart’s upper and lower chambers causes a rapid heartbeat.

While the extra muscle fiber does not cause serious problems for most sufferers, it can present serious complications. However Prince Azim underwent a radio frequency catheter ablation, which corrected the problem.

Brunei is one of the world’s last remaining absolute monarchies, in which the Sultan — who is also the Prime Minister —  holds supreme power, unrestricted by law, legislature or custom.

Sultan Hassanal Bolkiah is the world’s second-longest reigning monarch (after Queen Elizabeth II), and also the world’s second richest, with an estimated fortune of $28billion (behind only the King of Thailand), thanks to the country’s oil and gas exports.